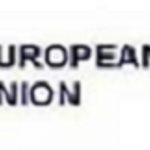 ~ To host art & culture maestros from Europe and India including actors, directors and writers, such as Amish Tripathi, Nila Madhab Panda, Visar Morina, and Mads Brügger ~

~ 8-event line-up of fireside chats, panels and one-on-one discussions will be hosted online by the European Union Film Festival in India ~

The on-going 25th edition of the European Union Film Festival in India extends its offerings as it presents a specially curated line-up of events in addition to the 42 films that are available to watch through November. The festival that launched on Thursday 5 November, went digital this year for the first time, keeping up with social distancing norms, due to the ongoing pandemic. The Festival is organized by the Delegation of the European Union to India with Member States and Partner Countries. Strengthening EU-India cultural and people-to-people ties, the European Union Film Festival has been a beacon of European cinematic excellence for cinephiles across India presenting some of the most critically acclaimed films from the continent, spanning multiple genres and languages.

With the expansion of the festival this year, in terms of the number of participating Member States, and the number of films across languages and genres, the festival promises to leave no stone unturned with eight special events planned between the 16-27 November. While the film festival and screenings will be available to stream free until November 30, the special events line-up will be digitally live-screened for cinema enthusiasts across the country. Available across Zoom calls, cinephiles can watch these sessions from across the country for free.

The side events will bring together over a dozen unique speakers from Europe and India, through sessions focused on the different facets of filmmaking including direction, production, scriptwriting, and acting. Award-winning directors Stephan Komandarev (Bulgaria), Mads Brügger (Denmark), Visar Morina (Germany), Martin Turk (Slovenia), and Delphine Lehericey (Switzerland) will give an insight into their artistic output.

A special session on scriptwriting and works of literature adapted for the screen will feature globally recognized author Amish Tripathi, who will be in conversation with European Union Prize for Literature laureates Marta Dzido (Poland) and Selja Ahava (Finland), and director Delphine Lehericey. To understand how sound affects the cinematic experience, Italian musician Teho Teardo will discuss his compositions for and with Martin Turk’s film Don’t Forget to Breathe. Award-winning actor, playwright and director, and first Romanian Roma actress to participate at the Cannes Film Festival in a lead role – Alina Serban – will discuss her latest movie Alone at My Wedding. Producer Janine Teerling (Netherlands, Cyprus) will introduce her comedy Smuggling Hendrix.

Bringing into focus the existential challenge that the world faces today – climate change – the festival is not only hosting 6 shorts on the topic from the film Interdependence, but will also organize a conversation on this topical issue –  Nila Madhab Panda, whose film Megha’s Divorce features in the climate change section of the festival, will be in conversation with international producer Adelina von Fürstenberg and Sara Venturini from the Group on Earth Observations (GEO).