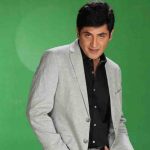 If there is one thing constant in &TV’s Bhabiji Ghar Par Hai are the fun antics and bickering between Tiwari Ji (Rohitashv Gour) & Vibhuti (Aasif Sheikh). This time it is a matter of ₹60,000. Vibhuti owes money to Tiwari but unable to payback. Meanwhile, Amma (Soma Rathod) tells Tiwari to feed the needy without seeking Angoori (Shubhangi Atre)’s help as instructed by Pandit Ramphal. Angoori tells Vibhuti about this, and he suggests feeding TMT – Teeka, Malkhan, Tillu (Vaibhav Mathur, Deepesh Bhan, Saleem Zaidi) who are needy, and Tiwari agrees. Clearly, Vibhuti has a plan hatched to escape the hefty amount he owes Tiwari. TMT hog food as if they have not eaten for days. Later Tillu informs Tiwari that Malkhan has fallen sick. Soon Tiwari finds out that Malkhan is no more! He refuses to believe it and asks for proof. Vibhuti then asks Malkhan to fake his death and pretend as a dead body in the kabristaan. Sneakily, Vibhuti asks Tiwari to compensate Teeka and Tillu for Malkhan’s death. Instead, Tiwari agrees to pay Malkhan’s family – his father and wife. Now, Vibhuti is once again in a fix, and how will he find a way out of this? Says, Aasif Sheikh (Vibhuti), “Tiwari and Vibuti are constantly at loggerheads in trying to outdo each other to impress each other’s wife. But this time the situation is different. Vibuti owes Tiwari money, and he is unable to payback. In trying to get out of the situation, he lays a trap for Tiwari but hilariously lands himself in his web of lies. But will he or will he not get caught is the question? Do watch yet another fun and entertaining episode and find out for yourself!”