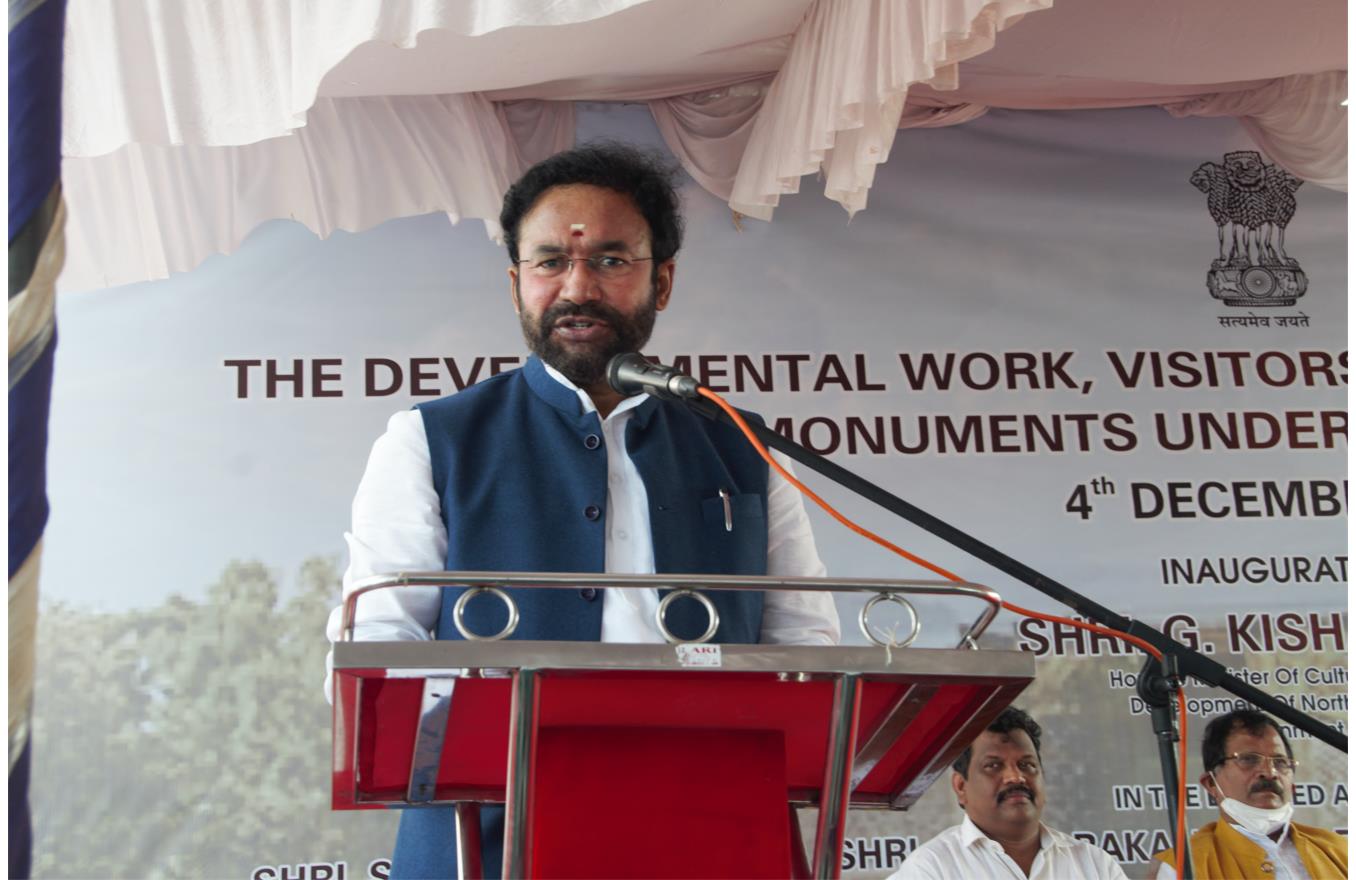 The developmental works are being carried out by Indian Oil Foundation along with National Culture Fund, under the supervision of Archeological Survey of India (ASI).  Tourist infrastructure facilities are being developed at the above-mentioned locations under ASI Goa Circle. These facilities include parking, toilet Block, drinking water facilities, pathways for visitor movement, landscaping, sit-outs and pergolas, electrification, signages etc. 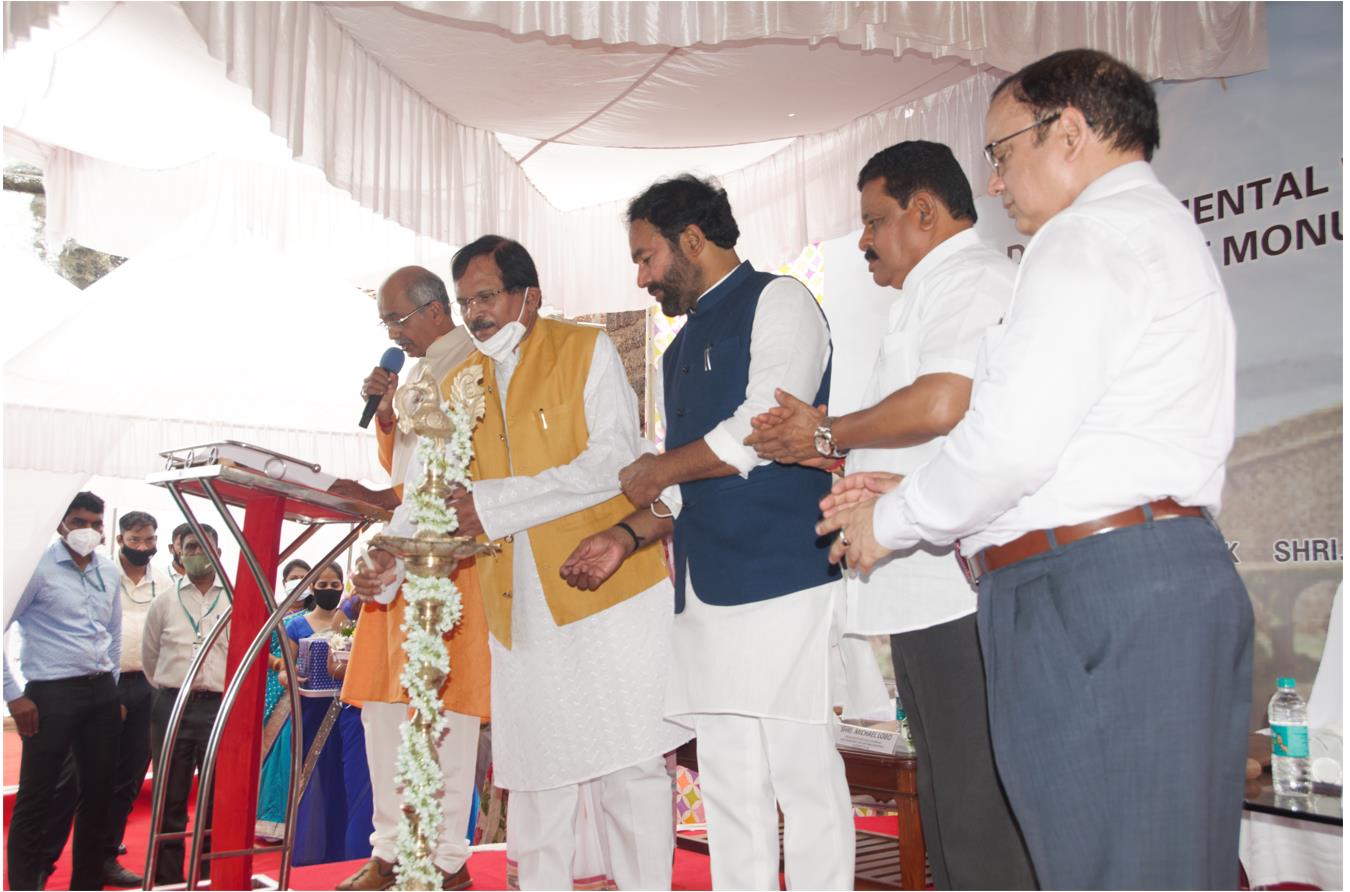 Minister G Kishan Reddy said that it was a coincidence that Goa is celebrating 60 years of its liberation while India is celebrating Azadi Ka Amrit Mahotsav. “COVID-19 had very badly affected the tourism sector. In India, Goa was the most affected state due to its dependency on tourism. Whatever crisis Goa is facing due to the pandemic, the central government will stand with Goa government and the people of Goa,” the minister said and added that Government of India will lend all possible supports to the state government to make Goa a world tourism destination. The minister said that the successful vaccination policy of Government of India had helped the tourism sector to get back to normal. “Tourism sectors could get back to normal only due to the successful vaccination campaign. All the tourists visiting Goa now are vaccinated. It was possible only due to the leadership of Prime Minister Narendra Modi,” he said. The minister also requested the state government departments to carry out the developmental works at tourism destinations as soon as possible. “Today, works at six ASI sites are being taken up. We can start works in more sites and help Goa become a world tourism destination,” he said and requested all the departments involved in the process to speed up the works.

Chief Minister Dr Pramod Sawant, in a video message, thanked the central government and the Minister for Tourism and Culture for all the support extended to the state of Goa.

Union Minister of Petroleum and Natural Gas Shri Hardeep Singh Puri, in a video message, thanked the Indian Oil Foundation for taking up the developmental works at the three ASI sites in Goa.

Union Minister of State for Tourism, Shri Sripad Naik said that since tourism sector is getting back to normal slowly, the works at the tourism destinations in the state should be completed as early as possible. He also requested the Union Minister to extend all the possible support to the tourism development in Goa.

National Culture Fund encourages and invites participation and collaboration in furthering the cause of preserving the rich and varied intangible heritage of our country. The projects in the three ASI sites are funded by the Indian Oil Foundation (IOF).

With the objective of Protecting, Preserving and Promoting this glorious past, Indian Oil on 24th August 2000, created a non-profit trust, the Indian Oil Foundation (IOF), in collaboration with the Archaeological Survey of India (ASI) and the National Culture Fund of the Ministry of Culture, Government of India. Exclusively funded by Indian Oil, the Foundation aims to adopt heritage sites in every State and Union Territory for Development of tourist infrastructure facilities.