Hitherto unknown and unexplored, Sijou, the Bodo language film unveils the inhumane brutality of the feudal land tenure system prevalent across the Indo-Bhutan border until 1958.

The film screened at 52nd IFFI under the Indian Panorama Feature film section, revolves around a young boy Sijou of Saikhong Guri village, near Indo-Bhutan border in Assam. His life takes an unfortunate turn when he becomes a victim of the Feudal Land Tenure System. The subsequent turn of events turns the boy into a monk.

Addressing a Press Conference today, the Director of the film Vishal P. Chaliha said, “When I think of slavery, the picture of Africa used to come to my mind. I never knew that slavery was also prevalent next to my home.” 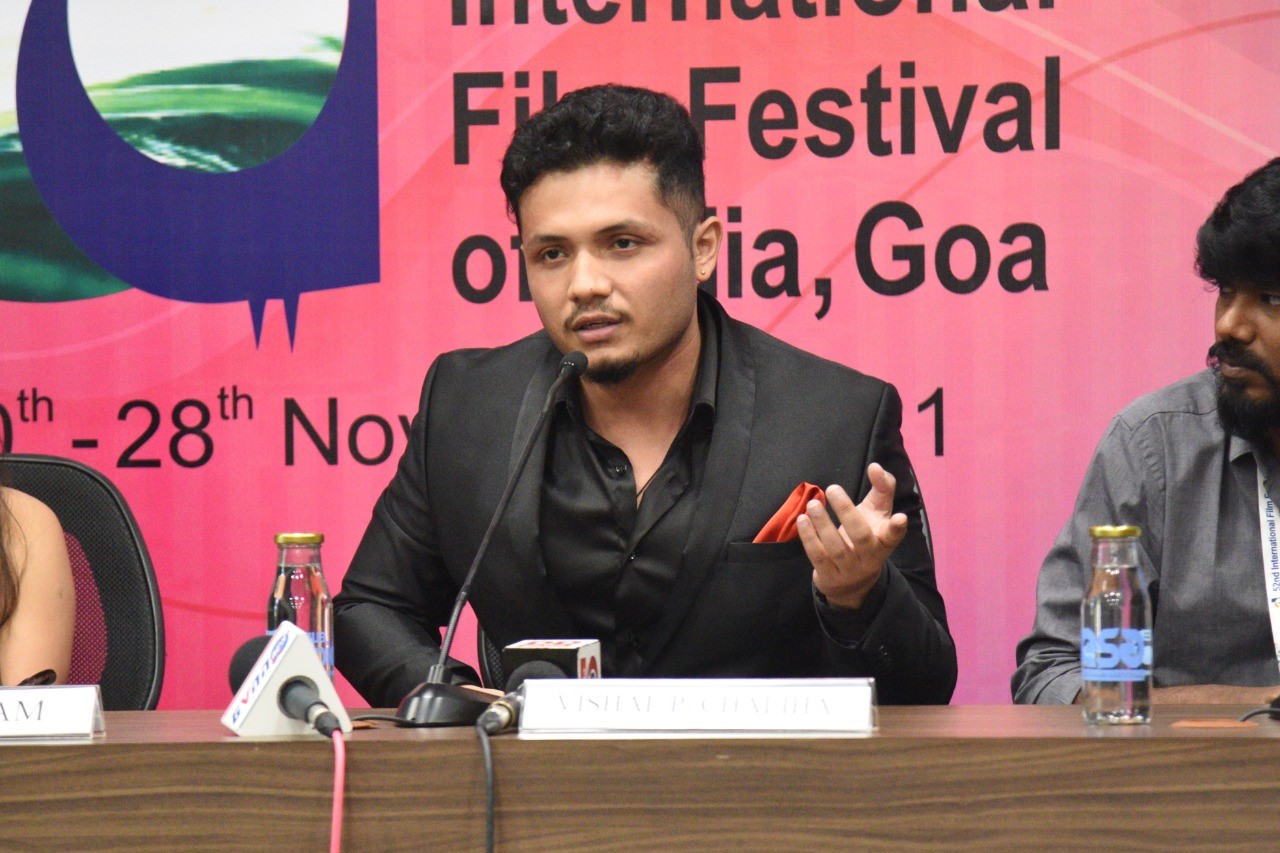 He said that when the Producer came to him with the concept, it touched him at once and he made up his mind to make the movie.

Talking about the preparations, the Director said that he went to Bhutan and all the bordering villages, interacted with the people.  “There was no written record available on it. It all existed only in the minds of the descendants of the victims of this brutal feudal system”, he said. He further said that it took around six months to complete the film. The team stayed in Bhutan and the bordering villages to do the research. “The descendants narrated the story very beautifully, because of which I could form a good script”, he added. About the Director: Vishal P. Chaliha is filmmaker and screenplay writer from Assam. His previous films include ‘40 Years in the Wild’ (2020) and a documentary film ‘Sabdhan’ (2017).

About the Film: The film revolves around a young boy Sijou of Saikhong Guri village, near Indo-Bhutan border in Assam. He is a jovial kid and loves to play with his friends. His life takes an unfortunate turn when he becomes a victim of the Feudal Land Tenure System. The FLTS was in practice in Bhutan, and also affected people living near the Indo-Bhutan border areas until it was abolished in 1958. The subsequent turn of events turns the boy into a monk.

Producers: Vishal Films was started in 2001 by Preeyam Kherkatary in Guwahati, Assam. Its production ‘The Tai Phakeys’ received a National Film Award for Best Anthropological Film in 2009. Shivam Productions was established in Assam in 2017 by Omprakash Kherkatary. ‘Sijou’ is its first feature film, made with Vishal Films