“Unbalanced”: A Melodramatic IFFI 52 Film on One Man’s Intellectual Quest to Create Utopia Amidst the COVID-19 Crisis

“Unbalanced”: A Melodramatic IFFI 52 Film on One Man’s Intellectual Quest to Create Utopia Amidst the COVID-19 Crisis


I usually try to avoid dramatic endings, however I decided “Unbalanced” had to be different: Director Juan Baldana

“While there is a million people who have nowhere to go, the only thing I can do to change this is the book I am writing”. Yes, the extraordinary quest of a middle-aged lawyer to change the world using the immense power of ideas, amidst a crisis of epidemic proportions, is the subject of IFFI 52 film Unbalanced. Directed by Argentine filmmaker Juan Baldana, the melodramatic tale tells the story of Rodo, who gets obsessed with the writing of a book about the German-Argentine merchant, social activist and long-forgotten theoretical economist Silvio Gessel, who had propounded some revolutionary ideas about money and economy. The film is among the few IFFI films set in the post-COVID era, and features in the World Panorama Section.

Speaking about the inspiration behind the film, Director Baldana says: “I wanted to capture the world before and after the pandemic, that is how Unbalanced came about.” He said this while addressing a press conference today, November 23, 2021, held on the sidelines of the 52nd edition of the International Film Festival of India, being held in Goa during November 20 – 28, 2021. The film’s producer Diego Lombardi too joined the press conference and shared his experience with IFFI delegates. Both Director and Producer spoke about the various economic and other challenges they faced while shooting a film in the post-COVID period, amidst various restrictions imposed by authorities. Lombardi narrated the economic challenges of procuring finance as well as the stiff opposition by government machinery and local people during shooting. “We used drones for shooting. Even the police shown in some of the scenes is real police who came to frisk us.” Director Baldana adds, “I made my new-born baby a character in the movie”.

The film, which had its Asian premiere at IFFI yesterday, explores the intellectual and excruciating struggles of Rodo, who is on the single-minded pursuit to realize an alternate future for the world, by writing a book about Silvio Gessel, the great German thinker who wanted to create a new kind of money. Gessel sought to create a type of money that would “rot like potatoes” and “rust like iron”, which dissipates in value upon being stored. He believed that no one would then want to hoard such a money, which was “an instrument of exchange and nothing else.”

However, the mandatory social isolation in the wake of the COVID-19 pandemic, as well as the spread of the virus infecting thousands of people across the world, tends to stand in the way of Rodo’s goals.

The film makes a comment on abortion, which has very recently been legalized in Argentina.

Responding to a question on the inspirational quotient of films with a sad ending, the director and producer revealed they had a difference of opinion about the climax, where the protagonist dies. The Director however had the last say. “I usually try to avoid dramatic endings, however I believed that protagonist in Unbalanced had to die at the end”, informed Baldana.

The film has been shown 2021 Cine +Mas San Francisco Latino Film Festival. The film imbues film lovers with hope amidst a torrent of distress, asserting the belief and expressing the powerful article of faith that utopia is not only possible, but also indispensable.

40-year-old Rodo, is sick, feeling lost and is also locked up at home during the COVID lockdown but unaware of death’s stalking presence, he persists with his writings.

The Spanish language film ‘Unbalanced’ directed by Juan Baldana, has been screened at 52nd @IFFIGoa#IFFI52 pic.twitter.com/XJx4cBieNt 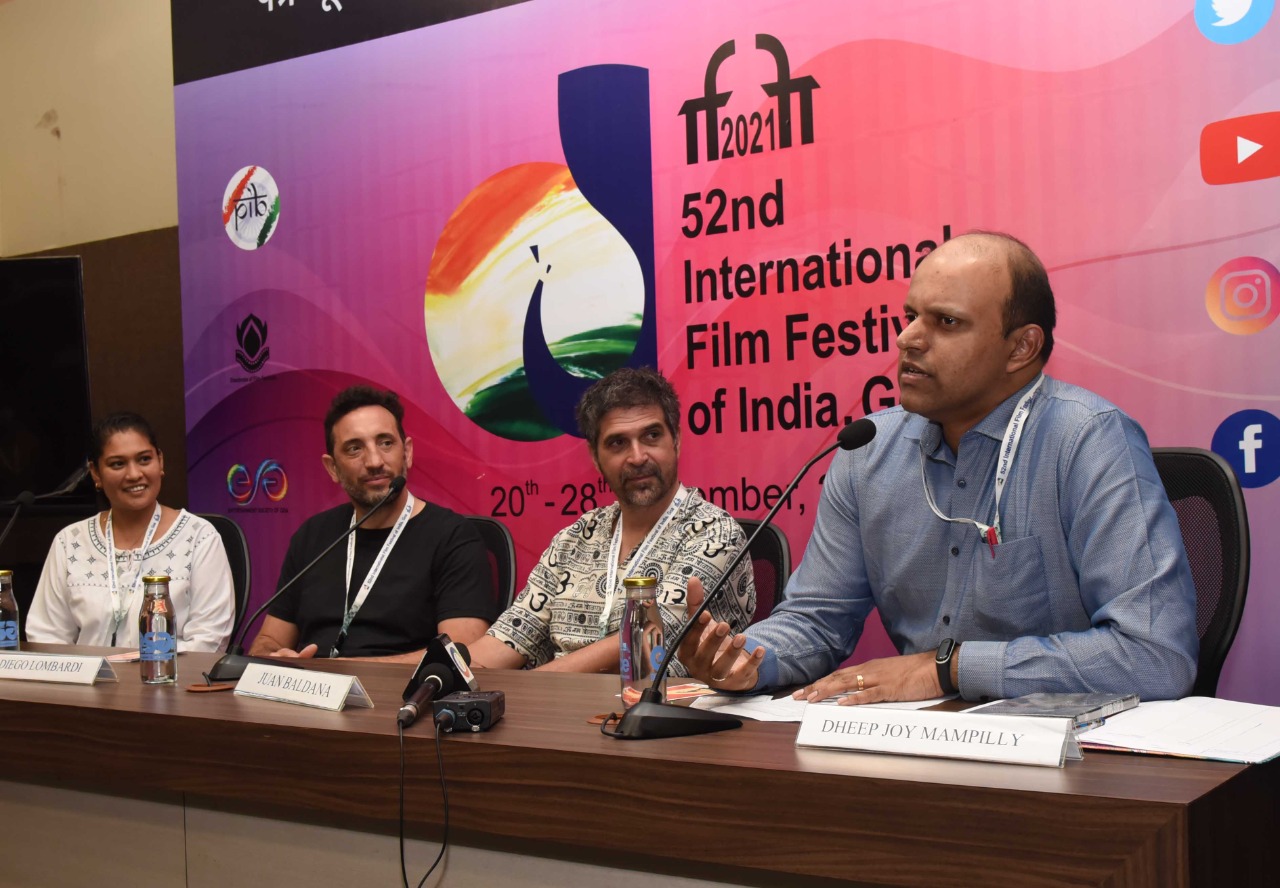