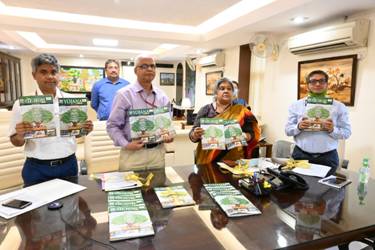 Speaking on the occasion, Smt. Monideepa Mukerjee, Director General, Publications Division stated that it is a matter of great pride for the Publications Division to bring out this special edition of Yojana on Panchayati Raj, through which we will be disseminating the success stories of several Panchayats across the country. 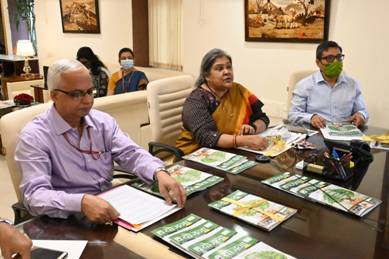 Shri Sunil Kumar, Secretary, MoPR opined that this special edition of Yojana would prove to be extremely beneficial, not only for the Panchayati Raj functionaries, but also for the general public at large, and academicians, policy planners, students and administrators can also assess valuable information concerning key issues relating to Panchayati Raj. 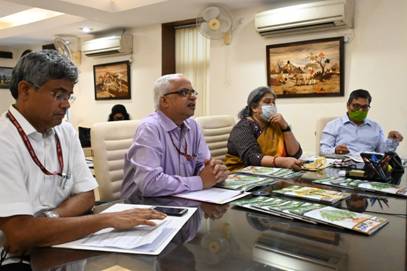 In his keynote address Shri Sunil Kumar, Secretary, MoPR set the tone for the National Webinar. He expressed satisfaction that the State of Karnataka has taken novel initiative to set up public libraries in Panchayat buildings; Punjab, Uttar Pradesh and other States are also working in this direction. The public library set up in the Panchayat Bhawan will prove to be very beneficial and meaningful for the rural youth.

The Secretary said that Panchayats now have to work continuously towards achieving the aims of ODF Plus and Jal Jeevan Mission. Work should also be done in villages by making a solid strategy for solid waste management and complete ban on single-use plastic in the villages. While appreciating the role of Panchayats in the vaccination campaign, Secretary, MoPR called for playing an active role in COVID-19 vaccination for kids in future and expressed hope that availability of COVID-19 vaccine for children will pave way for school reopening and related activities. He said that a sum of Rs.44,000 crore has been allocated as grants as per recommendations of the Fifteenth Finance Commission for strengthening of health infrastructure in rural areas. He appealed Panchayats to assume the leadership role in respect of issues of national priority and local concerns.

Shri Kumar said that Prime Minister had written a letter during the month of September 2020 to all Sarpanch(es) appealing them to work towards achieving the goal of “Har Ghar Jal (water for every household)”, and appealed to people and Gram Panchayats to make Jal Jeevan Mission a people’s movement. Panchayats can measure the importance of their role from the fact that Hon’ble Prime Minister’s letter dated 24 March 2021 on water conservation movement “Jal Shakti Abhiyan : Catch the Rain” was also addressed to all Sarpanch(es).

Themes were selected in view of critical role of Panchayati Raj Institutions in planning, implementation and monitoring of Centrally Sponsored Schemes, including the flagship schemes, and also income generation and thereby contributing to nation building and also ensuring ease of living in villages.

Elected representatives and functionaries from different parts of the country shared their experiences and views during the four Technical Sessions of the National Webinar which was well attended and well received. In his concluding remarks, Shri (Dr.) Chandra Shekhar Kumar, Additional Secretary, Ministry of Panchayati Raj thanked all the participants for their active participation during the day-long interactive sessions and expressed hope that this webinar served as an opportune occasion to listen to the views, success stories and best practices in respect of different thematic areas directly from the ground zero, and we will continue interacting with Panchayats and other stakeholders quite regularly utilising each and every such opportunity. He underlined the need for collective efforts by all stakeholders to ensure all-round development in rural areas. Smt. Malti Rawat, Deputy Secretary, Ministry of Panchayati Raj proposed a vote of thanks on this occasion. 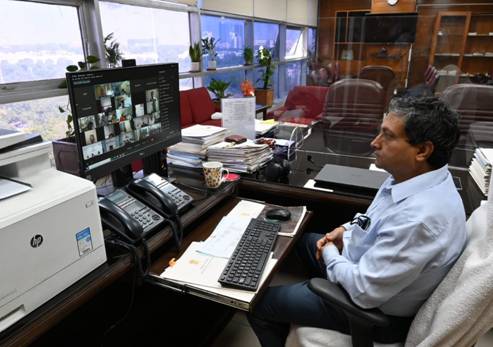