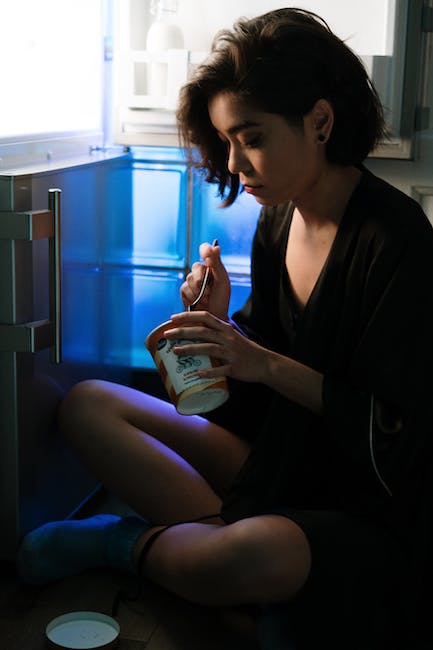 LCQ12: Shortage and overcrowding of berthing spaces at typhoon shelters

Following is a question by the Hon Frankie Yick and a reply by the Secretary for Transport and Housing, Mr Frank Chan Fan, in the Legislative Council today (July 14):

In June 2017, the Government published a draft Report on the “Assessment of Typhoon Shelter Space Requirements – 2015 to 2030” (the draft Report) and the findings of a Review on Berthing and Sheltered Space for Local Vessels in Hong Kong (the Review’s findings). Recently, some vessel operators have relayed that this year’s typhoon season is drawing near, but there is a shortage of berthing spaces at typhoon shelters. They are therefore worried about the difficulty in finding sheltered spaces during inclement weather, which will threaten their life safety. On the other hand, there are views that the overcrowding of berthing spaces at typhoon shelters has led to the occurrence, from time to time in recent years, of fires engulfing a number of vessels. In this connection, will the Government inform this Council:

(1) whether the Marine Department (MD) has assessed (i) the discrepancies, since June 2017, between the respective supply of and demand for sheltered spaces for Classes I to IV vessels and those estimated figures set out in the draft Report, and (ii) if, based on the current trend of growth in the number of vessels, the number of sheltered spaces in Hong Kong is sufficient for meeting the demand up to 2030; as the MD indicated in February this year that it was conducting a new round of assessment of sheltered space requirements, of the relevant progress;

(2) as the Review’s findings have indicated that the reasons for the low occupancy rates of Hei Ling Chau Typhoon Shelter and Yim Tin Tsai Typhoon Shelter, which are remotely located, include the lack of feeder transport and ancillary facilities (e.g. facilities for waste disposal as well as fuel and water supply), of the progress made by the MD in implementing the relevant enhancement measures and the effectiveness of such measures;

(3) apart from the measures mentioned in (2), of the progress made by the MD in implementing other enhancement measures set out in the Review’s findings and the effectiveness of such measures;

(4) given that whenever typhoons hit Hong Kong, ferry services will continue for a period of time to facilitate residents of the outlying islands to return home by ferry, and by the time the ferries sail, after service suspension, to nearby typhoon shelters for berthing, the berthing spaces are often all occupied, whether MD will designate berthing spaces for ferries and other work boats at typhoon shelters to ensure that berthing spaces are available for use by such vessels during typhoons; if so, of the details; if not, the reasons for that; and

(5) of the measures in place to resolve the problem of overcrowding of berthing spaces at typhoon shelters, with a view to reducing the occurrence of fires engulfing a number of vessels?

In response to the Hon Frankie Yick’s question, in consultation with the Marine Department (MD), our reply is as follows:

(1) According to the forecast in the “Assessment of Typhoon Shelter Space Requirements 2015 – 2030” published by the MD in 2017, the overall supply of sheltered spaces in Hong Kong waters is sufficient to meet the estimated demand from local vessels up till 2030.

A new round of periodical assessment was launched in August 2020. The relevant assessment will examine the supply and demand of sheltered spaces for various types of vessels from June 2017 to the present. It will also consider the number of sheltered spaces and the trends in the number and size of vessels and derive the difference between supply and demand by comparing the supply and demand projections. During the assessment, we will take into account the suggestions made by the trade, including exploring with relevant departments whether there is room for expansion in individual typhoon shelters. The assessment is expected to be completed in the second half of 2022.

For bunker and water supply, there are currently eight designated bunkering areas within Hong Kong waters for oil carriers to supply fuel to vessels, and seven water selling kiosks to supply water to local vessels to meet the operational needs of vessels. If vessels are moored at HLCTS and YTTTS, they may refuel at the nearby designated bunkering areas outside Cheung Chau Typhoon Shelter and Sai Kung Port respectively.

For transport services, the MD understands that a number of kaito ferries in Sai Kung provide feeder services to and from Sai Kung Pier and nearby waters/islands, including YTTTS. Furthermore, some local stakeholders are interested in providing feeder services between HLCTS and other places (such as Mui Wo and Aberdeen), as well as other relevant supporting services (including water supply services).

(4) According to the existing legislation, under normal weather conditions, local vessels may anchor at any safe and suitable locations in the waters of Hong Kong (except in waters prohibited from mooring) according to the vessel’s daily operational needs without the need for seeking approval from the MD. During typhoons or inclement weather, local vessels may berth at typhoon shelters or sheltered anchorages.

Currently, most of the operating ferries have laid private moorings in the Victoria Harbour (e.g. New Yau Ma Tei Typhoon Shelter and waters north of Tsing Yi) as their fixed mooring locations. Two other ferries have their own private moorings at HLCTS for them to moor during the passage of typhoons.

For work boats carrying out marine works, the contractor is required to apply in writing to the MD for the relevant marine works to facilitate MD’s promulgation of the relevant Marine Department Notice. When making the application, the contractor is also required to submit the evacuation plan and/or contingency plan for the evacuation of work boats from the works area in case of typhoon, inclement weather or other special circumstances. In general, when Typhoon Warning Signal No. 3 is hoisted by the Hong Kong Observatory, the work boats will have to evacuate from the works area and go to a typhoon shelter or sheltered anchorage for berthing in accordance with the submitted typhoon evacuation plan. Taking into account the overall utilisation of typhoon shelters in Hong Kong, the MD considers that there is no current need to designate mooring areas in typhoon shelters for operating ferries and work boats.

(5) As mentioned in part (1) above, in the new round of periodical assessment, the MD will take into account whether there is room for expansion in individual typhoon shelters to meet the increasing demand.

In addition, to ensure that vessels are berthed in a safe and orderly manner and passage areas are unobstructed, the MD carries out patrols from time to time in typhoon shelters. Joint operations are also conducted with the Hong Kong Police Force to monitor the relevant situation. If a vessel is found to have breached the marine legislation, the MD will take follow up actions as appropriate.

Furthermore, the MD will continue to assist the Fire Services Department to organise thematic talks on fire prevention in typhoon shelters regularly for typhoon shelter users to remind them on the proper use and maintenance of electrical installations on vessels and to teach them the correct way to use a fire extinguisher etc. Fire drills will also be conducted during peak seasons of vessels berthing, including fishing moratorium and important festive periods, with a view to enhancing the fire safety awareness of vessels users. To prevent fire accidents, the MD will broadcast messages about vessel fire protection, check whether vessels are equipped with sufficient fire-fighting equipment and distribute fire safety publicity leaflets to vessels users during patrols.