The man behind the nation’s fastest-growing hospital chain 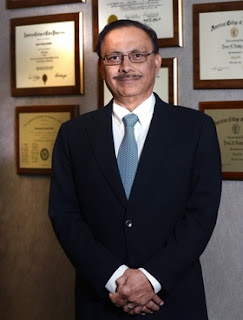 In 2006, Paradise Valley Hospital, just 13 miles from Mexico and a world away from the luxury condos, convention hotels and craft beer bars that dot nearby downtown San Diego, faced imminent closure. The money-losing safety net hospital needed a $61 million renovation to make it earthquake-compliant.

During an emotional, nine-hour public hearing that drew more than 100 people, Dr. Jerome Robinson, a respected cardiologist who grew up in a Pittsburgh housing project, spoke for the community bid. He railed against a Prime takeover. “We are not-for-profit,” he said. “If we do anything with the profits that come from the sale of Paradise Valley Hospital, they need to stay in this community.”

Today, Robinson has nothing but praise for Prime and Reddy. “In order to manage and stay open, we needed to be smarter,” Robinson said. “What we’ve been able to see as a result of that: failing hospital eight years ago, not failing hospital today.”

Reddy’s Prime deployed the same controversial tactics at Paradise Valley that it has used to become the nation’s fastest-growing hospital chain, now 29 hospitals strong with deals in place for 11 more. It wrangled better rates from insurers. It added profitable services lines and implemented aggressive billing tactics.

Prime also looks inward for savings. When Prime comes in, it slashes bloated managements. It stands its ground on negotiating with unions. And it has even fought with politicians and quality raters such as Truven Health Analytics, which gives several of the chain’s hospitals high marks, but in at least one case has withdrawn its approval.

The results, the company boasts, can be seen in its financial statements. Every one of its operating facilities— almost all of which were losing money when Prime took over—are now debt-free and profitable, the company claims. In almost every takeover battle, Prime has had to overcome local opposition such as that in National City, population 60,000, home of Paradise Valley hospital. “Only one person spoke in favor—and that was me,” recalled Reddy, 66, company founder and CEO. In an interview at Prime’s headquarters in Ontario, Calif., the native of a small village in southern India wore a black suit with an American flag pin affixed to his lapel.

Reddy bristles when asked about his critics. But otherwise, he is at turns jovial and matter-of-fact, reducing his mission to two simple principles: “We want to save as many hospitals as we can. We want to expand in California and beyond.”