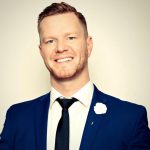 Mark Spain Real Estate has hired Brett Huelsman as its Director of Sales for its Nashville office. Huelsman, who starts October 12, 2020, has a long family background in real estate as well as professional management experience in forming, growing and leading sales teams.

Originally from North Dakota, Huelsman is a graduate of the University of North Dakota, where he earned an undergraduate degree in communications and a law degree with an emphasis in real estate law. His father is a builder and developer, and Brett spent numerous summers pouring foundations, doing framing and other construction efforts for the family business. He also has family members who manage sales for a new home builder.

Upon finishing college, Huelsman began his career in the real estate sales industry by working with the largest home builder in North Dakota, during the state’s record-setting housing boom. Eventually heeding the call to warmer weather, Huelsman moved to the Southeast and spent three years in Raleigh, where he helped open a new facility, managed a sales team and grew the staff at all levels. The corporation recruited Huelsman to move to Nashville to replicate his success with opening another branch, from the ground up. His team had set a sales record in Raleigh and he proceeded to break his own team record with forming, training and managing the Nashville team.

As the company’s general manager in Nashville, Huelsman launched a $50 million luxury fitness facility and oversaw the operations of all departments–sales, fitness, food and beverage, swim, childcare, etc. He coordinated the hiring and building of a 350-employee team and was responsible for the revenue and expenses. Members included some A-list celebrities from the region. Huelsman has been in the Nashville area nearly four years, currently residing in Murfreesboro, Tenn.

With extensive experience building and motivating large teams, as well as a track record of success and high performance in Nashville, Huelsman is a leader with an uncompromising focus on the client experience, while building a team-oriented company culture. He will have an excellent opportunity to put these skills to use by leading Mark Spain Real Estate’s Nashville office in a fast-moving real estate market.

Huelsman explained that he had been seriously considering re-entering real estate, as that was one of his passions. He kept hearing radio ads and seeing billboards for Mark Spain Real Estate. After looking into the company and its reputation, Huelsman knew he had found his match. “The character and integrity of the people at Mark Spain Real Estate are what drew me in. I’m excited to be leading the sales team here and make a big impact in Nashville.”

With offices in Nashville, Atlanta, Charlotte and Raleigh, Mark Spain Real Estate surpassed $1 billion in gross annual sales for the first time in 2019. In the first half of 2020, its Nashville closings increased 155 percent, year-over-year. Actively involved in each community it serves, Mark Spain Real Estate just sponsored a food drive in September with 95.5 NASH ICON to help Middle Tennessee families in need. Other community service projects have included the Nashville Rescue Mission’s Annual Radiothon fundraiser to assist the area’s homeless, and serving as a partner in the Cumulus Cares Nashville Tornado Relief Radiothon.

“We look forward to Brett’s leadership in growing our Nashville sales team to allow us to serve even more families as we look ahead to 2021,” said Mark Spain Real Estate President John Makarewicz.

Mark Spain Real Estate is the most trusted name in real estate, earning more 5-star reviews than any other real estate company in the United States. It has earned the No. 1 real estate team in the United States honor by Real Trends and The Wall Street Journal for closed transactions the last three consecutive years. The company has been named to the Inc. 5000 list of fastest-growing private companies in America for five years straight. Mark Spain Real Estate’s mobile site design took top honors in 2019, being named the No. 1 Mobile Website in real estate by REAL Trends. MarkSpain.com also earned the No. 8 spot in the Top 10 Overall Websites. The company was honored in 2017, 2018 and 2020 as one of The Atlanta Journal-Constitution’s Top Places to Work. It has earned the Atlanta Business Chronicle Pacesetter Award the last four years, for being one of metro Atlanta’s 100 top, fastest-growing, privately held companies. Mark Spain Real Estate recently made its third appearance on Atlanta’s Top 25 Real Estate Companies annual list in 2020 and debuted on similar lists for Charlotte and Raleigh.

As the leader of such a productive team with cutting edge ideas like its innovative website, Guaranteed Offer program and extensive marketing, Mark Spain was named to the inaugural list of 2019 REAL Trends Game Changers. This list of 50 people who have the potential to change the game of real estate in the coming year, included such honorees as: Gary Keller, co-founder and CEO of Keller Williams International, as well as the CEOs of RE/MAX International, Zillow, Coldwell Banker and HomeServices of America.