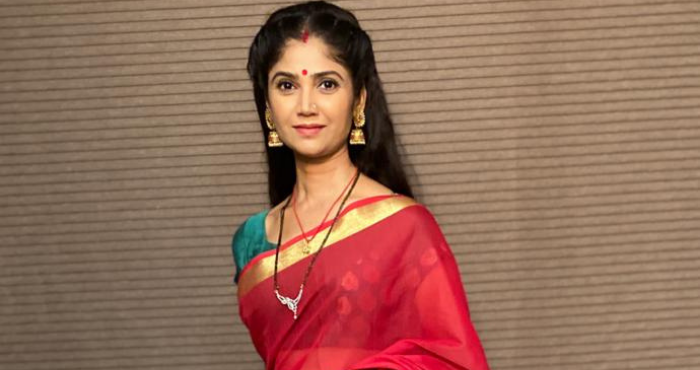 &TV’s Santoshi Maa Sunaye Vrat Kathayein brings in high voltage drama as Swati (Tanvi Dogra) the ardent bhakt of Maa gets killed. The moment Swati is attacked, owing to the Chandra-Grahan Santoshi Maa (Gracy Singh) is unable to see the happenings on dharti-lok or come to Swati’s rescue. After the grahan, seeing Swati’s lifeless body makes Maa quite angry, and this krodh gives birth to her ansh, Ushma Devi (Ratan Rajput) to avenge Swati’s death. It all starts with Singhasan Singh (Sushil Singh) sending goons to kill Swati when she pays a visit to Indresh (Ashish Kadian) after he fainted during the pheras. Despite his marriage to Dr Nidhi (Dhartii Bhatt), Swati goes to the temple and prays to Santoshi Maa for Indresh’s speedy recovery. Grabbing Chandra-grahan as an opportunity, Devi Paulomi (Sara Khan) decides to kill Swati and sends Asurs to dharti lok. Swati tries to resist her attackers but soon loses her life. After the grahan, when Santoshi Maa sees Swati lying lifelessly on the floor, she is unable to understand who has killed her. Talking about this high-intensity sequence, Ratan Rajput, who plays Ushma Devi shares, “Until now, the audience witnessed Swati’s struggle and Santoshi Maa’s kindness. But from now on they will get to watch how Ushma Devi in her dharti roop of Santoshi enters the Singhasan household on Prithvi Lok to take revenge for Swati and punish those responsible for her death. A lot of drama is in store with Santoshi’s entry.”

Tune in to watch Ratan Rajput’s entry as Ushma Devi and Santoshi in Santoshi Maa Sunaye Vrat Kathayein only on &TV, every Monday – Friday at 9.00 pm