How will Pandit Rama Krishna prove his innocence and save Vijayanagar from being traded? 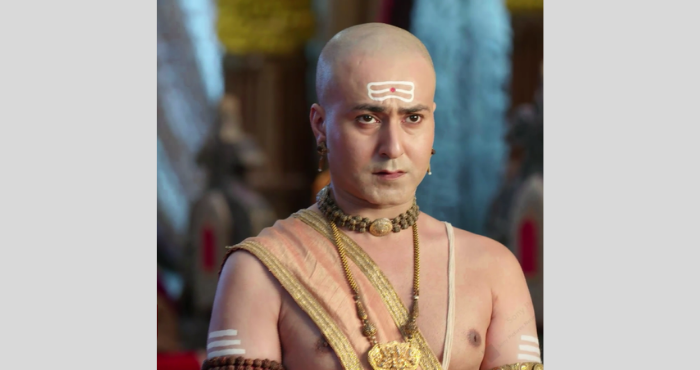 Trouble has knocked Rama’s door again! The witty Pandit Rama Krishna (Krishna Bharadwaj)is accused of being a traitor after selling a part of Vijayanagar to the King of Himdong (SatyajitGaonkar) without any permission from Raja Krishnadevaraya (Tarun Khanna). Sony SAB’s Tenali Rama is set to grab the attention of their viewers as their highly admired titular character will be seen facing yet another challenge but this time with the charges of a traitor. The episodes further will take the viewer’s through some shocking revelations as the show continues to receive immense love and support for its gripping storyline blended with Rama’s wit and humour.

Situations in the Vijayanagardarbaar take a shocking turn when Krishnadevaraya learns of Rama’s treachery. The King of Himdong informs everyone that they are the rightful owners of a part of Vijayanagar’s land as Pandit Rama Krishna had sold them the land in the past. Enraged Krishnadevaraya demands Rama to prove his innocence in 7 days as every proof stands against him.

In turn, using his wit, Rama summons everyone on the disputed land. Rama agrees to sell the entire kingdom of Vijayanagar but only at one condition, the Himdong King will have to give a little piece of land under his feet to Vijayanagar. In that case wherever the king of Himdong walks, the lands is restored for Vijayanagar.

Fuming with anger after understanding Rama’s trick, the ruler of Himdong, hinders the supply of mosquito repellent oil in Vijayanagar. The citizens of the kingdom face a grave mosquito infestation which can thereby lead to several diseases.

How will Pandit Rama Krishna find a solution for the mosquito threat in Vijayanagar?

Krishna Bharadwaj, essaying the role of Pandit Rama Krishna said, “Pandit Rama Krishna will be facing one of the most challenging situations ahead of him. After being accused of treachery, he now has a challenge in hand to protect the kingdom from a major diseaseoutbreak. While Rama is known to use his wit and intelligence to solve any situation. It will be exciting to see what he does to kill mosquitoes in Vijayanagar without the repellent oil. The king of Himdong is constantly conspiring against Vijayanagar and only the episodes further will reveal how Rama plans to stop them. Keep watching Tenali Rama and witness his exciting and funny tales.”

To know more, keep watching Tenali Rama every Monday-Friday at 7:30PM only on Sony SAB