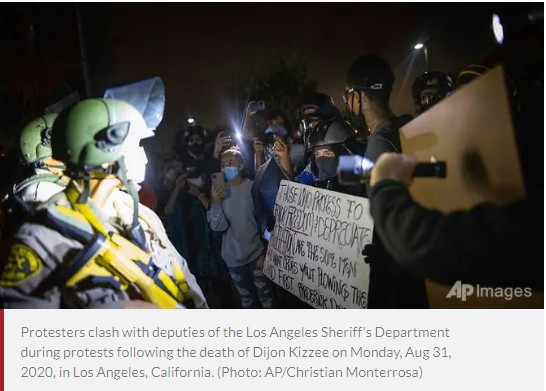 The death of George Floyd in the United States was still not the case that the death of another black has triggered an uproar. A young man was killed in a police shooting in Los Angeles. Police say the young man had a gun in his hand. He threw a gun during a violent clash. According to local media, the 29-year-old man killed is named as Dijon Kizzi. On Monday, Dijon was on his bicycle when police tried to stop him from violating the vehicle code.