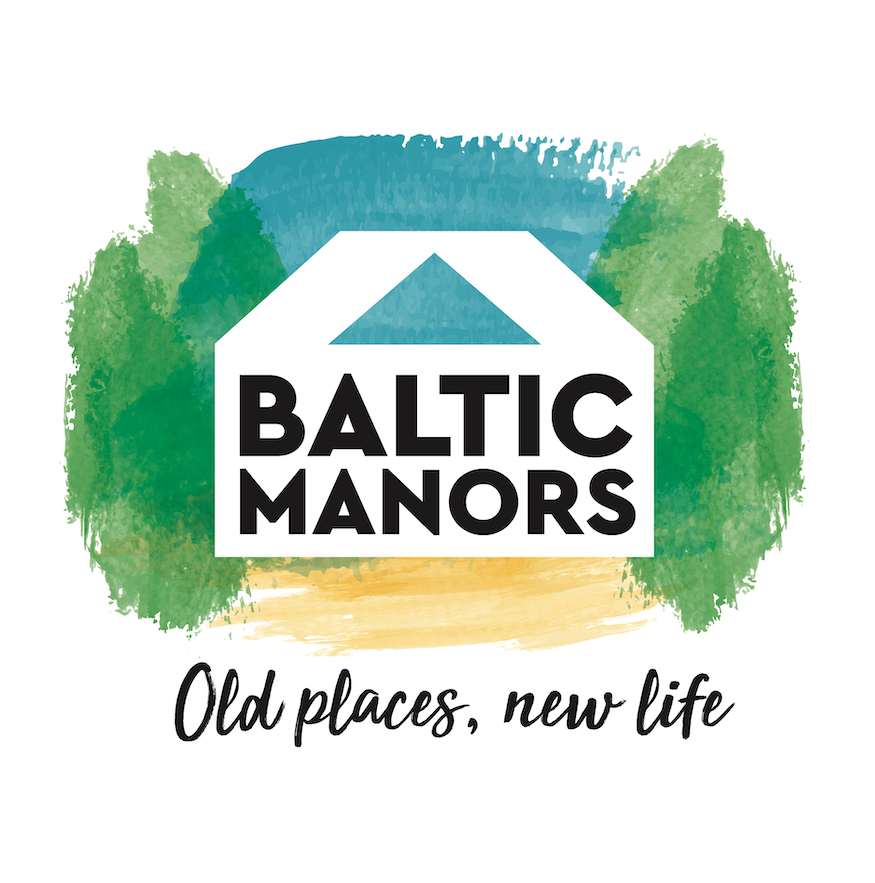 Since the main aim of Baltic Manors was to attract new visitors and tourists, the value of the Baltic Manors story blog is even bigger facing the present crisis. The “stories behind old bricks” give interesting insights into manor house history, present and future concepts
of usage and the people behind. As part of the Baltic Manors website, the freelance journalist Annika Kiehn is writing a series of articles, aiming to make us discover some of the great Baltic heritage houses through her eyes and ofers a poetic journey through diferent topics. Not only for oldhous lovers, the author gives good reasons to fall in love with them and with the remote regions around the Baltic coast. In these challenging times, the blog ofers a good opportunity to look into the stories behind old bricks, from home, without travelling.
About Baltic Manors
When speaking of manors, one immediately might think of French chateaus, where illustres times were spent or lovely estates from England, where one of Jane Austen´s stories has been told. But there are more than 2.500 manorial spots around the Baltic Sea. In fact, the high
desity of grand manor farms in Denmark, Sweden, Lituania, Poland and Northern Germany has shaped the European cultural history in a similiar way to this day. Their importance as economic and intellectual centre of the village still lingers within. Many of them have undergone vast changes since World War II. In Lithuania, Poland and the former East Germany most of them have become abandoned places, when aristocracy
was no longer tolerated. And after Democracy spread all over the countries from 1989, the houses had to face another hard time of being banished as a multifunctional government owned institutions and becoming lost places or haunted houses. Some of them for more than 40 years of no one living in them. However, many of these are still well preserved. There is progress and the rainbow is sparkling all over the South Baltic region. Due to the phenomenon of the “space pioneer”, ordinary people buy manors and restore them for maintaining them for future generations. Nowadays, many of them have undergone a transformation and were given an alternative usage – a lot of them were turned into cultural places, museums or touristic venues, like hotels or event locations. The fascinating stories of new pioneers who are bringing life to this heritage reviving the tourism in rural areas and reinforcing individual and regional travelling, hit the nerve with slowliving and the renaissance of country life. To highlight those changes that have been achieved ever since the world was lifted fromits hinges and how manor-owners all over the South Baltic region deal with similarproblems and how they provide a similiar “manorial magic” for their guests – that is the main goal that drives the partners of the Baltic Manors network.

The framework and basis for their work is the INTERREG project “South Baltic Manors”, which started in 2018. With fnancial support from the European Union within the Interreg South Baltic Programme 2014-2020, thirteen institutions from Lithuania, Poland, Germany, Denmark and Sweden team up to make this happen. Furthermore, Kaliningrad Region (Russia) joined as an associated partner region.

Essential contents of the project are:
1) The umbrella brand “Baltic Manors – Old places, new life” is used to create a unique selling proposition for manor house tourism in the Southern Baltic Sea Region, based on the cross-border history and the “space pioneer” phenomenon.

2) An international exhibition will inform people about diferent aspects of manor heritage to awaken their curiosity. It consists of seven history showcases in five countries – which will be marked with so-called outdoor museum cubes

3) A storyblog, provided in English, tells intriguing background stories from manor houses, their owners and the regions – who are the owners these days and what is their vision?

4) Aim of the project is also to build a cross-border network of manor house owners, creative people and touristic developers for exchange and further joint actions

On www.baltic-manors.eu you now will fnd information about all the regions, the history showcases, the manor houses, the festival, the story blog and the project.