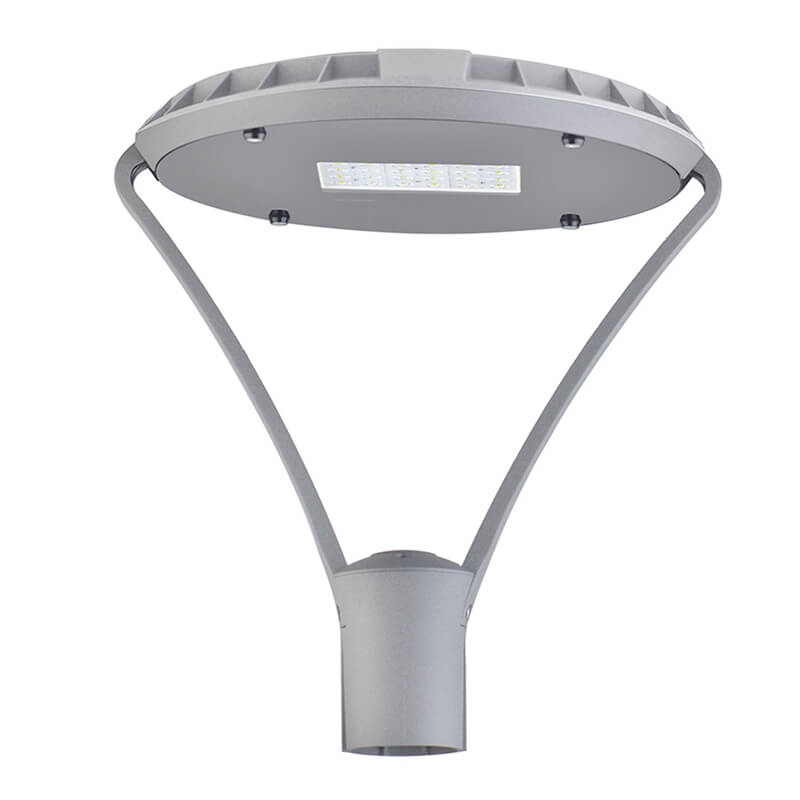 Post Top Light fixture is a term to describe the outdoor lighting that is commonly mounted on poles and located in roadways, pathways, parking lots and commercial and educational campuses. Led Post Top Fixture are generally used to provide illumination to areas for pedestrian and vehicle use and safety, with the most frequent attribute being that the light fixtures are mounted vertically to poles ranging from 7ft to 30 ft high. It is not uncommon to see multiple fixtures mounted on a single pole, with the specific mounting method varying significantly. Most existing Post Top light fixture applications utilize High Intensity Discharge (HID) lamps such as Metal Halide, High Pressure Sodium, and if they are very old, Mercury Vapor Lamps.

The two most common benefits of LED Post Top fixture:
Energy Savings
Common wattages for LED Post Top Light fixture can range from 30 Watt to 150 Watt, often resulting in a 35%-80% reduction in energy consumption. The reason for this can be referenced to the GENERATION comments above,and can result in savings of up $1000 per fixture per year in electricity costs

Maintenance Cost Reduction
Again, due to the way LED’s generate light, the way they progress through their functional life is much different.Instead of ceasing to function properly once a fuel source is significantly reduced, LED generated light output degrades VERY SLOWLY over time. As a result the functional life (often in excess of 50,000 hours) of an LED product can be significantly longer than that of an HID Lamp, which in turn drastically reduces the costs for maintaining Post-Top fixtures over a longer period of time.