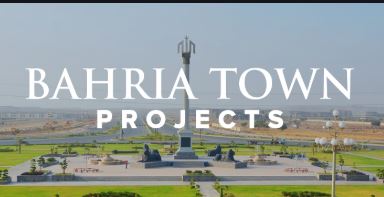 [April 28, 2020, Dubai]– Founded in the 1990s, Bahria Town introduced its first residential project on Grand Trunk Road in Rawalpindi. It was developed completely for the elites who are based in southern parts of Islamabad. The Phase 8 and Phase 9 of Bahria Town Rawalpindi were also developed for medium income families. Later on, it had grown into nine phases by the mid 2000s and split into two different compounds.

Bahria Town introduced its second project developed with Greco-Roman architecture in the south of Lahore. Bahria Town Karachi was launched in 2015, which was known to be the largest of gated communities. In 2013, Bahria Enclave Islamabad was launched and it was the smallest of those communities.

A lot of these projects have been developed as townships. The Southern Islamabad-based community has been stretched over 40000 acres, which was the oldest by Bahria Town. Bahria Town Karachi is stretched over 16000 hectares and is another largest residential project in Pakistan. Its projects are developed to house more than 1 million residents combined.

Bahria Town Islamabad
This gated community is the first project by Bahria Town. It has settled more than 100,000 residents. It has a lot of phases to be developed. Bahria Town generates its own electricity and supplies the same to its residents.

Bahria Town Lahore
This flagship project is located in Lahore. This community houses Grand Jamia Mosque, the seventh largest in the world and capable of serving over 70,000 people.

Bahria Town Peshawar
The capital city of Khyber Pakhtunkhwa, Peshawar is located in the Valley of Peshawar around the eastern edge of Khyber Pass near Afghanistan border.

Malik Riaz Hussain is the well-known billionaire, real estate developer, and visionary Chairman of Bahria Town who strives to serve humanity along with fulfilling his business commitments. He is one of the well-known entrepreneurs in the country and became the best philanthropist with his dedication. He participates in a lot of charitable works of the nation along with being the founder and chairman of Bahria Town. He runs famous Dastarkhwans across several cities in the nation.