New, integrated solution for efficient use of nitrogen with the CoolFlow option 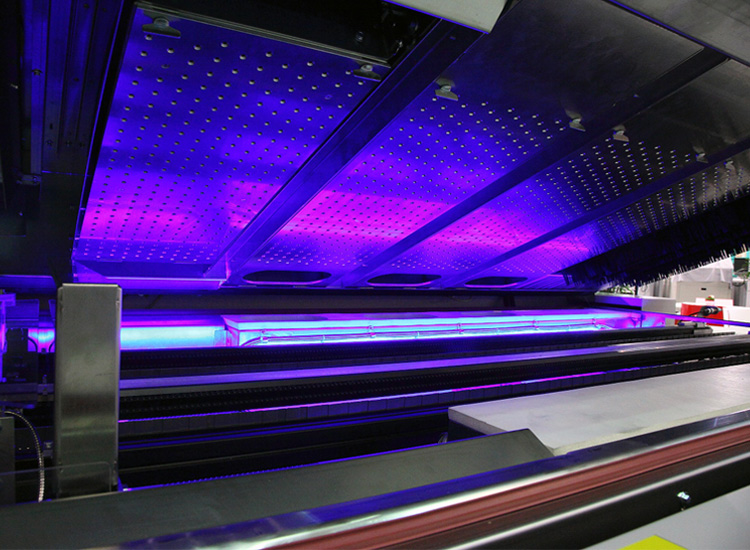 For an optimal reflow soldering result, not only is melting of the solder important but also as a stable and reliable cooling process. This soldering process can be designed flexibly with the VisionXP+ convection soldering system from Rehm Thermal Systems. With Rehm CoolFlow, Rehm offers an innovative and integrated cooling principle using liquid nitrogen – there is also a standard cooling option with up to four cooling modules, an extended cooling line, underside cooling and an energy-saving cooling variant.

Along with their partner Air Liquide, Rehm has developed a cooling system (“Rehm CoolFlow”), which deploys the nitrogen used for inertia even more efficiently. The -180 °C cold liquid nitrogen releases its energy in the cooling line, then evaporates and can then be used in its gaseous state for inerting the process atmosphere. The cooling water, which previously required high energy use for cooling, including cooling unit and refrigerant, is completely eliminated. The entire nitrogen path – from the main valve, through the volume flow control and the safety sensors, to the passively controlled gaseous nitrogen supply – is now fitted in the plant housing. This means that all fittings are spatially integrated into the plant. Only a hose for gaseous nitrogen and a vacuum-insulated line for liquid nitrogen feed into the system from the outside. With the exception of hood coolers and the non-split cooling line, Rehm CoolFlow can be combined with all other options.
Cooling is controlled using the software by specifying the frequencies and volume flow rate as required: If the cooling line temperatures are too high, the operator increases the volume flow of liquid nitrogen through the coolers. Everything else is controlled by the system itself: An excess of nitrogen from the coolers is fed into the exhaust air to compensate for a shortfall from the gas network. Furthermore, the Rehm CoolFlow option has features that enable safe working. For instance, the supply of liquid nitrogen is automatically and safely stopped in case of a malfunction. Such measures address the challenges posed by nitrogen management.

In addition to the innovative CoolFlow solution, Rehm Thermal Systems offers flexible standard cooling concepts for VisionXP+. These include:

Flexible cooling with extended cooling line
For gentle cooling, an extended cooling line can be connected to the VisionXP+. This can be implemented as an extension to standard cooling zones under a nitrogen atmosphere or as a separate, downstream module in an air atmosphere for higher cooling performance for insensitive materials. Further advantages of the air-cooled variant: while nitrogen is needed in the process section of the convection unit to prevent oxidation, the extended cooling line no longer needs to be flooded with nitrogen, resulting in nitrogen savings.

Underside cooling for uniform cooling from above and below
For particularly massive or large assemblies or boards with product carriers, the VisionXP + can also be equipped with underside cooling. The actual cooling process is identical to that of the standard cooling line, but the extracted, cleaned and cooled air flows not only from above onto the module, but also from below.

Gradual cooling for energy saving
Rehm also offers an energy-saving cooling variant for the VisionXP+ convection soldering system: The air is extracted not only at one point but at two points. This results in a smoother cooling gradient and offers significant energy saving potential.