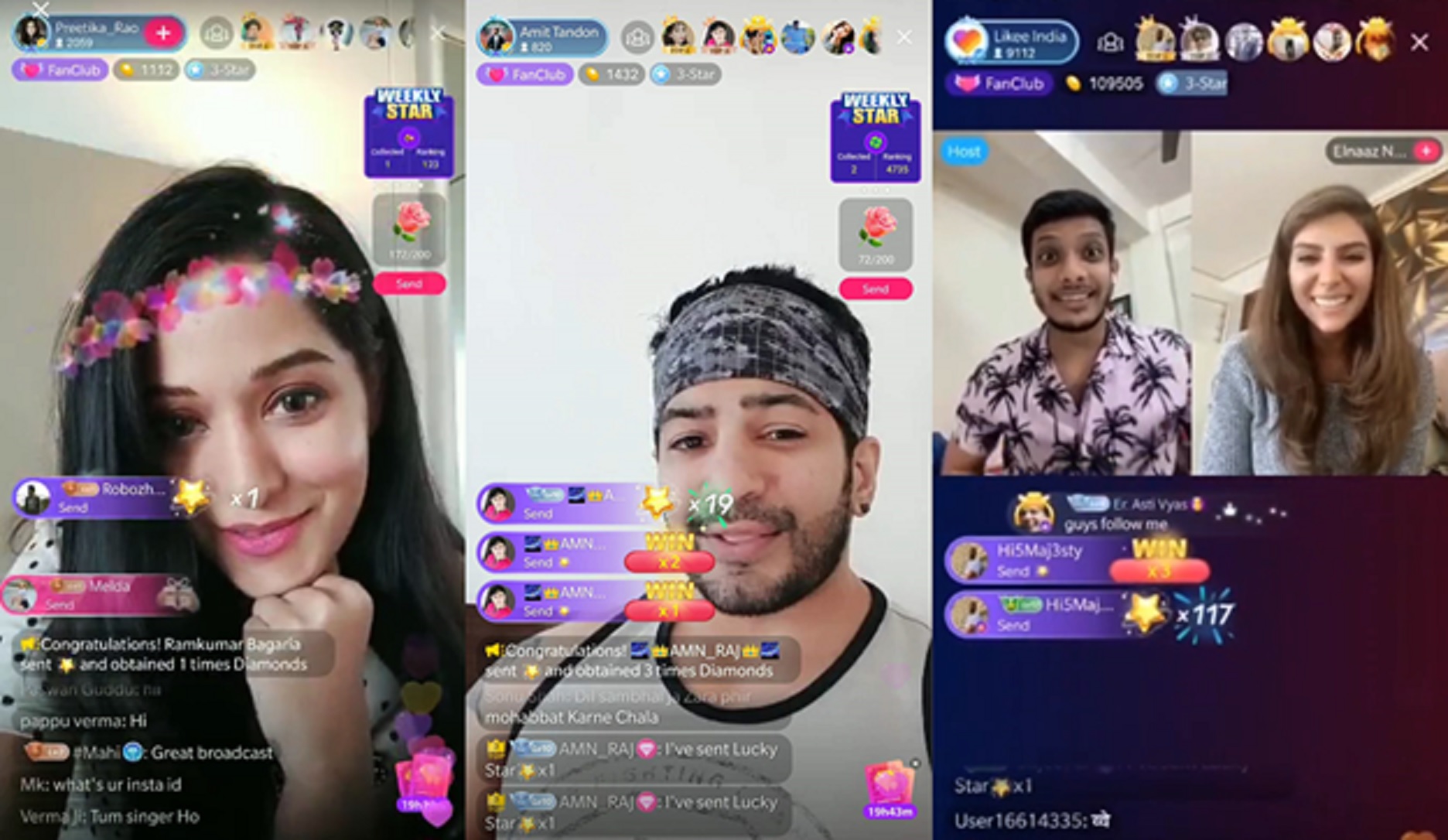 New Delhi, 28 April 2020: Pioneering short video platform Likee, by Singapore-based BIGO Technology Pte Ltd, has emerged as an effective medium of connectivity between celebrities and their fans during the national lockdown triggered by Covid-19 pandemic. These celebrities have primarily made use of the live streaming feature of Likee, which is the six most downloaded app globally as per the latest ranking by Sensor Tower, to interact with their followers and fans.

One of the celebrities who used the live streaming feature to reach out to fans is singer Amit Tandon, who debuted in the entertainment world with the first season of singing reality show Indian Idol. In the live session, Amit entertained viewers with his singing talent and also shared some valuable fitness tips. Another celebrity on the app, actress Preetika Rao, who became a household name as Aaliya Haider of TV series Beintehaa, also held a live session wherein she interacted with fans on the lockdown scenario and even crooned a few songs for them. Her live session was well received by Likers as it clocked more than 50,000 likes. A few other famous personalities such as Rapper Maddy too used the feature to interact with fans while adhering to the prescribed norms of lockdown.

A few other celebrities also made use of Likee live for purposes beyond fan interaction. Actor-producer Jackky Bhagnani recently featured in a live session with Abhishek Dutta, Head of Likee India, to talk about his music label Jjust Music’s latest initiative ‘Muskurayega India’. Jackky talked about how Bollywood bigwigs such as Akshay Kumar, Tiger Shroff, Ayushmann Khurrana, Kriti Sanon and others came together for the message of positivity aimed at raising money for PM cares fund and Maharashtra CM relief fund. Similarly, noted singer Palak Muchhal too joined a live session with Mr Dutta to auction dolls and raise money for the ongoing fight against Covid-19. The two sessions garnered around 2.7 lakh and 1.9 lakh likes, respectively.

Two other live sessions received well by the users included one with actress Soundarya Sharma and the other with Elnaaz Norouzi, who played a pivotal role in Netflix Series Sacred Games. The Live with Elnaaz received more than 3.1 lakh likes. Abhishek Dutta, Head of Likee India, interacted with them in separate live sessions on the platform.

Likee users, who are referred to as Likers, have of late been making extensive use of the Live feature, given the ease of using it and the vast reach of the platform. Besides celebrities, there are many users who have been able to follow their passion as well as earn revenue in lieu of virtual gifts received from their followers.