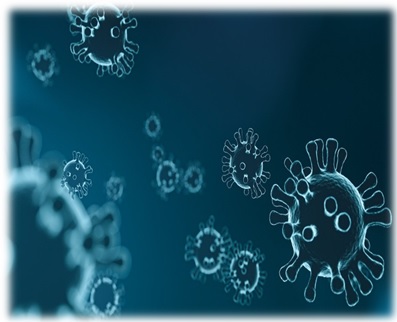 For the first time in the last decade, outlook for the Global Chemical & Petrochemical market remains grim across all countries. COVID-19 has dealt a severe blow to both growing and developed economies and left them struggling to stay afloat amidst massive supply-chain disruptions and washed-out demand.

Restricted movement of goods and people across the world have impacted the businesses linked to chemical and petrochemical industry too. With business volumes down by almost 30-40 per cent by mid-April, recent global GDP growth projections for 2020 by IMF has stalled the potential investments.

COVID-19 would have a multi-faceted impact on several industries. A bird’s eye-view analysis depicts the Elastomers & Rubber industry to be the worst-hit sector as social-distancing measures have led people to limit their movement within a region or use public transport for that matter. On an obvious note, when the movement is restricted, it would translate to poor demand for HSD, MS, ATF and CNG in transportation as well as agriculture industries. However, COVID-19 has also created a thriving market for feedstock and specialty chemicals whose demand has shot-up over Q1 2020 owing to their applications in pharma and health care industries and are likely to continue to supersede demand on y-o-y basis.

As the epicenter of the pandemic shifted from China to U.S. in March 2020 due to rise in the number of positive cases above 0.8 million in the country, it has become highly susceptible to economic downfall.

The April-June quarter earnings of most of companies operating in the US, Canada & Mexico may show a severe impact of COVID-19. Logistical challenges in moving the raw material and finished products and consumption spillover would affect their profitability in H12020. Falling oil prices into negative territory for May Contract, in the runup the oil price war between OPEC and Non-OPEC countries, shale producers in the US and Canada, bankruptcies were already on the rise. Prices of most-traded gulf coast naphtha sank to 18-years low in the month of March as evaporating demand, hammered by the crash in crude has hard hit the feedstock market. The scenario turned more unfavorable for the polymer and elastomer market after major importing Asian and European companies declared force majeure due to the lockdown measures taken to contain the spread of novel coronavirus that has created a havoc across the globe.

Bearish demand in China, India, Japan and South Korea despite crashing crude oil prices in the international market has failed to generate the otherwise desired momentum for the chemical industry. It is a peculiar situation for the chemical industry whereby a situation of protracted drop in output following lockdowns and quarantine measures has created an artificial shortage in the market. However, as weakening of all major currencies for the second consecutive month against US Dollar, foreign trade particularly, for products where import dependency is prominent has taken the brunt. All major Capacity expansions in green field and brown field projects have come to a halt. Whether or not the chemical industry can veer off from a potential deadlock depends largely on external stimulus such as fiscal reforms and pre-emptive measures from the government.

Pressurized by the supply glut and demand crash, feedstock prices such as Ethylene, Propylene, Butadiene and Naphtha prices declined by 10-15 per cent in West Europe during first 3 week of April. As per the recent monthly analysis report of ChemAnalyst, demand of naphtha for fuel blending and aromatics will show a dive by 3.2 million tones to break the records in the last 25 years. The report stated that the free fall of crude oil price will not be able to boost the demand of these chemicals in near-term. Huge inventories of raw material and finished products have complicated the situation.

Halt in economic and industrial activities has curtailed polymer and bulk chemicals production that has exacerbated the refiners and downstream crackers to introduce huge production cuts. Middle East upstream and downstream producers had to revise their export consignments after the several governments in Asia Pacific, Europe and North America announced nationwide lockdown till 1st week of May. This has prompted SABIC, Sasol ADNOC and KNPC cut their production of all major polymers. Sabic has curtailed production of polyethylene and polypropylene. Most of the refiners have lower production of refined products or announced plant maintenance turnarounds. Sasol has announced the suspension of operations in crude refinery at Natref, Africa in response to unprecedented drift in demand amid national lockdowns to constrain the spread of Coronavirus. The company has also reduced production in Secunda synfuels, backed by the same crises. According to the company, the operations will be suspended till further notice from governing authorities.

Covid-19 outbreak in South America has pushed oil & gas companies into a bankruptcy. All major countries have witnessed significant contraction in demand of petrochemicals products. In response to huge demand destruction in oil and gas sector, Brazilian oil and gas giant Petrobras has decided to halt operations at 62 platforms in shallow water fields in the Campos, Sergipe, Potiguar and Ceara basins. Amid this unprecedented coronavirus crisis that has triggered a free fall in both crude oil price and demand, Petrobras also postponed its investments, disbursed lines of credit, cut operating rates, and curtailed capital expenditure.

Crude benchmark prices have nosedived to 18-year low with US WTI reaching negative for the first time in 40 years. While storage capacities are already overwhelmed with excess supply, sellers are now facing an intense pressure to sell-off their stocks at the lowest purchase price agreed upon by the buyer. Fall in feedstock price to such unprecedented low is consequential to the ugly outbreak of the pandemic COVID-19 which has dragged demand for the commodity to a near-zero level. This situation has been further aggravated by the price war between Saudi Arabia and Russia who have disagreed upon production cuts, leading to an over-supply in the international market.

Although this drop in crude oil prices would have little impact in stimulating demand in the short-run, downstream industries such as refining, petrochemicals, chemicals etc., might enjoy a temporary peak margin in their business operation during the current cycle. The downstream companies have an option to strategically and in an agile manner, shift their production lines to change product-mix as per the current market demand and capture higher margins resulting from spiked price differential between feedstock and finished products. But this position would be possible not before Q1 2021 whereby the recovery in demand is anticipated to take-on a U-shaped movement thereafter.