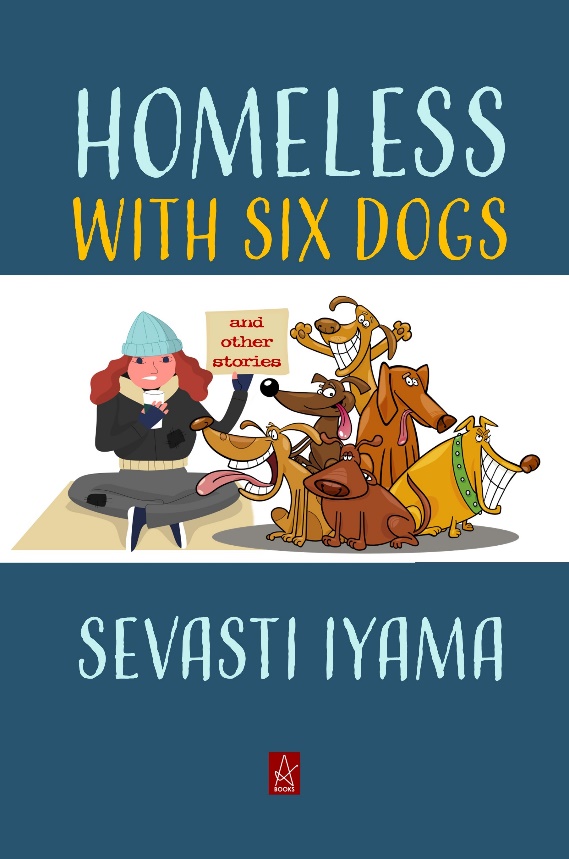 ADELAIDE BOOKS is proud to offer the latest work by Sevasti Iyama Homeless With Six Dogs: And Other Stories hitting stores everywhere on January 22nd, 2020.

“The day I officially became homeless was several days before President Trump met Kim Jun Un. I knew that Trump was trying to make relationships with North Korea and the United States amenable, but I secretly prayed that North Korea would unleash a ballistic missile on Reeder Track, the awful meth ridden, pothead neighborhood where the dogs and I had resided for over two years in a blue colored mobile home. I owned six dogs. Bragi, Homer and Plato are pit bulls. Athena is a dobie/pit bull/hound mix who was dumped in a field near my house. She loves to pirouette like a ballerina. Peron, who lived up to his name, is a Chihuahua mix. Evita is a dachshund mix. I wanted Un to give the orders for the missile to hit Reeder Track after my six dogs and I safely left the neighborhood. But then I realized that a nuclear blast would be catastrophic, extending at least 100 miles past Reeder Track. Needless to say, the major loss of life would be tragic. Plus my canines would become radioactive pets.
So that was not a good idea.”

Sevasti Iyama has written for The Fix, After Party, the Antelope Valley Press and the Kern Valley Sun. Several of her short stories have been published in Adelaide Literary Magazine, and she was a finalist for the Adelaide Voices Literary Contest 2018. The story that won was published in the Adelaide Literary Award Anthology—Best of 2018. While she studied acting and writing at NYU, she received her bachelor’s from Southern New Hampshire University where she will acquire a Master’s Degree in Creative Writing in February 2020. Additionally, her short story, The Rottweiler will be published in Badlands Literary Journal in 2020.