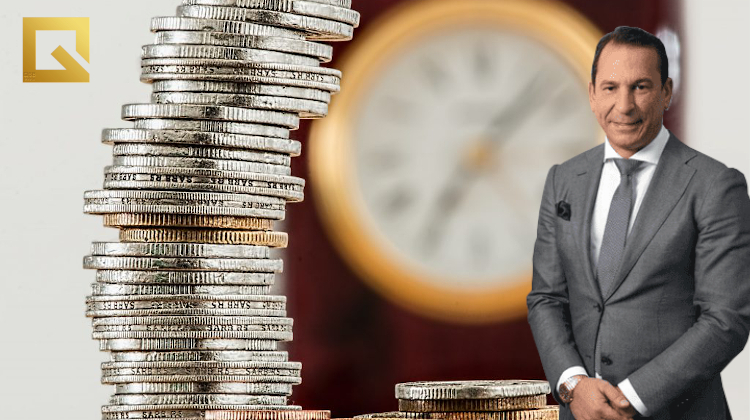 In Europe, tens of thousands more people died within four weeks than in the same period of previous years. Among the over-65s, the so-called excess mortality rate was almost 50,000 people. In the Federal Republic of Germany, as of Friday, April 24, 2020, over 5,000 people have already died as a result of Covid 19 disease. The number of infections in the USA is constantly approaching the one million mark, and a decline in the number of new infections per day is not currently being observed – the same applies to Great Britain. In Italy and Spain, too, no positive trend can be seen at present, with the daily case numbers settling at a higher level than at the end of March.

In this context, Josip Heit, Chairman of the Board of Management of GSB Gold Standard Banking Corporation AG, answers the interview on the subject of luxury in the time of the corona crisis. Mr. Heit, as Chairman of the Board of Management of a group of companies dealing with golden values, how do you see the topic of luxury, especially in the Corona crisis?
“Well, if you look around the boulevards of Paris, via Berlin, Moscow and London, you will find all the big brands that promise a luxurious life with their omnipresent advertising. Tourists queued up in front of Chanel and Louis Vuitton, among others. The entrance was not for everybody, the waiting time was often several hours.
Where otherwise daily bags, from which one could have bought a small car, designer brands and wardrobes, more expensive than a wedding dress – went over the counters, now the fear of a sneaky virus prevails. However, this is only a snapshot and even if you ask yourself why do we want luxury at all – and what do we expect from it? Why do we want something that is actually superfluous, not rationally useful? Why do people buy exaggeratedly fast cars that are as fast as their owners will probably never – or not everywhere – be able to drive them?

Is the answer in the time when a pandemic is raging, public life – and thus every opportunity to display luxury is paralyzed, nevertheless quite banal.
Because those who have really managed to acquire something good and beautiful, even if it is only a small thing, want this luxury in order to reward themselves for their diligence, although luxury may have a completely different status right now, and it could soon be called space!

Mr. Heit, you yourself have been operating a luxury travel division for years, where do you see tourism in and after the Corona crisis?
“Cheap flights at low prices will soon be a thing of the past. Flight tickets could and probably will cost considerably more. There will be hotels that will raise prices – travel will probably become much more expensive when it is possible again. And this is not because politicians and companies are finally daring to demand surcharges for more climate-friendly and socially responsible business. Not because conclusions are finally being drawn from the climate debate of recent months. But because the danger of infection with the corona virus is reducing the amount of space available: keeping your distance in the future will be more expensive than before the corona pandemic!

Nevertheless, I can only recommend every investor to invest right now, because no matter which industry is affected by the corona virus today, there will also be a time after the corona pandemic, as it has always been after crises, wars or emergencies.
It may sound almost cynical when I say, “There will always be luxury”, this is the truth and this truth cannot be denied.

Take gold, for example. Gold is often in high demand in times of crisis – this is also evident during the current corona pandemic. The price has risen disproportionately in recent weeks. Large gold dealers in Germany currently only allow 500 orders per day in their online shops. Three of the most important bar producers from Switzerland had to shut down their operations as a result of the corona pandemic, so there are currently not enough gold bars available.

Mr Heit, what is the advantage of gold in times of crisis?
Quite simply, in the past the price of gold has often moved in the opposite direction to the global stock market, one reason for this is that when consumers lose confidence in the financial markets during crises, they buy precious metal as an alternative, especially when currently fixed economic components such as oil are under such pressure on prices, which can endanger the stock and currency markets. As a conclusion I would like to state on the part of GSB Gold Standard Banking Corporation AG: “Gold has always been and always will be a safe haven and luxury items of any kind, optional for speculators, are the opportunity now – as they have not been for a very long time!