Appreciating the efforts of MoD, SIDM and all other stakeholders, the Raksha Rajya Mantri said, the virtual museum will honour the contribution of the country’s bravehearts who have made the supreme sacrifice in the service of the nation and bring their stories to the people, especially the youth. He expressed confidence that the virtual museum will encourage more and more people to visit the Gallantry awards portal and inspire the youth to come forward & join the Armed Forces.

Shri Ajay Bhatt stressed that soldiers are role models who spread the message of patriotism among the younger generation and lead them on the path of success. He lauded SIDM for promoting indigenous R&D and manufacturing defence equipment, adding that it is playing an important role in achieving ‘Aatmanirbhar Bharat’, as envisioned by Prime Minister Shri Narendra Modi.

Speaking on the occasion, Defence Secretary Dr Ajay Kumar congratulated SIDM and all other stakeholders for developing the virtual museum in a short span of time. He expressed confidence that the museum will go a long way in promoting the objective of Gallantry awards portal which is to raise awareness among the youth about the sacrifices and brave deeds of the country’s bravehearts. Dr Ajay Kumar made special mention of the Veer Gatha project, one of the initiatives of MoD as part of Republic Day Celebrations 2022, organised by the Gallantry awards portal and Ministry of Education. Over eight lakh students across the country participated in the initiative and shared their inspirational stories through essays, poems, drawings & multimedia presentations. He stated that 25 students were declared as winners and they will soon be felicitated as part of the Republic Day celebrations.

The Virtual Museum offers an opportunity to the visitors to log in/register themselves; scroll through the entire available data of a particular gallantry award winner and pay tribute to the bravehearts in a customised way. It also comprises of a war room hosting the tales of bravery of the Gallantry award winners. An archive of inspirational videos and equipment exhibition is also a part of the museum. The Selfie booth provides an opportunity to the visitors to click a selfie with the background image of their choice out of the huge library available on the portal.

The MoD had conceptualised and developed the Gallantry Awards Portal to honour the contribution of the soldiers in the service of the motherland and bring their stories to the citizens. In 2017, Prime Minister Shri Narendra Modi had inaugurated the project to acknowledge the bravery and sacrifice of the award winners and felicitate them. The revamped version of the portal with multiple new features, including allowing citizens to express their patriotism in the form of tributes & pledges and participate in quizzes & events was launched by Raksha Mantri Shri Rajnath Singh in 2021.

The revamped version also enables families and friends of the awardees to share their stories. The portal is a repository of information of the award winners, battles and wars. It is a storehouse of education material for researchers, educationists and general public.

After China and USA, India is the 3rd largest dam-owning nation in the world. There are around 5,700 large dams in the country, of which about 80% are already over 25 years old. Nearly 227 dams that are over 100 years old are still functional. Although India’s track record of dam safety is at par with that of the developed nations, there have been instances of unwarranted dam failures and of poor maintenance issues.

The Dam Safety Bill provides for adequate surveillance, inspection, operation, and maintenance of all the large dams in the country so as to prevent dam failure related disasters. The Bill provides for an institutional mechanism at both Central and State levels to address structural and non-structural measures required for ensuring the safe functioning of dams.


The safety and security of our dams is a matter of great concern as it is not just about infrastructure but also the question of thousands of lives around and affected by them.#DamSafetyBill2019

As per the provision of the Bill, a National Committee on Dam Safety (NCDS) will be constituted to help evolve uniform dam safety policies, protocols, and procedures. The Bill also provides for the establishment of a National Dam Safety Authority (NDSA) as a regulatory body for ensuring the nationwide implementation of dam safety policies and standards. At the State level, the Bill prescribes for the constitution of State Committees on Dam Safety (SCDS) and the establishment of the State Dam Safety Organizations (SDSO).

The Dam Safety Bill also addresses in a comprehensive manner, critical concerns related to dam safety on account of emerging climate change related challenges. This Bill provides for regular inspection and hazard classification of dams. It also provides for drawing up of emergency action plans and comprehensive dam safety reviews by an independent panel of experts. There is provision for an emergency flood warning system to address the safety concerns of downstream inhabitants.

Through this Bill the Dam owners are required to provide resources for timely repair and maintenance of the dam structure, along with related machinery.

This Bill looks at Dam Safety holistically and provides for not only structural aspects, but also operational and maintenance efficacy through prescription of strict O & M protocols.

This Bill has penal provisions, involving offences and penalties, for ensuring compliance of the provisions.

Definite timelines have been provided in the Bill for the establishment of a robust institutional framework, with the support of both the Centre and the States. The Bill also focuses on implementation of mandatory dam safety actions by the dam owners within a defined timeline. The passage of this Bill heralds a new era of dam safety and water resources management in India.

Director of DEAL Shri P K Sharma briefed the Raksha Rajya Mantri about various ongoing and planned projects and the production status of the products developed by the laboratory and users’ satisfaction.

During the visit, Shri Ajay Bhatt discussed the activities of DEAL at length and made several suggestions towards encouraging private production units in Uttarakhand to boost local defence manufacturing and also on induction policy of products developed by the DRDO.

The Raksha Rajya Mantri was demonstrated the products and technologies developed by the DEAL for the Armed Forces. This included SDR, GSAT-6 terminals, Troposcatter Modem, HD-VLF communication system and Data Links for RUSTOM-II MALE UAV and AEW&CS.

Shri Ajay Bhatt appreciated the efforts of laboratory in developing state-of-the-art communication and surveillance systems and technologies. He also lauded the efforts of the DEAL towards the social responsibilities including setup of COVID-19 related support, communication support during natural calamities, providing internship to engineering graduates and post graduates, organising webinars with universities, and showcasing of products developed by the laboratory for general public at various occasions. He also planted a sapling on the campus of the laboratory. 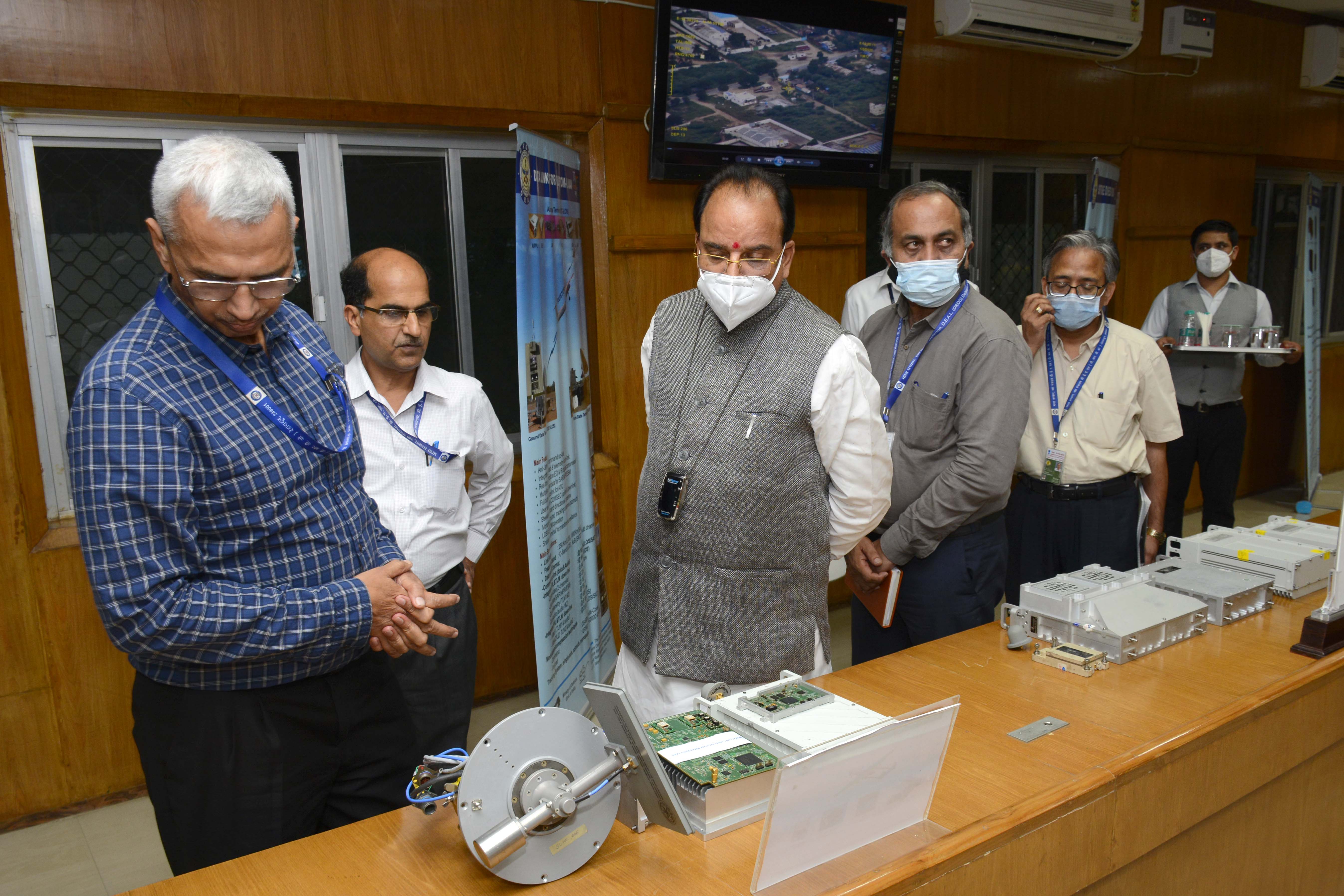 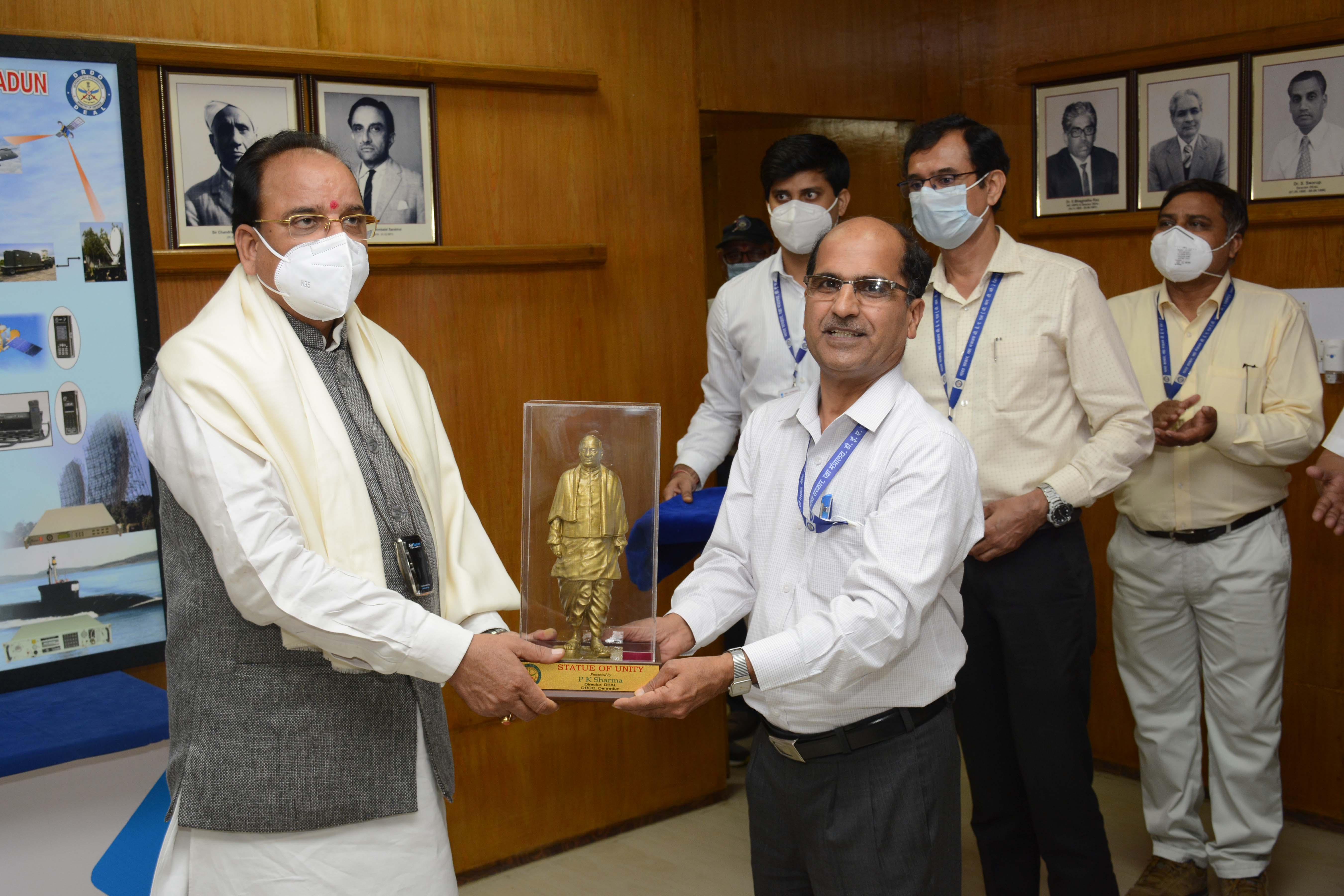 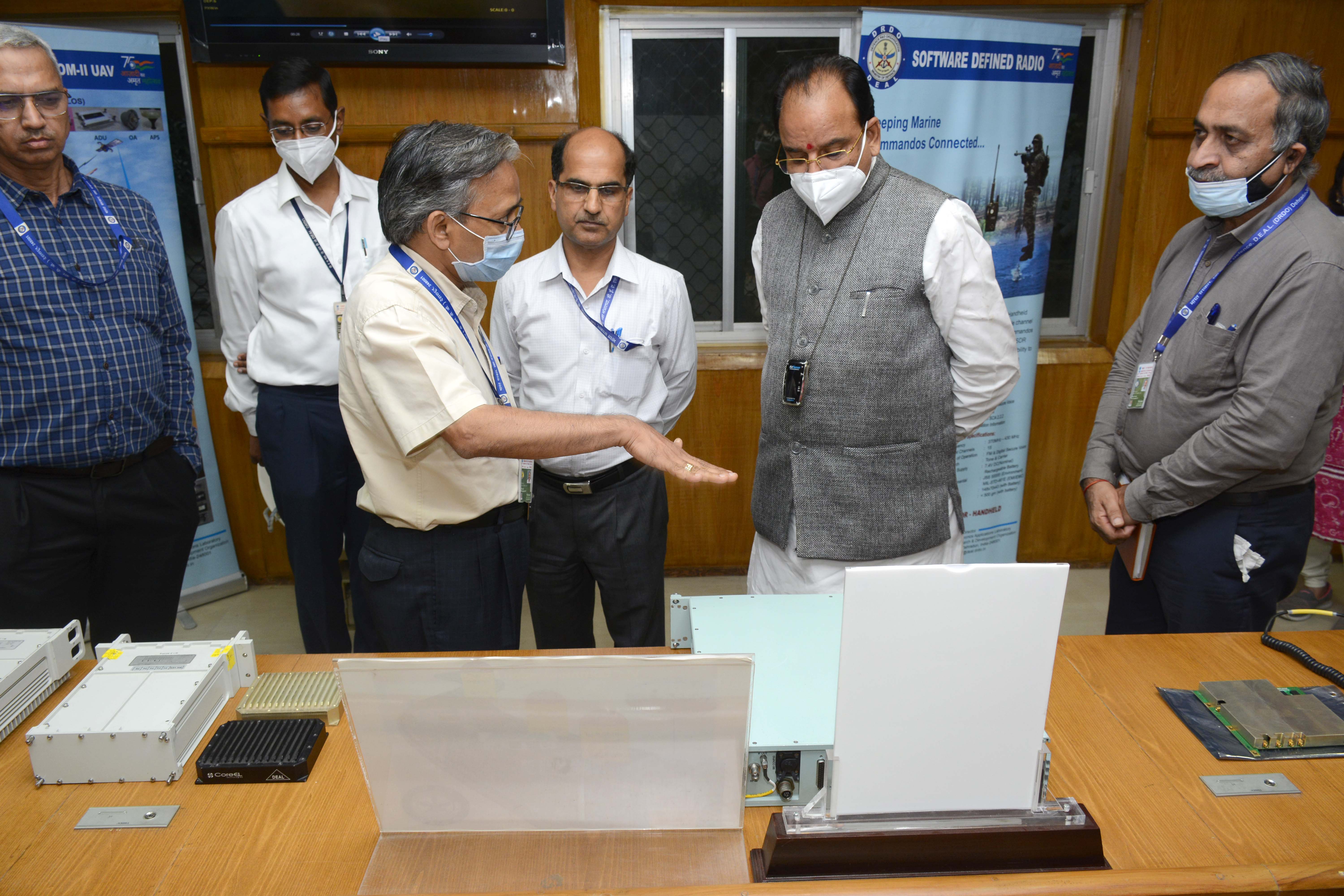