Railways to Participate in Weightlifting National Championships to retain the title

It is well known that Indian Railways is one of the largest organizations in the country which provides employment to the sportspersons and Railway Sports Promotion Board as a part of its sports promotion activities and with the motive of “Jahan Khel Wahan Rail” develops sports infrastructure for providing world class training and facilities to not only IR sportspersons but also to the sportspersons of the country for improvement of their sporting skills and for polishing their talent. With approximately 10000 sports employees including around 3000 actively involved in sports activities, IR is largest employer of men and women sportspersons in the country.

It is also a matter of records that Indian Railways sportspersons have played an excellent role in bringing laurels to the country at the International platforms. Be it Commonwealth Games, Asian Games or the Olympics, IR sportspersons have a large contribution in performance of India.

Indian Railways have produced star weightlifters like Ms. S. Mirabai Chanu, who brought silver medal for the country in the Tokyo Olympics 2020 and became the first ever weightlifter from India to win a silver medal at Olympics, Arjuna awardees like Mr. Sathish Sivalingam, Ms Renu Bala, Ms. Sanjita Chanu and many more.

Now, tourists visiting “Statue of Unity” can experience the rich cultural history of Gujarat at Kevadiya station itself.

Adding one more tourist attraction near “Statue of Unity”, Vadodara Division, Western Railway has awarded first of its kind contract in Indian Railways for development of Art Gallery with Souvenir shop at Kevadiya Railway station under PPP initiative.

Drawing on the benefits of PPP model, the Art Gallery will showcase different Art & Craft forms of Gujarat and India and will be developed and operated by private party with earnings to Railways of 24.7 lacs and potential revenue of 2.83cr. This concept will not only enrich the experience of people visiting Kevadiya, but on social front, this unique concept will also provide employment to the local tribal people of Narmada district by giving them an opportunity to promote their tribal art.

Salient features are as indicated in video clip:https://youtu.be/iPFIz_wA8hg

This will ease congestion on Golden Diagonal, Delhi- Chennai route. With the commissioning of third line, trains shall run at a speed of 130 Kmph between Bina-Bhopal-Itarsisection. 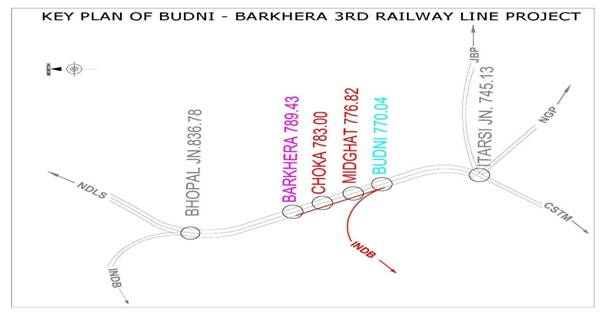 For capacity enhancement, work of construction of third line on Bhopal- Itarsi Section is sanctioned by Railway Board in three separate works i.e.

Salient Features of the project

RVNL is constructing these tunnels in horse shoe section; this form consists of a semi-circular roof together with arched sides and a curved invert.The method follows to construct this tunnel is NATM (New Austrian Tunneling Method). NATM is a support method to stabilize the tunnel perimeter by means of sprayed concrete, anchors and other supports and uses monitoring to control stability

The location of these tunnels is: –

The tunnel was constructed on a 500 m curvature. The total length of Tunnel-5 is 530m and the width is 14.4 m, which is exceptional, as this is a double track tunnel. The constructing of single track tunnels is the norm over Indian Railways. As Tunnel-5 lies in a wildlife sanctuary, very strict procedures were followed which included tunnelling work being done only in one shift from sunrise to sunset. Tunnelling was started in May 2020 from both ends as per procedure and in Feb 21 the complete tunnel was excavated on 19.02.2021. The tunnels from both ends met in perfect alignment with zero error, thus maintaining complete accuracy and resulting in a perfect breakthrough. This was achieved despite three months of heavy monsoon and lockdown period. All safety norms were observed successfully 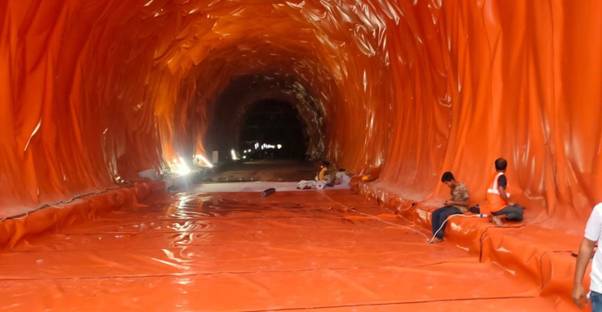 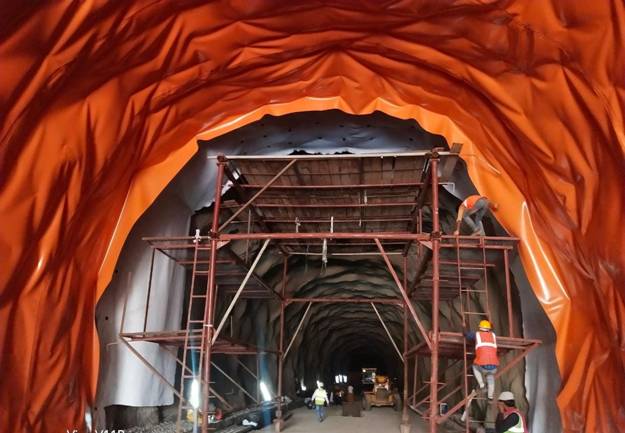 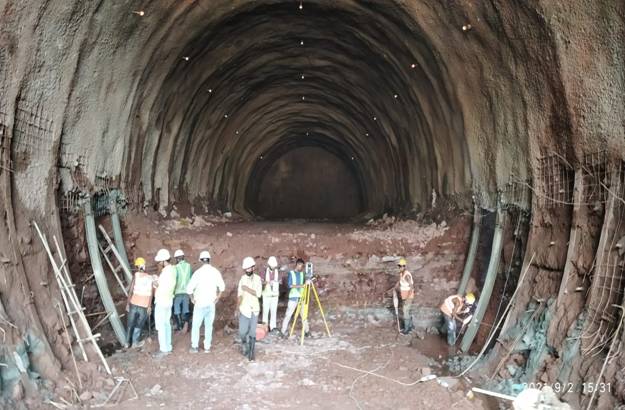 Installation of water proofing membrane at T-5 in progress 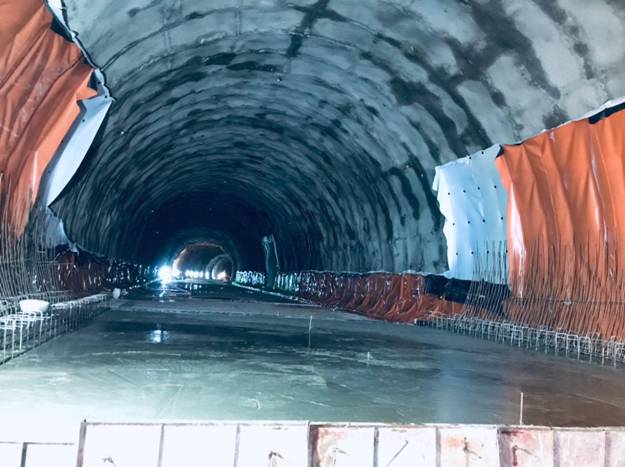 Reinforcement for Invert Lining at Tunnel-5 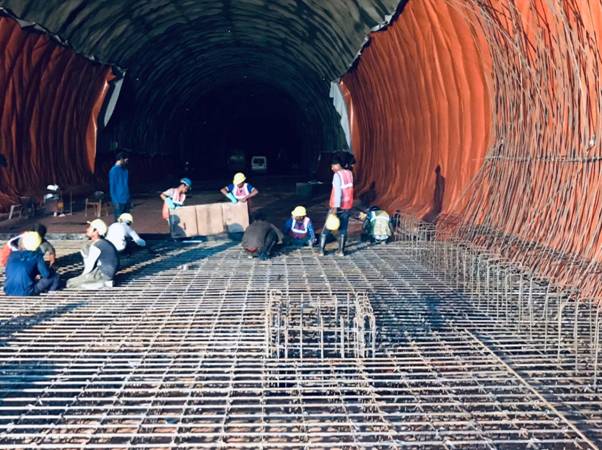 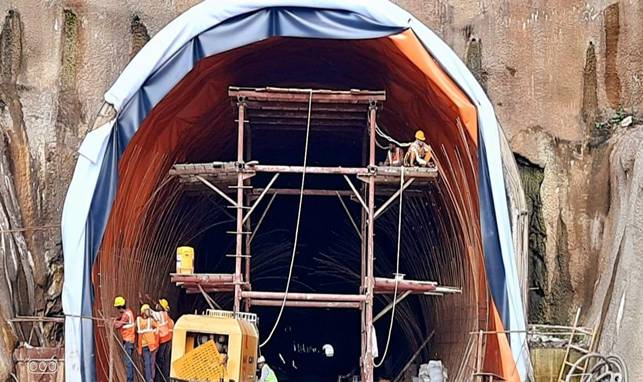 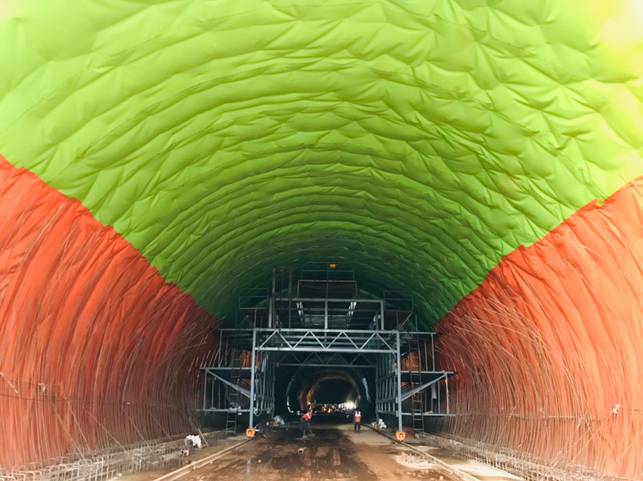 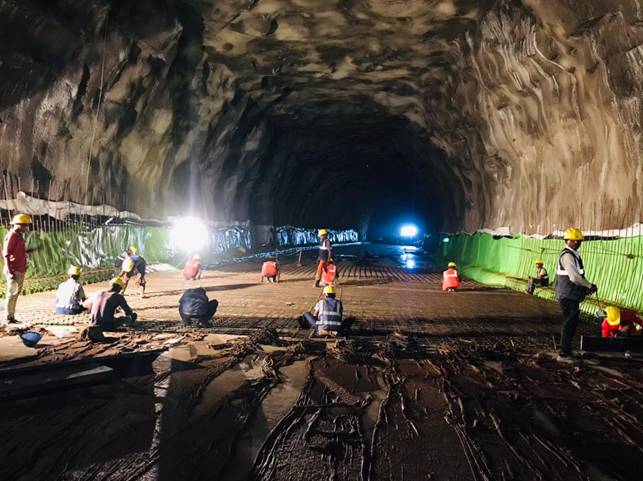 For the convenience of passengers during Ganapati Festival and to clear the extra rush during the festive season, Indian Railways will run 261 Ganapati Special trains to various destinations on Special Fare.

For detailed information regarding timings & halts, passengers may please visit  www.enquiry.indianrail.gov.in. It is worth mentioning that only passengers having confirmed tickets will be permitted to board these special trains. Passengers are requested to adhere to all norms, SOPs related to COVID-19 during boarding, travelling and at the destination.

“Advanced Chemistry Cell (ACC) Batteries” and “National Hydrogen Mission” are two flagship programs of Government of India so as to meet out the targets of reducing Green House Gas (GHG) emission under Paris Climate Agreement 2015 and “Mission Net Zero Carbon Emission Railway” by 2030. Accordingly, there has been recent budgetary pronouncement to kick off the concept of Hydrogen Mobility in the Country. Accepting it as a challenge, Indian Railways Organization of Alternate Fuel (IROAF), Green Fuel vertical of Indian Railways, has invited the bids for Hydrogen Fuel Cell based Train on Railways Network. The project shall commence in 89km Sonipat-Jind section of Northern Railway.

Initially, 2 DEMU rakes will be converted and later, 2 Hybrid locos will be converted based on Hydrogen Fuel cell power movement. There will be no change in the driving console. Also, the project will lead to saving of Rs.2.3 Cr. annually.

Details of the Project:

•    Stationary (on ground) hydrogen storage and filling station at site as per RDSO specification no. R2/347/Fuel Cell-1 of july’2021