Questions Like Gifts to Exchange for the Holidays–Christmas and Hanukkah 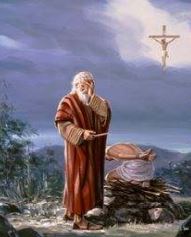 BROOKLYN, N.Y. – Nov. 5, 2021 – PRLog — Jewish people cite their shema that “The LORD our God is one,” Deuteronomy 6:4. A concordance shows the word for ‘one’ is echad, and it means a combined unity, like when the evening and morning became day one, Genesis 1:5. We see it again when man cleaves to his wife and they become one flesh. Gen 2:24

Understanding that God is a combined unity of two dissimilar entities (like man and wife being one) we can better understand the creation where “God said, Let us make man in our image, after our likeness… male and female.” Genesis 1:26,27. The word for God is Elohim—it’s the plural form of the word from eloha which is the feminine root. This begs an understanding of God as plural, but it has questions for Christians.

The 5th Commandment says, Honor your father and mother that your days may be long on the land that the LORD your God gives you. A second, double meaning can include our heavenly Father and Mother.

The Lord’s prayer for Christians says, “Our Father which art in heaven,” but “Father” implies a Mother and the apostle Paul said, “Jerusalem which is above is the Mother of us all,” Galatians 4:26. We think it’s a city but cities are named for important people, like Washington DC, etc.

Paul again cites “the whole family in heaven” in Ephesians 3:15. Family consists of father, mother and offspring. In asking Jewish friends about this, they may reply with questions of how Christians came to believe an all-male (homosexual) godhead that the Catholic Church claims as the basis of all their doctrine

God calls it an abomination (Leviticus 18:22) and the harlot church in Revelation 17:5, the Mother of Abominations. Sodom further shows the destiny for those bent on doing their own thing. As we approach a time of Judgment in our world, we should consider how our Creators made us (Genesis 1:26) and what the lessons from nature should teach us.

When Isaac asked where the sacrifice was in Genesis 22, Abraham replied, God will provide Himself a sacrifice. This also can have a deeper meaning than the ram in the bush. The Christians’ best-known text is, “God so loved the world that He gave His only begotten Son, that whosoever believes on Him should not perish, but have everlasting life.” John 3:16.

Either He was a liar, or maybe the disciples who abandoned Him knew something later–they were willing to die for Him—would we die for a lie? Abraham was right—God provided the sacrifice, and it cost Him more than any of us could ever pay for our sins. We should love our Creators. Nothing They ask in the Ten Commandments is too hard—it’s a better way of life and it can be forever if the Bible is not just a book of stories. Those who study it gain faith or trust that goes far beyond the twisted “news.”

Richard Ruhling is a retired MD who sees that a misunderstanding of Bible is behind most wars and atrocities that beginning to ruin our world. More information at his website, https://healthhappinessdestiny.com/ where he recommends an 8-minute health video on the DVD tab.