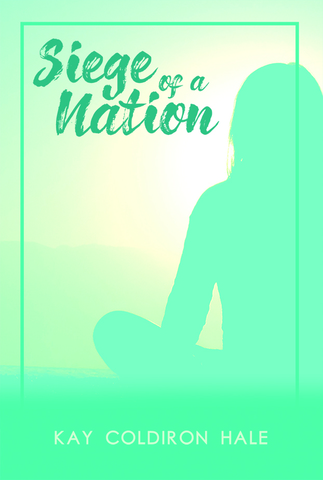 Siege of a Nation, a new book by Kay Coldiron Hale, has been released by Dorrance Publishing Co., Inc.

Badly hurt in an airplane accident, Rebecca found herself alone and hiding from terrorists who had taken over the country and were killing all who stood in their way. But in the depths of her despair, she discovered that she wasn’t alone and that she possessed powers that would allow her to bring peace back into a world that had descended into a nightmare.

Can Rebecca use these other-worldly powers to fulfill her destiny and save herself, her loved ones, and her nation?

About the Author
As one of eleven children, Kay enjoyed growing up in a large family, and she has six children of her own. When she isn’t writing, she enjoys crocheting and writing songs.

Siege of a Nation is a 298-page paperback with a retail price of $20.00 (eBook $15.00). The ISBN is 978-1-6480-4120-4. It was published by Dorrance Publishing Co., Inc of Pittsburgh, Pennsylvania. For members of the press, to request a review copy, visit our virtual pressroom at http://dorrancepressroom.com/siege-of-a-nation/ or to buy the book visit our online bookstore at https://bookstore.dorrancepublishing.com/siege-of-a-nation/