Celebrating World Heritage Day on 19th April 2022, National Monuments Authority organized a unique Heritage Walk early this morning around the historical Anang Tal, Mehrauli, an 11th Century mini lake built by the founder King of Delhi Anang Pal Tomar in 1052 AD. The Hindu dynasty of Tomars ruled Delhi and the name itself has come from the Dhillikapuri of which several stone inscriptions were found by General Canningham during British ASI period.

The Heritage Walk was led by the known Archaeologist Dr B R Mani, former Addl.DG, ASI and former DG, National Museum and Shri Tarun Vijay, Chairman, National Monuments Authority. The inauguration by flagging off the Heritage Walk was done by the Chief Secretary of Delhi Shri Vijay Kumar Dev, IAS. A special inspirational address was given by Dr. Krishan Gopal, Joint General Secretary of RSS who applauded the efforts and appealed to unearth more such monuments. 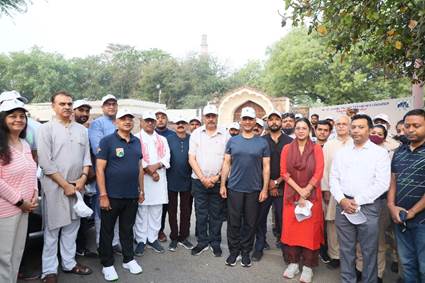 Dr. Mani said that he excavated the site between 1993 to 1995 under ASI. There is still some water left in Anang Tal but gradually the mini lake has shrunk over time.  The Heritage walkers included several archaeologists, historians, research fellows from various universities numbering about 150. Shri Bharat Bhushan, Mg Director of Bharat Prakashan, Shri Hitesh Shankar, editor, Panchajanya , Dr Ravindra Kumar, Dean, School of Heritage Research and Management, Dr Ambedkar University also joined. Dr. Mani explained to the Heritage Walkers that unless it is declared as a protected monument there will not be any trace left of it in the coming years. 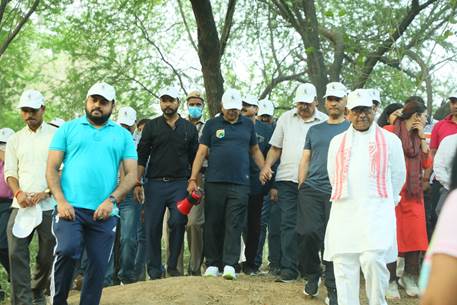 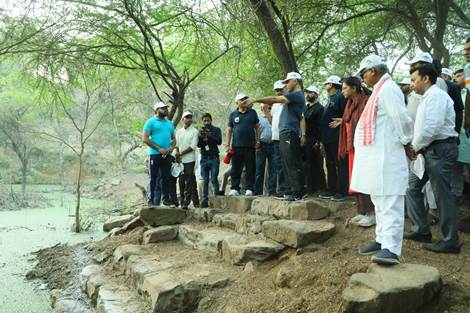 Shri Tarun Vijay said that Anang Tal is one of the most significant historical monuments that connects us to the beginning of Delhi. We are celebrating World Heritage Day according to the vision of the Prime Minister Shri Narendra Modi ji and re-establishing the glory of Anang Tal and the monuments related to the great Hindu King of Delhi. Reviving Maharaja Anang Pal Tomar’s monuments is a major movement that NMA has taken up. He said that fortunately our Minister for Culture Smt. Meenakshi Lekhi has taken a deep interest in King Anang Pal and monuments related to him, therefore, we are sure that this great historical mini lake Anang Tal will be revived and will become most visited monument in the capital. 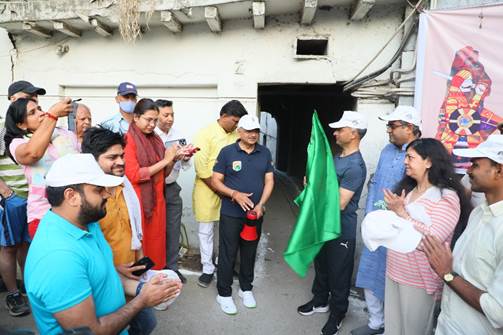 Shri Vijay Kumar Dev, IAS, Chief Secretary of Delhi said that this is most momentous and thrilling Heritage Walk of his life which has given a new insight into the glorious past of Delhi. He assured all help to have the area cleaned up and make it a better place for tourists and researchers. He said that we must take pride in our heritage and complimented Shri Tarun Vijay for organizing this walk.

Shri Tarun Vijay said that he is also planning Heritage Walk to the martyrdom place of Vir Banda Singh Bahadur the great ruler of Punjab who defeated the moguls and avenged  the death of two Sahibjadas. He was later killed y barbarically by the moghuls. A Gurudwara has been built at that place related to his memory in Mehrauli. It is our duty that that the memory of the supreme sacrifice of Vir Banda Singh Bahadur be remembered and monument be kept with the grace and respect it deserves.