Union Minister of Road Transport and Highways, Shri Nitin Gadkari along with Chief Minister Dr Pramod Sawant today inaugurated a four lane section from Loutolim village to Industrial Development Corporation, Verna on NH-566 at Verna, Goa on November 1, 2021. The 3.84 kms stretch of road is the missing link road which is constructed at the estimated cost of Rs. 184.05 crores. Total length of the project is 7.32 km, and starts from Loutolim to Titan Gate of Verna Industrial Corporation. The travel distance from Ponda to Mormugao is reduced by 12kms, thus reducing travel time by 30 minutes. Total project cost for the entire 7.32 kms stretch from Loutolim to titan gate is Rs. 229.85 crores.“Under the visionary leadership of Prime Minister Narendra Modi, the country is progressing rapidly. Goa is a tourist destination, I wish it to transform into a world-class tourist destination. On the zuari river, state of the art cable-stayed bridge work is in progress, with the help of the state government we are constructing a ‘viewer gallery’ like Eiffel Tower on it. I will ask the ministry to issue the tender for this today itself”, said Shri Nitin Gadkari. 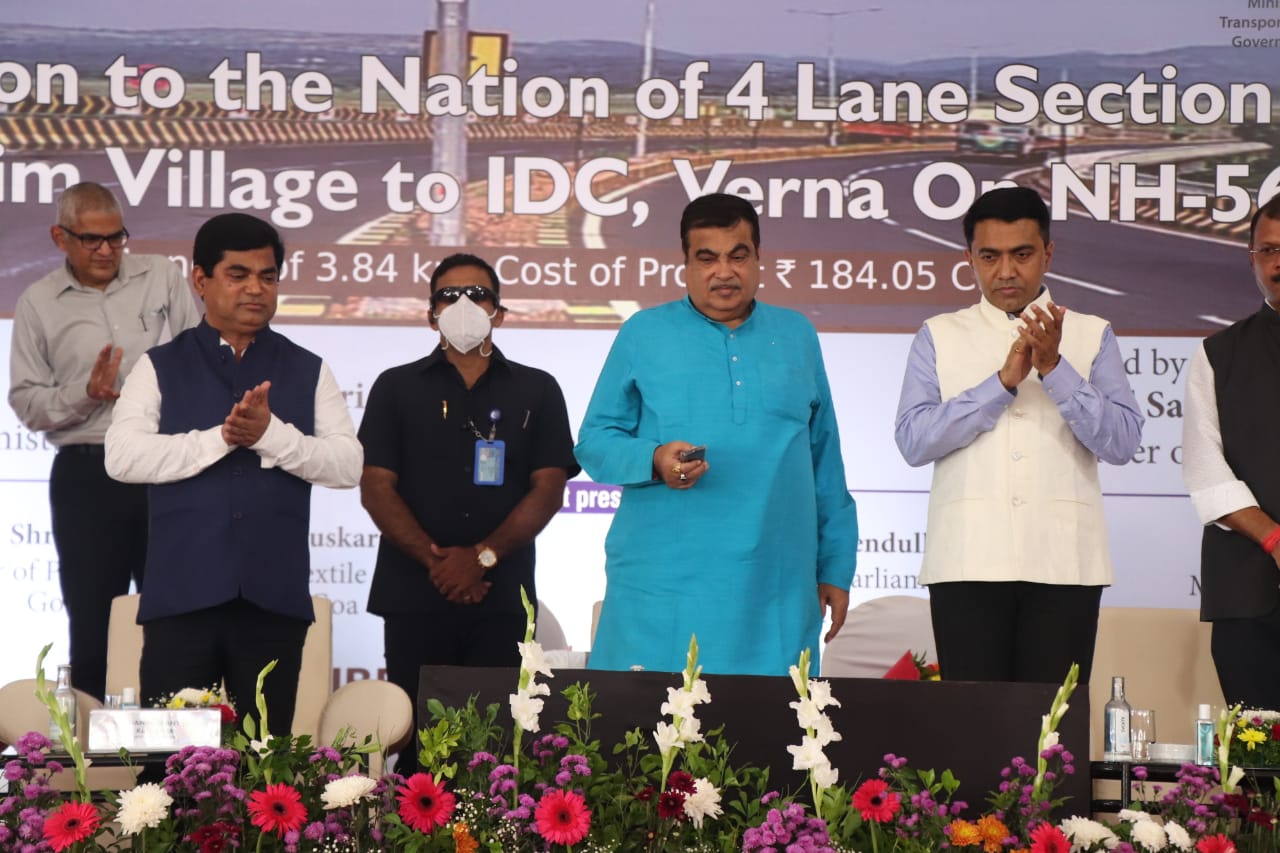 For roads connecting Goa from Maharashtra and Karnataka; central government has already invested Rs. 11,000 crore, adding 300 crores to it, government has constructed a bridge on Khandepar River, said Nitin Gadkari. Mopa link road of 6.6 kms of six lane, with the estimated cost of Rs. 1200 crore will be constructed by the Ministry of Road Transport and Highways, assured Shri Gadkari. The work of the road will be completed by 2023. 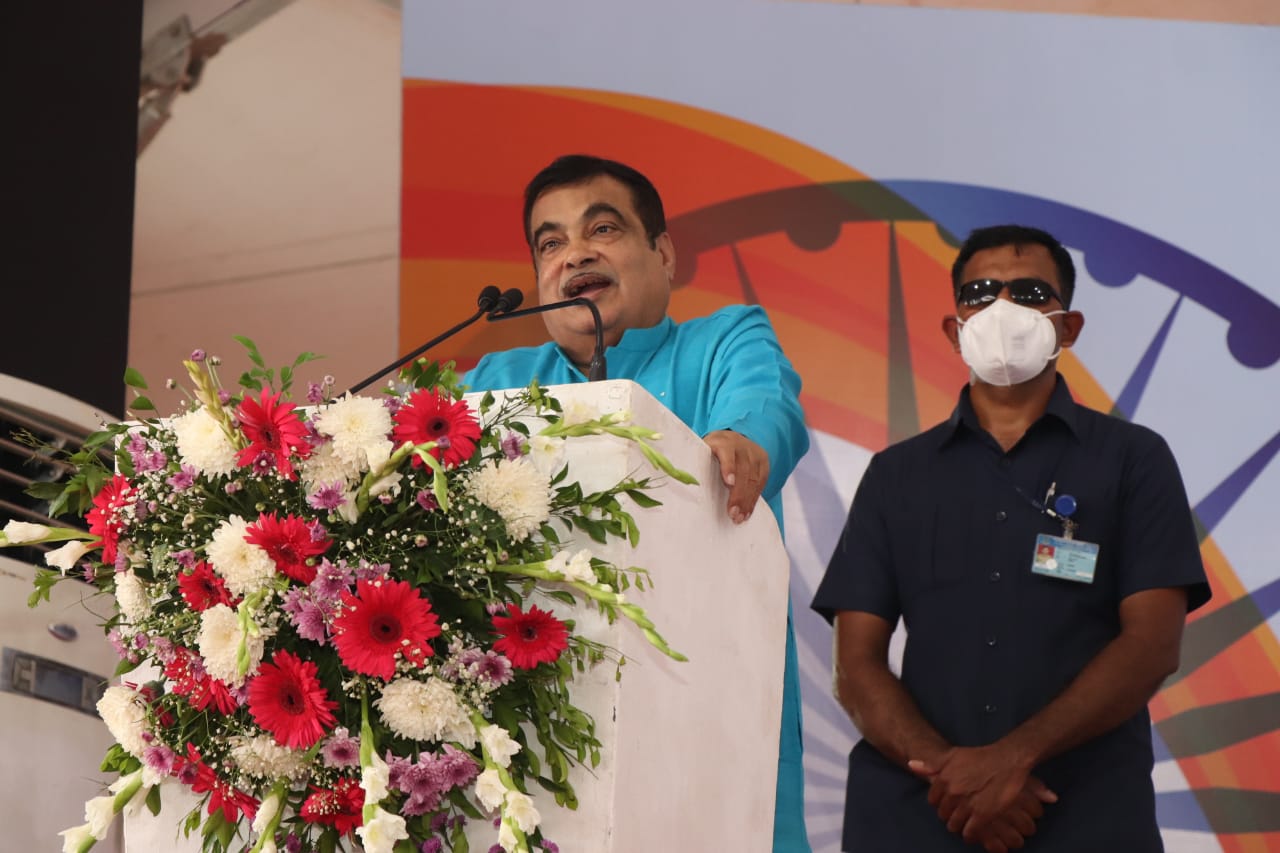 Union Minister Nitin Gadkari asked the Goa government to work on the concept of public transport on electricity. That will help in reducing all kinds of pollution. 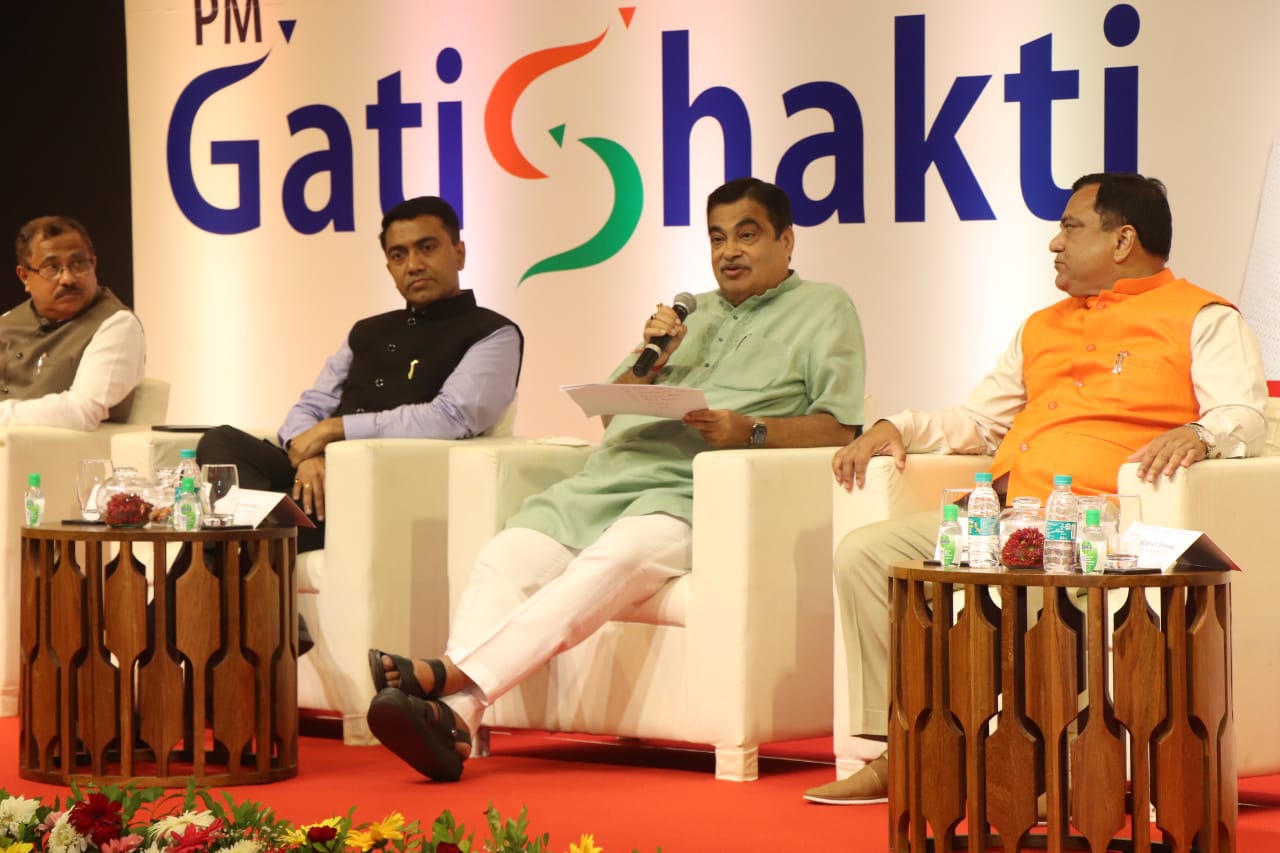 Under ‘Sagarmala’ project Rs. 3,000 crores are invested for the development of the Tuem industrial area as Electronic Hub. In the next five years electronics import from India is expected to Rs. 25 lakh cores, said Shri Gadkari.

In another event, the Union Minister inaugurated Telemedicine Services at Goa Medical College. “Innovation, entrepreneurship, science-technology, research, skill and successful practices we call knowledge, and conversion of knowledge into wealth is a future for the country” said Shri Gadkari. Shri Gadkari further added that, Telemedicine digital platform is one of the important platforms where, with the help of technology and particularly that of the medico experts, we can give relief to the poor people and those who don’t have access to the health facilities. Using technology for the people is very important. There is a need for more competition in the field of medicine to reduce the production cost. Providing facilities for the poor people and availability of medicine is very important in the health sector. By using technology we can give relief to people by and large and that is exactly the use of the Telemedicine Facility.Telemedicine facility launched in the state of Goa under Corporate Social Responsibility by Medico Experts.

Later in the day the  Union Minister Nithin Gadkari had  exclusive interaction with the industrialists under the PM’s Gati Shakti initiative organised by the state run Goa Investment Promotion Board and Facilitation Board. Union Minister of Road, Transport and Highway Nitin Gadkari on Monday suggested that Goa should promote water transport, which has huge potential. 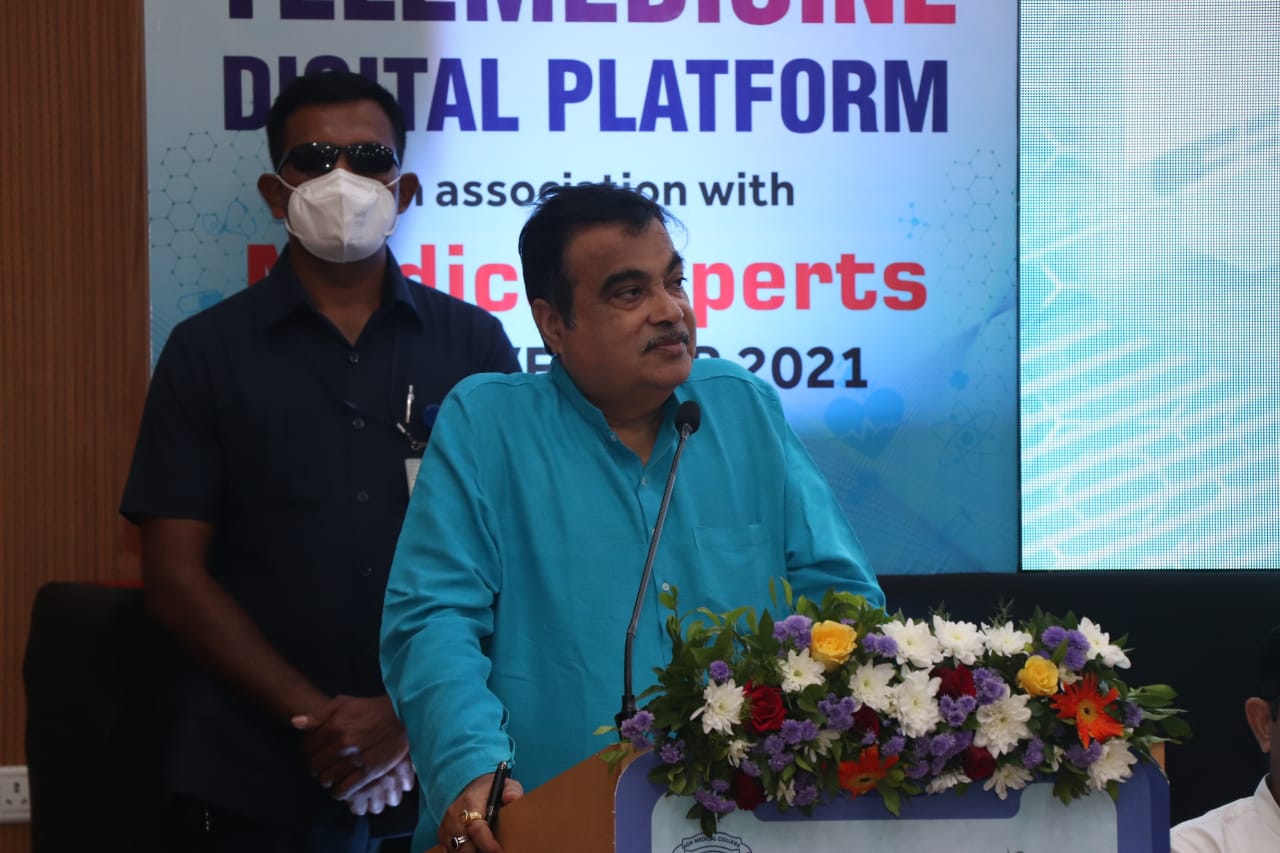 Chief Minister Pramod Sawant was also present on the occasion.  Gadkari said that there are a lot of new technologies available in the world. “My suggestion is that why are you not taking advantage of water transport. I tried my level best when I was shipping minister but I could not get the success,” he said. Gadkari said that there is a potential for water transport. He also said that there is a lot of potential in the Shipping Industry and there is a future for it. During the interaction, Gadkari gave details about PM Gati Shakti masterplan and said that the government wants to complete all projects by 2024-25. He said that by 2025, the National highway network will be extended up to two lakh kilometers. As far as Goa is concerned, we have sanctioned projects worth Rs 25,000 crore, he said adding that the most important is connectivity from Mumbai to Goa and than to Karnataka. He said the bridge over Mandovi is completed while work is underway on state of art bridge on Zuari river.The bridge on Zuari river will be a state-of-art bridge in the history of road construction  will be a tourist attraction like Eiffel Tower in Paris

Gadkari said that tourism is the basic strength for Goa and because of basic infrastructure, tourism will multiply. He said that the activities like amphibious seaplane, water sports activity can be encouraged in Goa. Gadkari said that the logistic cost in India needs to be reduced for which there should be dependency on the Sea transport. “Now presently, 70 per cent of transport on the road and 90 percent of passenger traffic is on the road. Our policy’s basic priority is for Waterways, second Railway, third road and later is aviation,” he said. Gadkari said that in the national interest, we need to reduce traffic on the road.  As far as Goa is concerned, Shipping is most important and there is potential for drone manufacturing in India. We are making 350 heli ports and the idea is to introduce heli ambulances, and encourage organ donation, he said. Gadkari said that the medical equipment manufacturing can be one of the sector that Goa can look out for.