“Manikbabur Megh is a modern-day fairytale for adults”

“In the modern and connected age, we are straying away from the core of our existence”: Director Abhinandan Banerjee

Our film is about an ordinary man, a loser: Producer Monalisa Mukherjee

A man gets into a literally unearthly romantic relationship with a cloud, taking him along a roller-coaster journey of faith, betrayal, belief and warmth. If one may paraphrase Duke Senior in Shakespeare’s “As You Like It”, one could say: Surreal are the outcomes of loneliness. Yes, debut director Abhinandan Banerjee’s Bengali film Manikbabur Megh tells the bizarre story of an ordinary man striving to discover meaning in life from his relationship with a cloud which starts to follow him. Known otherwise as The Cloud & The Man, the film has been presented for the delectable indulgence of film lovers at IFFI 52. The film has been screened in the Feature Film Category of the Indian Panorama Section of the 52nd edition of the International Film Festival of India, being held in Goa in a hybrid format, during November 20 – 28, 2021.

Addressing a press conference on the sidelines of the festival in Goa today, Banerjee told delegates how the film has its provenance in the epidemic prevalence of loneliness. “Loneliness is almost like a pandemic now, the origin of the idea came from the curse of loneliness on us.” He was joined by the film’s producer Monalisa Mukherjee, cinematographer Anup Singh, sound designer Abhijit Tenny Roy and editor Abhro Banerjee.

Banerjee added that the film has its origins in his own life experiences as well. “This film has been developed from an idea of my own experience of life and what I have experienced so far. In short, it can be called a modern-day fairytale for adults. In this day and age of connectivity, social media, internet and chaos of human society, we are straying away from the core of our existence which is nature and which is ourselves as well.” 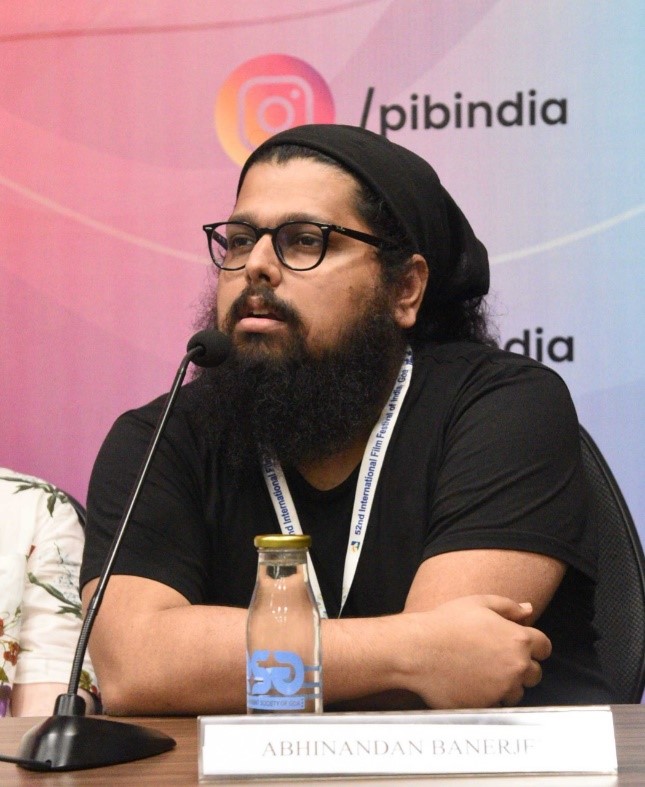 The Director informed that eventually, the film is a story about a socially unfit man trying to exist in a social setting, where as a natural harbinger, a cloud comes and starts to follow him. “What happens next is the story of the film.” 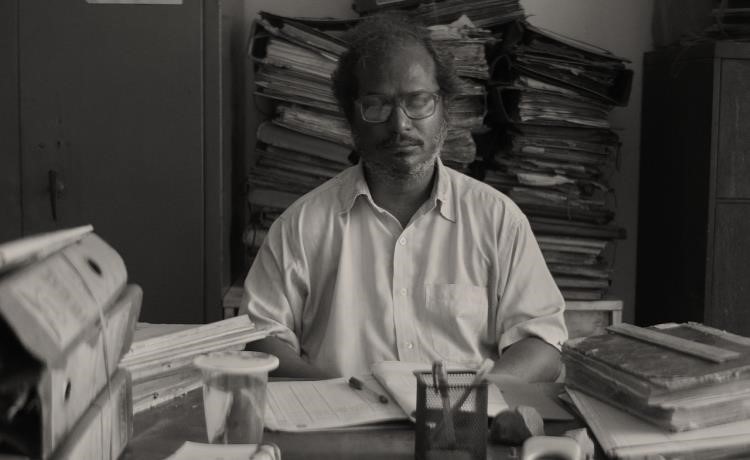 Producer Monalisa Mukherjee revealed that contrary to conventional stories, the film is about a loser, not a hero. “As a producer, people generally make fun-films about heroes. Our film is about an ordinary man, a loser. It’s important to tell those stories as well. In literature, you have read about love stories, but this films shows a unique love, where a cloud falls in love with a man.”

Sound designer Abhijit Tenny Roy explained how acoustic elements have been designed in order to enable viewers a close experience of the protagonist Manik Babu’s emotions and experiences. “Mostly films that don’t have dialogues are considered silent films. But it’s not quite so, we almost never experience silence. This is a film which is very experimental; it’s not verbose, you don’t have many dialogues on screen, so the viewers experience a lot of the things that Manik Babu hears, at times selectively; he experiences nature and its emotions in a certain way. We have tried to give an essence of that to you through the sound of this film. I think the viewers will get to see a lot from Manik Babu’s journey after watching this film.”

The film had its world premiere in Tallinn Film festival in November this year.

Banerjee, who has previously directed ad films and written stories, has this to say about the commercial aspect of filmmaking and film marketing. “I don’t understand the difference between commercial and non-commercial cinema. What I believe is that there are films where the craft is based on tools of filmmaking such as sound and imagery; and then, there are films which are completely driven by stories. We need to understand the masses, how they live in our country, and make films for them.  I hope that one day, audience will be more attracted to regional cinema.”