India’s First Indo-Korean Friendship Park was jointly inaugurated by Mr Suh Wook, Hon’ble Minister of National Defence, Republic of Korea and Shri Rajnath Singh, Hon’ble Raksha Mantri, at Delhi Cantonment on 26 Mar 2021. Located in Delhi Cantonment, the park’s significance is not only because of it being a symbol of strong India-South Korea friendly relations, but also as a monument to India’s contributions as part of 21 countries which participated in Korean war 1950-53, under the aegis of the United Nations.

The park has been developed in joint consultation with Ministry of Defence, Government of India, Indian Army, Delhi Cantonment Board, Emabssy of Korea and Korean War Veterans Association of India.

Spread across a green area of six acres, the park includes an entrance gate beautifully made in Korean style signifying the graceful culture, a jogging track, well landscaped garden and an amphitheatre. The park has an imposing handshake artifact standing tall at the entrance bearing flags of India and South Korea which was unveiled by Mr Suh Wook, Hon’ble Minister of National Defence, Republic of Korea and Shri Rajnath Singh, Hon’ble Raksha Mantri. The park also has a larger than life statue of General KS Thimayya, a celebrated soldier who led the Indian contingent as Chairman of Neutral Nations Repatriation Commission (NNRC) in Korea headed by India. The commission, through Custodian Force of India (CFI), was responsible for gathering unrepatriated prisoners of war into camps which was also India’s first commitment to a UN assignment after independence. The five pillars raised in the backdrop of General Thimayya’s statue are embossed with details of operations carried out by 60 Parachute Field Ambulance during the Korean war where they had treated about 1,95,000 cases, and performed about 2,300 field surgeries. One pillar also encompasses Nobel Laureate Gurudev Rabindranath Tagore’s narration of Korea as “The Lamp of the East” which was published in Korean daily “Dong-A-llbo” in 1929.

The ceremony was attended by a delegation from Republic of Korea including the Ambassador of Republic of Korea to India. The attendees also included the Chief of Defence Staff and the three Services Chiefs along with members of Korean War Veterans Association of India. 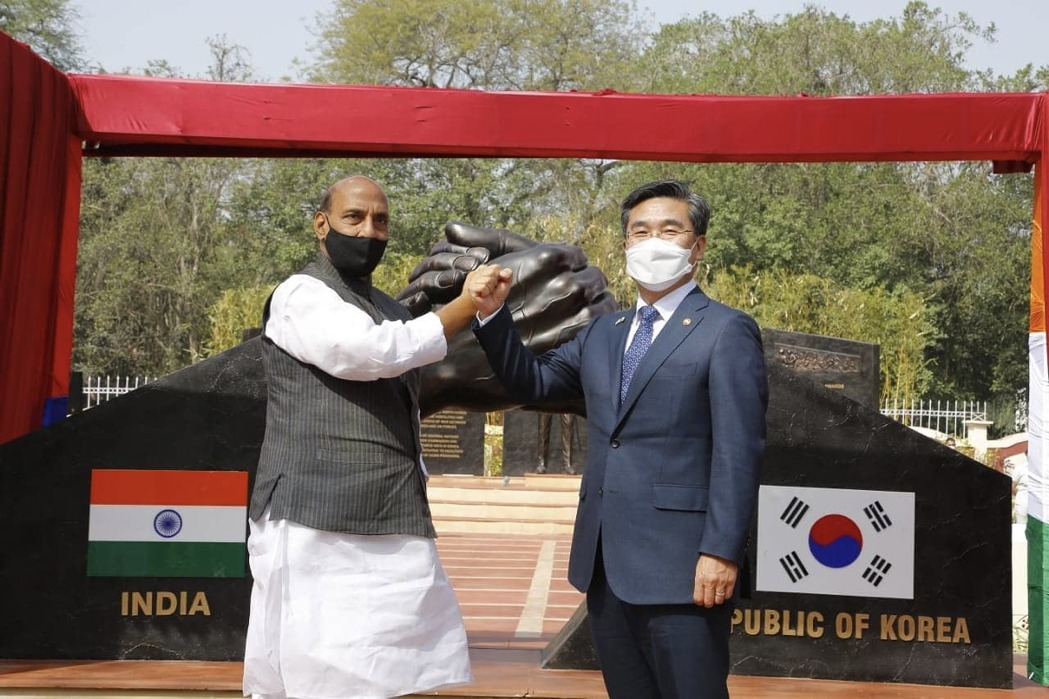