Shri B.L. Verma,  MoS for DoNER & Co-Operation in his video message, said that GoI under the visionary leadership of  PM Shri Narendra Modi  has been passionately working towards the development of North-East India with tourism sector being one of the core sectors and programs like Sympho-NE will serve as a milestone in the development of tourism potential in the region.

Shri. Harpreet Singh, Joint Secretary, MDoNER, welcomed all the dignitaries and opined that Sympho-NE is a great platform to assimilate the best of ideas and best practices that would boost and unleash the potential of tourism sector in the north-eastern region. Smit. R Lalrodingi, Advisor North Eastern Council, emphasized on the importance of ‘Skilled Man Power’ with technical training that would further enhance the tourism activities and showcase the ‘culture, adventure and nature’ of the North-Eastern region.

Mr. Kiran Gitte, IAS, Tripura Tourism Board, underlined the importance of creating a market economy to ensure sustainable tourism and making the North East, one of the most sought-after tourist places in the world.

Mr. Oken Tayeng, tour operator “Aber Country Travels” on adventure sports, talked about bringing out a government policy for the tourists to have a safe environment for them especially in adventurous sports like trekking, rafting, etc to ensure their safety. 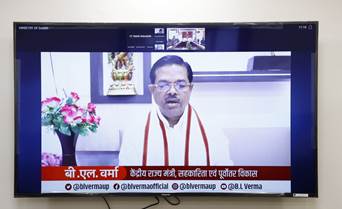 Shri. Lok Ranjan, Secretary MDoNER, in his concluding remarks for the development of Sympho-NE, stated that north-east India is a beautiful paradise and with a common vision of the community as a whole, we could showcase the diversity and beauty of the north-eastern region. By reimagining the Tourism Sector of North East, he said that the idea of “People and the Planet on the Core ” could help us to march towards inclusiveness, resilience and sustainability which will benefit the future generations as well. He further said that Sympho-NE represents the Ministry’s commitment to Public Participation and Jan Bhagidari.

Working on the opportunities towards exploring grand opportunities in the tourism sector in the north-eastern region, Ministry of North Eastern Region organized the virtual conference ‘Sympho-NE’ on 24th and 27th September 2022. Sympho-NE aims to create a roadmap to showcase the unexplored beauty of north-east India and appreciate the tourism sector in the north-eastern region. It included ideation, discussion & formulation of the ideas & suggestions by thought leaders, policy thinkers, social media influencers, travel & tour operators and senior officials of the Ministry of DoNER and state departments. 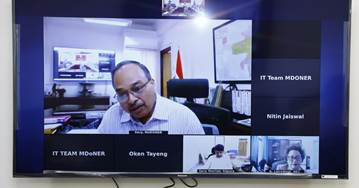 SymphoNE aims to develop a one-stop solution to eliminate all obstacles that are being faced by the tourists, and the tour operators alike while carrying out the operations for the visitors while solving logistics & infrastructural bottlenecks, lack of awareness about the locations among the tourist and to spread necessary information among the people for marketing/promotional activities.