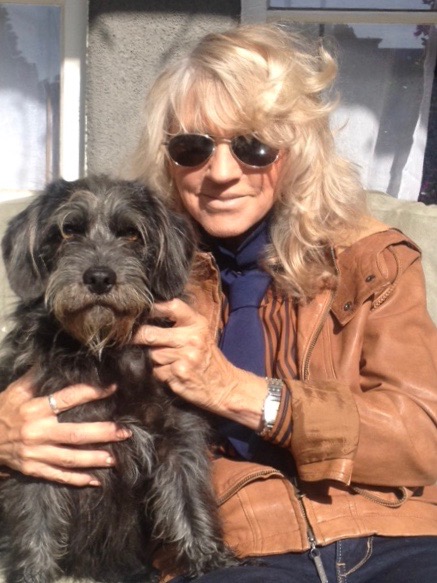 LOS ANGELES – Aug. 13, 2021 – PRLog — Dr. William Osgood, a Beverly Hills psychologist, must make a quick decision. Seventeen-year-old Loretta, his most troubled patient, has just fainted on his couch, and his Thursday night group is about to arrive. Knowing that allowing Loretta to stay is ethically murky and potentially perilous to the group’s dynamic, Dr. Osgood begins to consider what might happen once Loretta opens her eyes. He feels that Loretta will be safe – but even the good doctor can’t possibly predict the results of his decision.

Loretta, as it happens, has come to be Dr. Osgood’s patient under somewhat mysterious circumstances. Her story rivets the six members of Dr. Osgood’s weekly group, who themselves struggle with inner demons and life conflicts; when a bigtime talent agent is shot, the doctor recognizes that each of the group’s members may have had a motive. These psychological twists and turns – as well as Dr. Osgood’s own as he copes with a bitter divorce and downsized lifestyle – pave the way for the captivating story told in the debut mystery GROUP, by Lynne Turner. The thriller’s author knows her subjects well: she herself is a psychotherapist in Beverly Hills, and deftly weaves the lives and maladies of her characters with elements of mystery and surprise, set against the backdrop of the fringes of Hollywood and Beverly Hills.

“None of the characters in the book are based on my actual clients. However, the many compelling cases in my work, along with my deep love for Los Angeles, inspired me to write GROUP,” explains Turner, a lifelong fan of mystery writers. “My years of practicing psychotherapy have enhanced my ability to create characters that readers experience as real people, as opposed to caricatures.

“What is underscored in GROUP is the discrepancy between outward appearance and the actual genesis of one’s dynamics and one’s pain. In writing it, I wanted to give readers a ringside seat inside a therapist’s office and allow them to ‘hear’ the intimate details of each group member’s life, as well as to give them the rare opportunity to hear a therapist’s internal dialogue and witness his private life.”

Equally authentic is the geographic setting Turner provides, in part because another of her passions, Los Angeles street photography, gives her a literal close-up view of the city and its denizens.

“The many cultural references drawn from life in Southern California are, on the surface, funny and absurd,” Turner notes. “However, they also reveal a great deal about the values and aspirations of many Americans. The social injustices are gently exposed with humor and compassion. I’d like to think readers will be entertained, especially in these troubled times.”

By book’s end, not only is the mystery solved, but the characters – psychologist and patients alike — have grown and begun to heal, and a romance has bloomed. “GROUP is indeed a story about a particular group,” Turner says. “However, the word ‘group’ accrues meaning as the story develops. It demonstrates what can be accomplished with group effort, strength and understanding.”

Lynne Turner is a psychotherapist in practice in Beverly Hills, California, where she has practiced for over 30 years. She grew up on the East Coast, in the aptly named seaside town of Point Pleasant, New Jersey. After earning her Bachelor of Arts degree in English Literature from Montclair State University, she moved to Los Angeles, where she earned her Master of Science degree in psychology at California State University, Los Angeles. In addition to her practice and her writing, she is a Los Angeles-focused street photographer, which has afforded her the opportunity to take a closer look at the human condition from yet another perspective. She lives with her daughter and two dogs in the Hollywood Hills.

Available at, at www.Amazon.com, at books.friesenpress.com/ in traditional and e-book formats and as an e-book at the Kobo Store, Google Play, Nook Store and Apple Books. It will be available at brick-and-mortar stores this summer.

is currently under construction and will be up and running soon.