Kicking off the 10th anniversary of The Rotary Club Downtown Boca Raton (RCDBR), the Club held its annual installation of the 2022-2023 President and Board of Directors. 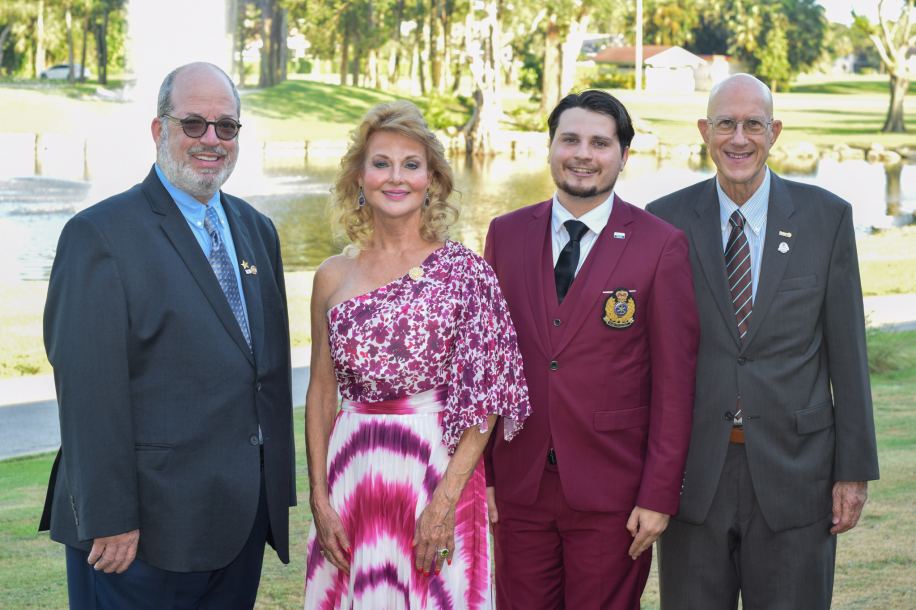 BOCA RATON, Fla. – June 28, 2022 – PRLog — Kicking off the 10th anniversary of The Rotary Club Downtown Boca Raton (RCDBR), the Club held its annual installation of the 2022-2023 President and Board of Directors at Boca Lago Golf & Country Club. Bringing laughter and smiles to dinner guests, comedian Jeff Laub was the “opening act” that “set the stage” for an entertaining, yet mission-based evening.

In tradition, the installation dinner opened with outgoing president Jon Carter recapping the year’s successes and recognizing Club members who have stepped up and stood out throughout the year. Carter recognized standouts Bruce Spizler as “Rotarian of the Year,” and Francesca Daniels, as “Rotarian Rookie of the Year” and presented the “Service Above Self Award” to the incoming president Jeff Weber, the “Gary Hickory Distinguished Service Award” named after a deceased founding member to Howard Tai-Retired Restauranteur (member since 2012). Several Rotarians were recognized with a President’s commendation for their great contributions to the club during Carter’s term.

The 2022-2023 President Jeff Weber was then ceremonially installed as by president by 6930 Incoming District Governor Buck Vocelle. Weber has served as a president of the Greenwich, CT Rotary Club and Amsterdam, NY Rotary Club during his 35 years as a Rotarian and joined Rotary Club Downtown Boca Raton in 2015.  Weber is a veteran radio executive spending 11 years as Executive VP and later President/Acting CEO of Blue Star Media Group in Greenwich, CT, the owner of two national radio networks and four radio stations. He has also managed radio stations and their sales departments in Baltimore, Indianapolis, Albany, and Charleston.   Currently, he owns Jeff Weber Media, is a national media consultant, and recently launched an Internet music station, BocaRadio.com. Weber is the father of two sons and has a grandson.

In commemoration of its founding date of July 17, 2012, and the Club will hold a special celebratory luncheon on Friday, July 22 to celebrate this 10th anniversary milestone.

“We certainly have much to celebrate this year and look forward to continuing our mission to make a difference in the community of Boca Raton focusing on health and wellness needs for area non-profits and scholarships for medical and nursing students in need.” said Weber.