In advance of Mardi Gras, The Batistes, NOLA’s Royal Family of Music join in Family Gras Celebration with thanks to Mayor Cantrell and her Office of Cultural Economy, Keeping Music, NOLA’s Cuisine & Joy Flowing! 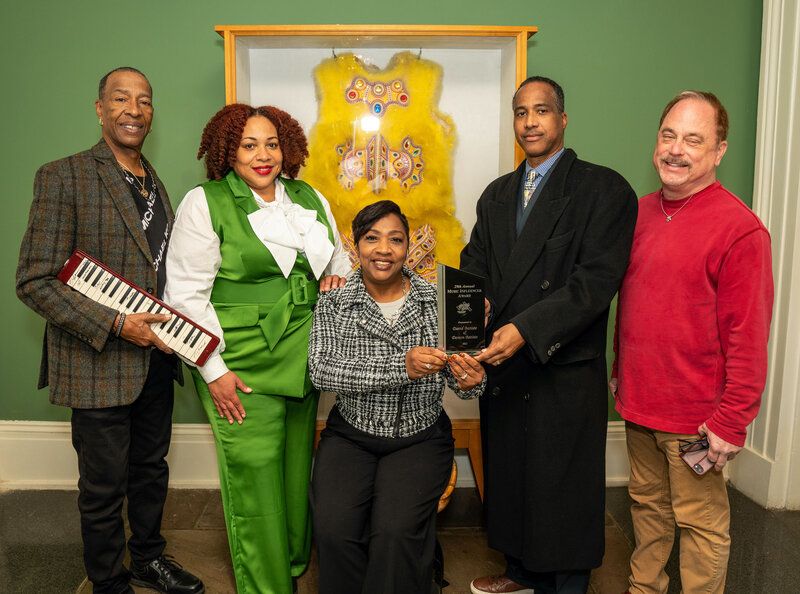 And the beat goes on with Louisiana Hall of Famer, David Batiste on today, Saturday, February 19, 2022 in the line-up at Family Gras, a free music festival taking place  two weeks in advance of Fat Tuesday.

“As we always say ‘ music is healing’ and it’s great to be leading the way to getting back on track after two years of having the music scene in New Orleans impacted by the pandemic,” said David Batiste. “It’s great to be a part of a festival paying tribute to Allen Toussaint and on the same bill as Marie Osmond, Sister Sledge, Girl Named Tom, Ann Wilson of Heart and others including the Batiste Brothers working to safely bring back the music.

“It’s a family affair in more ways than one,” said Damon Batiste, New Orleans Cultural Ambassador and Founder of NOSACONN, Inc. (New Orleans South Africa Connection).  “My Dad’s Band, ‘David and the Gladiators’ and also my uncle Paul’s band, “The Batiste Brothers” are helping to bring back the fun and music. And above all, Mayor Cantrell and her Office of Cultural Economy are leading the way for New Orleans’ culture to take center stage in the nation and the world with our own unique NOLA Flava!”

Coming off a recent trip to South Africa ( https://www.prlog.org/12896341-damon-batiste-of-nolas-roy…) his 82nd trip to Africa, the younger Batiste, will soon be on his way back to Africa in March to solidify sister city relationships between New Orleans and Durban, South Africa and other sister cities.  “It’s like the original African beats of Congo Square inspire me to make the connection between the motherland and New Orleans.  Yes the beat goes on as I work not only on culture and arts but tourism and trade generating business,” added Batiste.