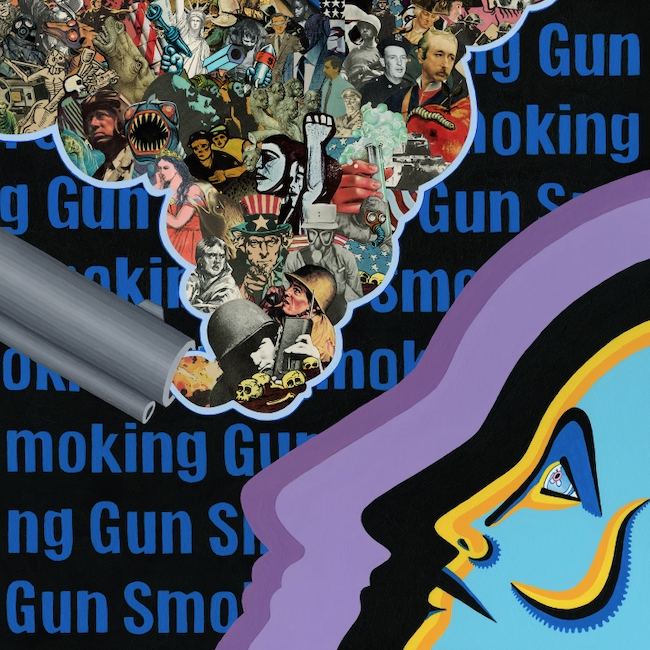 MANHATTAN, N.Y. – May 6, 2022 – PRLog — Deca‘s streak of entrancing releases continues with Smoking Gun, an album that deftly blends psychedelic, raw production with sharp insights and clever lyricism. But it’s also much more than that. Smoking Gun is a sonic representation of an artist grappling with living in America, a country with a network of broken systems that leaves Deca questioning when and if it may turn around.

As Deca tells it, there’s a default view of American exceptionalism that pops up in conversation, and darker aspects of history and the way power operates that many people are unwilling to explore. “We’re groomed to take what we’re shown at face value, and have a deep rooted belief that the people in power ultimately have our best interests in mind. History doesn’t back up that perception.”

To say this all makes for a compelling listen would be a vast understatement, because the New York City-based rapper/producer knows the key to presenting this material. He does it in a way that’s both refreshing and new, but never isolating or simply too oddball. There’s a left-field quality to his work, but Deca knows exactly what he’s doing. To prove that point, he enlisted fellow outside-the-box thinkers like Blu and Homeboy Sandman to appear on some of the album’s standout cuts.

“Shelter,” which features Blu, is a jazzy, dusty piece of thoughtful hip-hop with crazy flows and lyrics to match. It’s so good you’ll wish these two would record an entire project together, and the same goes for Boy Sand’s appearance on “Dawn Wind.” Backed by Deca’s own low-key funky production, both he and Homeboy Sandman go verse for verse, each offering their own take on how to liberate yourself from the machine that aims to surveil and control both our outer world and inner peace.

Other tracks embody a similar energy, including the justifiably cynical “St. America (feat. DJ Stan Solo)” and stunning “Tuning.” The latter track may just be the most impressive piece on Smoking Gun, thanks in part to the mind-melting beat-switch. It’s a thrilling musical journey that furthers Deca’s narrative about mankind’s ethical plight, and the problems we collectively face.

Smoking Gun is set to hit DSPs Friday, May 27, and is available now for pre-order digitally, as well as vinyl in both 180g classic black, and cobalt blue, via Coalmine Records.

Angel Sessions is bringing her best, on her upcoming new album with unleased material never before heard. Many of her past number one hits will be added to this new album. 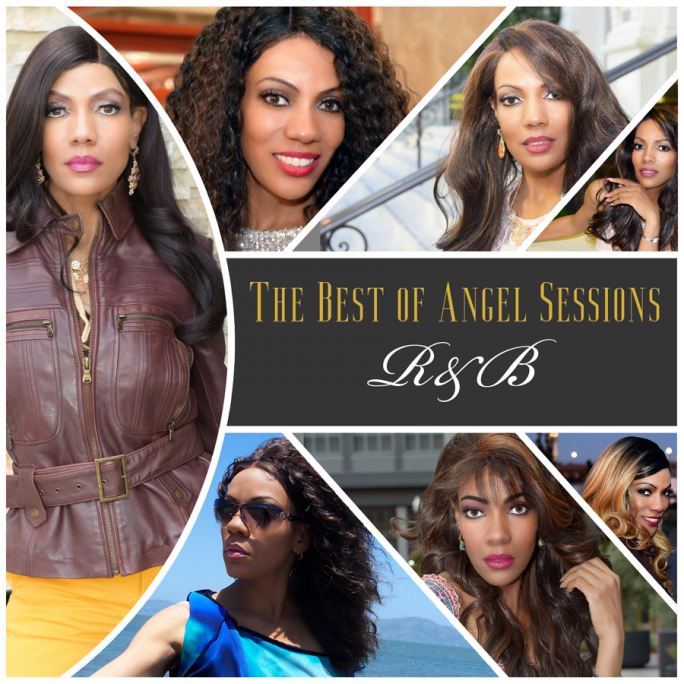 LOS ANGELES – Feb. 21, 2022 – PRLog — There is no stopping the legendary singer and songwriter, Angel Sessions as she continues to give to her fans, music to listen to. In 2021, Angel Sessions released two number 1 singles, “The L-o-v-e and “You Will Always Be (My Baby Girl) that peaked at number 1 on the Amazon Charts in R&B and Sound Click at number 1 on both R&B and Gospel Charts.

Some of her other past released songs such as Give My Love A Try, Open Up Your Eyes and Make up Your Mind will be featured on the album, however, Angel has some surprises with a few new songs that will be also on the album, along with other past songs that were released world-wide but not in digital format.

Though out the years, Angel’s music she released has peaked at number 1, and she has her fans to thank for that. “I truly love my fans, Angel quotes. They are the ones that keeps me motivated and going. I am thankful to God for the love my fans have shown me, and I want to give them always my best in music, because music soothes the soul and can be very uplifting in the days we live in.”

The new upcoming album, “The Best of Angel Sessions R&B are songs lyrically written and vocal arranged by Angel Sessions. One of single off the album, is called ‘You Missed a Good Thing” that was previously on Angel Sessions first album, Introducing Angel.

“This song has a fun up-tempo beat that tells a story about a girl telling her ex, you missed a good thing, and that she is gone, now that they have broken up. It’s a catchy song with a catchy hook you can dance to, with a funky sound” Angel quotes.

The album is on iTunes and Amazon now for pre-order and you can sample one of the song from the album entitled, Breathe.

The new album will be releasing on March 25th, 2022, worldwide on all streaming platforms and major online stores, and Archodia Play platform. To know more about Angel Sessions, visit her website at at www.angelsessions.com

Don’t be fooled by the deceptively simply title of Ayhan Sahin’s fifth single from the award-winning album “Pop.” While “I Like You” is, for sure, a giddy, rollicking uptempo pop jewel, its lyrics are decidedly PG-13.

But first… the production… Imagine a mélange of organic guitars and driving percussion, spiced with a power house wall of background “na-na-na” and “bah-da-bah-dap” vocals performed by Sahin, with vocal arrangements by Jerri Bocchino, so full-bodied that they actually become part of the instrumentation. That is a trademark of Young Pals’ founder Ayhan Sahin – who also commandeers the vocals in this fall 2021 release.

Co-written with longtime collaborators Bernadette O’Reilly and Emre Yilmaz, “I Like You” opens with: “All alone in my room I’m sitting, All alone in the hole I retreat, All alone in my womb… And then you come along, You mysterious thing, Like a secret police…” Then things get mighty real in the chorus: “I wanna hear you, I wanna hear you whine, Anything to talk to you all the time, Cause I like you.”

The song came together – like so many creative works – in the midst of the pandemic in Sahin’s New York City base. Sahin was able to rally his chosen musicians to produce the track at his Young Pals Studio in Lower Manhattan: Mike Sorrentino on drums, Carras Paton on bass, Gene Blank on guitars and Rob Preuss on piano, with Keith Fluitt and Jerri Bocchino on backing vocals.

Sahin adds, “When Bernadette showed me the new song she started working on, I wanted to sing it because I knew what it meant to her and I knew that I could deliver it the way she wanted because I was also relating to the words myself. I am very proud of the outcome. Not only the song met with my vision but also allowed me to try as a vocalist a challenge that I wouldn’t dare otherwise.”

Ayhan Sahin’s fifth solo single marks the finale release from the long-awaited full-length collaborative project “Pop” that features iconic artists of pop music’s timeline such as The Village People’s iconic cowboy Randy Jones, platinum selling artist Anita Ward, veteran recording artists Jerri BoKeno along with Keith Fluitt, Christi Bauerlee, and David Keeley. All songs are co-written and co-produced by Ayhan Sahin with hit songwriter Bernadette O’Reilly who has also worked for three decades in music management and Artist Development… Overall, the singles released from the “Pop” album saw critical recognition from award shows winning awards for categories, “Best Pop Song,” “Best Video” and “Best Singer.” Last but not least, Randy Jones’ single “Hard Times’” hit the Billboard Charts to claim a one month run on the Dance charts building a legendary status for Randy to be the only member of The Village People who achieved success as a charting solo artist.

Dean Blunts new album BLACK METAL 2 will be released this Friday 11 June by Rough Trade Records. Available digitally on Friday, the album will be released on heavyweight LP and CD on Friday 22 October. Pre-order: https://i-go-chop-your-dollar.com/