Union Minister for Science and Technology, Earth Sciences and Health and Family Welfare, Dr Harsh Vardhanhas launched“AahaarKranti”, a mission dedicated to spreading awareness about nutrition and accessible to all locally available nutritious food, fruits, and vegetables in India. 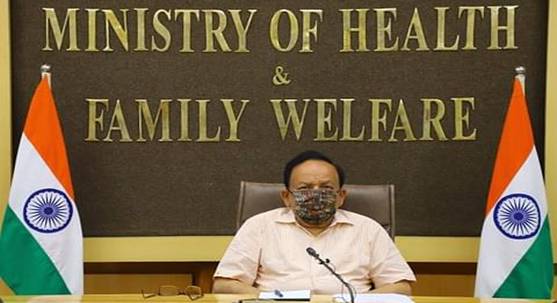 The `AahaarKranti’ movement is designed to address the peculiar problem being faced by India and the world-`hunger and diseases in abundance’. Studies estimate that India produces as much as two times the amount of calories it consumes. However, many in the country are still malnourished. The root cause of this strange phenomenon is a lack of nutritional awareness. 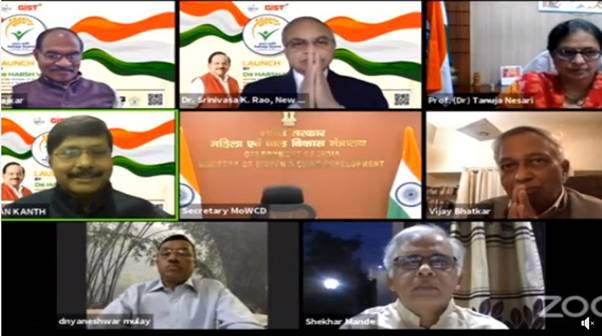 While Vijnana Bharati (Vibha) and ‘Global Indian Scientists and Technocrats’ Forum initiated the programme, several other agencies have also joined hands and have agreed to pool in their expertise and resources. Besides various central and state government ministries and agencies, the Department of Science and Technology’s autonomous body VigyanPrasar, and Pravasi Bharatiya Academic and Scientific Sampark (PRABHASS) are a part of this collaborative effort. More organisations are in the pipeline to join the Mission as it proceeds.

Launching the initiative in virtual mode, the Union Minister said that it was apt that a social welfare programme like AahaarKranti is being launched as a public movement on the first day of Ma Annapurna’s Chaitra Navaratri.

“Today when the country is reeling under the onslaught of a pandemic like COVID -19, a balanced diet serves as a special tool to reduce the impact of the pandemic. At such a time, the need to create awareness about the importance of a balanced diet has become more vital than ever before”, he said. 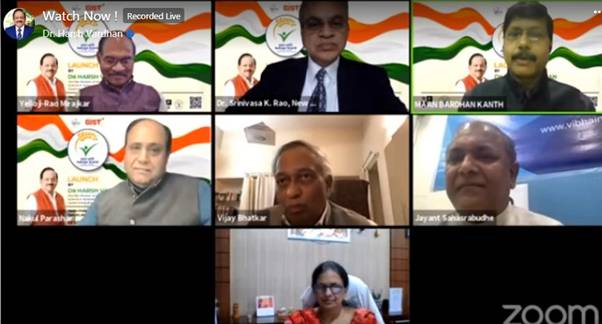 He appreciated that overseas Indian scientists are in the forefront of the campaign. “It is a noble effort to take the message of balanced diet to every Indian. The Logo you have created for the programme is commendable and a slogan like Good Diet – Good Thought brings all the country men together”, said Dr Harsh Vardhan.

He particularly mentioned the contributions of Dr YellojiRaoMirajkar, Dr SrinivasaRao and Mr.Praful Krishna of GIST who came together and initiated a discussion to give shape to the programme as a public campaign. “We know that you all have undertaken a gigantic task in your able hands. It has to be run for several years to reach the common man like the Green & White Revolution”, he added.

Underscoring that only healthy individuals can lead to a prosperous society, he noted that Indian Ayurveda has been a guide to the entire world. It is time that we used the knowledge to meet the various health and social challenges of today.

The aim of the AahaarKranti development programme is to spread the message of good diet to every citizen of the country. It is essential that every section of the society is involved to ensure that the message reaches out to all corner of the country. 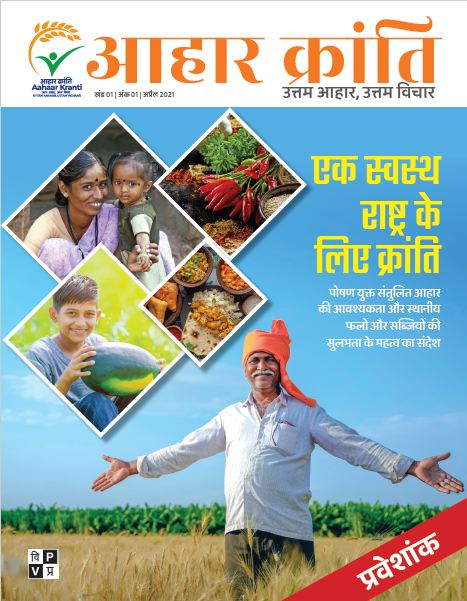 Director, Vigyan Prasar, Nakul Prashar, said “The mission will work on multiple dimensions simultaneously. In terms of objectives, it will seek to promote better awareness, better nutrition and better agriculture; the messages will be imparted through the curriculum in the form of `what’s and `why’s of nutrition, or through the forms of games or as instructions such as `how to’; and the content will be provided both online and offline, in all vernacularlanguages besides English and Hindi. The programme will focus on training teachers, who, in turn, will pass on the message to the multitudes of students, and through them to their families and finally the society at large”.

On this occasion, a monthly (English and Hindi) newsletter ‘Aahaar Kranti’ has also been launched, which is being published by Vigyan Prasar.