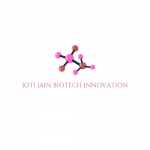 Morbidity and premature death from cancer results in healthcare spending and lost productivity. The economic burden of cancer is substantial in all countries and this can be reduced by prevention, early detection and innovating more cost-effective and effective cancer treatments. In US 2017 estimated cancer healthcare cost was approximately US$161.2 billion similarly in EU, the estimated cancer healthcare was Euro 57.3 billion

A history of previous lung disease such as pneumonia, tuberculosis, bronchitis, and emphysema are associated with an increased risk of lung cancer.

According to the world cancer research fund report on diet nutrition, physical activity and lung cancer published in 2017 and revised in 2018:

There is strong evidence that:

There is some evidence that