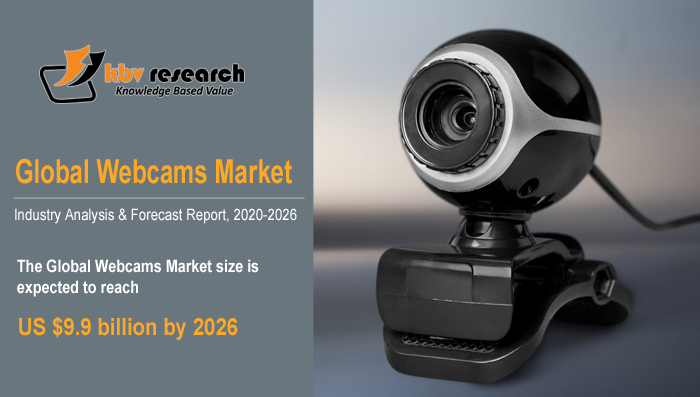 In terms of value, USB webcams led the industry. The dominance of this segment is attributed to its compatibility with multiple platform computers, such as Mac, Linux, and Windows. In addition, these devices are less prone to overheating, as they consist of larger casings that allow heat to dissolve quickly. With the increase in broadband and Internet connectivity worldwide, the wireless segment is expected to see significant growth during the forecast period.

The Security and Surveillance segment is expected to grow at the highest CAGR over the forecast period. The growth of this segment is attributed to increased use of cameras in household and commercial spaces, such as retail stores and malls, businesses and hospitality facilities. Commercial areas are more vulnerable to safety risks, such as theft, vandalism and inventory failures, which can be controlled by monitoring and surveillance in real time. The segment thus provides substantial market sales opportunities over the forecast period.

North America accounted for the highest market share and the region is projected to stay in the lead throughout the forecast period. Increasing awareness of public and private security measures is a primary component of the North American market. In addition, increasing demand for real-time monitoring and streaming of live events is projected to fuel the growth of the industry in the region.

Asia Pacific is projected to have the highest CAGR over the forecast period due to the increasing demand for these devices for video conferencing, online education and the healthcare sector. In addition, countries such as India and China are working to develop infrastructure and city surveillance, which is projected to create lucrative prospects for this industry over the forecast period.