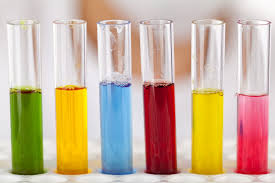 Polyethylene production holds about 60% share in India’s overall Ethylene demand. Polyethylene (PE) such as HDPE, LDPE, LLDPE and mLLDPE are the key raw materials used in the packaging industry which is growing at a greater pace with the country’s expanding organized retail and e-commerce sectors. There has also been a considerable rise in the demand for PE packaging in food, beverages, personal care, healthcare and consumer electronics industries. Production of Ethylene Oxide is the second largest application of the Ethylene volumes consumed in India. Ethylene Oxide is used in producing derivatives such as ethoxylates (used in shampoo kitchen cleaners etc.), glycol ethers (solvents, fuels etc.), ethanolamines (cosmetics , surfactants etc.), polystyrene (thermal insulation, elastomer, etc.) and many other downstream chemicals. With government’s keen focus on the country’s urbanization and infrastructure development, the demand for building and construction plastics, another major end-use segment of Ethylene, is set to take a strong leap in the near future.

During Q4 2020, the Indian chemical and petrochemical industry witnessed an unprecedented demand downfall due to coronavirus related restrictions which disrupted logistics and industrial operations across the nation. Lengthened Ethylene supply due to evaporating demand, pressured India’s Ethylene cost curve. Moreover, a sharp decline in crude oil prices further lowered the feedstock Naphtha values, slashing the Ethylene margins. The price for Ethylene hovered between $350-430 per tonne CFR (Cost and Freight) in Q4 FY20, to hit record breaking lows. Slump in downstream Polyethylene demand and swelling inventories forced domestic producers to announce temporary plant shutdowns. In April this year, Gas Authority of India Ltd (GAIL) announced temporary shutdown of its 400KTPA Polyethylene plant at Pata in Uttar Pradesh to deal with excess inventory during the pandemic crisis. Several Ethylene producers like state-owned Indian Oil Corporation and private-sector Haldia Petrochemicals also shut their crackers in Panipat, Paradip and Haldia due to strict lockdowns imposed in the month of March and April. These led to heavy losses to the local refiners who waited for certain relaxations to balance their petrochemical sales. However, with Indian government’s idea of unlocking the country gradually, the Ethylene demand and prices are heading towards substantial recovery. Also, Ethylene players are evaluating opportunities within the crisis such as importing cheap crude oil and diversifying their petrochemical portfolio, sensing market optimism due to government’s keen focus on its Make in India Scheme.

“With India’s growing petrochemicals demand, refiners are trying to diversify their product portfolio by entering into production of more value-added products. Although the demand for petroleum products used in transportation fuels is set to face pressure due to increasing use of electric vehicles in future, the petrochemicals sector (which accounts for nearly 30% of the country’s chemicals industry) is likely to witness remarkable growth in the forecast period. The performance of the petrochemicals industry is often benchmarked to Ethylene, which is majorly obtained through Naphtha cracking. Due to increasing consumption of polyethylene by several end users, the demand for Ethylene is expected to touch 15 million tonnes by 2030. However, due to the lack of olefin and several downstream capacities, India imports huge volumes of Ethylene from Malaysia, UAE etc. This demand supply mismatch and the government’s strong focus on its “Make in India” strategy pose a huge opportunity for players eyeing on capacity additions in downstream sectors. Over the past 10 years, imports of Ethylene derivatives have increased at a CAGR of around 15% and it is being anticipated that if the demand-supply lag remains, India will be the second largest importer of Polyethylene after China by 2023. However, sudden crash in upstream crude oil values and keen interest of several refiners of western countries across the globe to invest in the growing petrochemical market of India since onset of the pandemic, will propel the Ethylene market growth in the forecast period. As the world is switching from fossil fuels to renewable sources of energy and adopting electric vehicles, there is a strong possibility that local refiners would maximize their “oil-to-chemicals” conversion and would support the production of high value petrochemicals in the country. This further aligned with Prime Minister’s vision to reduce India’s reliance over imported commodities, would fuel the growth of Ethylene market in the forecast period” said Mr. Karan Chechi, Research Director with TechSci Research, a research based global management consulting firm promoting ChemAnalyst.

For more information, please visit us at www.chemanalyst.com