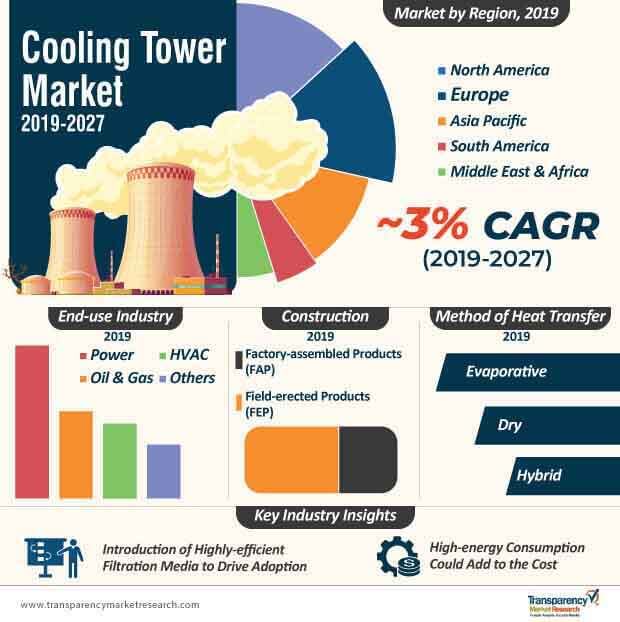 Field-erected cooling towers are large structures made of concrete, FRP (fiber reinforced plastic), wood, etc., meant to withstand weather changes. These towers are generally used in heavy industrial areas where they utilize large volumes of water to perform cooling processes. They are anticipated to hold the largest market share by 2027 under the construction segment. Factory-assembled cooling towers are also known as ‘package’ or ‘modular’ cooling towers, and are made in a factory. They are comparatively smaller in size, energy-efficient, take less space and time to build, and are cost-effective. These are used in small industrial plants.

The evaporative cooling tower segment holds the maximum market share, while dry cooling is the second-most used technology. This method of heat transfer is expected to grow moderately during the forecast period. Hybrid cooling towers are witnessing increase in demand, as they reduce thermal plume and conserve freshwater use in plants.