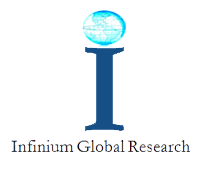 Infinium Global Research has added a new report on Epilepsy Drug Market. The report covers the analysis of global as well as regional markets of epilepsy drug. Moreover, the report gives insights into the factors that affect the global as well as regional performance of the market in the short run and in the long run. According to the report, the global epilepsy drug market is projected to grow at a CAGR of 7.1% over the forecast period of 2019-2025.

Ask for Sample Copy of Research Report with Table of Content @ https://www.infiniumglobalresearch.com/reports/sample-request/6045

Epilepsy is a neurological disorder in which brain activity becomes abnormal, causing seizures or periods of unusual behavior, sensations, and sometimes loss of awareness. It occurs in both sexes, at all ages, particularly in childhood and an increase in aging populations. Moreover, the most common type of epilepsy is idiopathic epilepsy and has no identifiable cause. This brain disorder is usually treated by medication and in some cases by implantable devices, surgery, and dietary changes.

Growing prevalence’s of neurological disorders, growth in roadside accidents and rising occurrences of epilepsy across the globe are some factors driving the growth of epilepsy drug market. As per the World Health Organization, it is estimated that around 50 million patients are living with epilepsy and about 2.4 million people are diagnosed with epilepsy each year. Furthermore, anti-epilepsy drugs Epidiolex approvals for pediatric epilepsies is another factor help in the growth of the epilepsy drug market.

Additionally, growing awareness about epilepsy among the people, increasing government funding and drugs reimbursement options are further expected to fuel the market growth. However, less awareness regarding epilepsy drug in middle-income economies is likely to restraints the growth of epilepsy drug market. Going further, growing R&D investment and number of manufacturers are more focusing on developing the greatly effective and safe medicines to control seizures in patients suffering from epilepsy disorder are creating growth opportunities for the growth of epilepsy drug market.

Geographically, North America is expected to hold maximum share in the epilepsy drug market. The factors such as increased investment in the R&D, presence of favorable government initiatives and new product development are responsible for the growth of the market in the North America region. According to data released by CDC’s, the number of U.S. children and adults with epilepsy are growing, with at least 3.4 million people living with epilepsy disorder. Epilepsy is more common in developing countries than in developed ones. Moreover, Asia Pacific is anticipated to witness the highest growth rate during the forecast period. The growth of this region is attributed due to growing awareness regarding epilepsy drug and increasing incidences of brain injuries.

Reasons to Buy this Report: