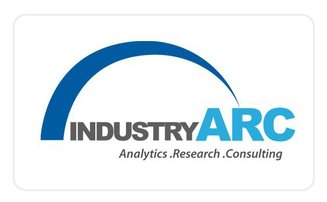 The Indian valves market will be highly dependent on the country’s manufacturing sector for attaining growth. India’s industrial and services sector development is taking place at a prolific rate, simultaneously generating a high demand for factory equipment. Valves including solenoid valve, safety valve, control valve, needle valve, and ball valve, form an important component of the manufacturing and factory processing system. They control the input and output of fluids, thus assisting many important functions in the Indian manufacturing units. India’s manufacturing sector has been estimated to witness noticeable growth.

The Indian government’s ‘Make in India’ programme will be pivotal in ensuring a high industrial output. Under this programme, the government of India has estimated that the manufacturing sector will contribute 25% to the gross domestic product by the end of 2022 as compared to the current 16%. Furthermore, India is also attracting enormous Foreign Direct Investment which reached $76.82 billion in June 2018.

Water and wastewater industry has been estimated to be the most promising segment of the Indian valves market. India is suffering from a terminal water crisis which is expected to get worse with the population expected to reach 1.6 billion by the end of 2050. This has put enormous pressure on the Indian government and private players to increase wastewater treatment facilities. Approximately 62,000 million liters of sewage is generated every day in urban parts of India. Only 30% out of this total wastewater generation gets treated while the other 70% lacks proper treatment facilities. This points out towards the investment potential that the wastewater treatment companies have.

The three kind of valves used inside treatment units are air, check, and shutoff. All the three valves collectively control reverse flow, expel excess air, and provide isolation to the pumps for maintenance and cleaning: processes that are imperative for treating sewage. Without these valves, seamless flowing of the treatment process would be extremely difficult to implement. This will act as a driving factor for the Indian valves market in the forecast period. The segment of waste and wastewater will grow with a CAGR of 7% during the forecast period 2019-2025.

India has gradually transformed from being an agricultural country to featuring a robust industrial sector. The growth of several industries in the country is burgeoning and contributing to the rise in production of various industry parts such as valves. India imported taps, cocks, valves, and similar appliances worth $1.4 billion in 2018.

Oil and Gas Industry – India is one of the world’s top three importers of petroleum and crude oil with the country exporting these products worth $114 billion in 2018. India’s economic growth is largely dependent on the oil industry as its products contribute to the rising energy demand. Indian government’s role has also contributed to this import. The government has adopted many policies such as 100% Foreign Direct Investment in industrial segments such as refineries, natural gas, and similar sectors. The oil and gas industry makes use of a number of valves including ARC, ball, bellow sealed, breather, butterfly, gate, globe, ORBIT, plug, pressure seal, and others.

Key companies that are operating in this market and are ahead of the curve include L&T, Virgo, Weir, Koso, NSSL, Samson, Kirloskar Brothers, KSB MIL, Emerson, IMI, Flowserve, and Cameron-Schlumberger.