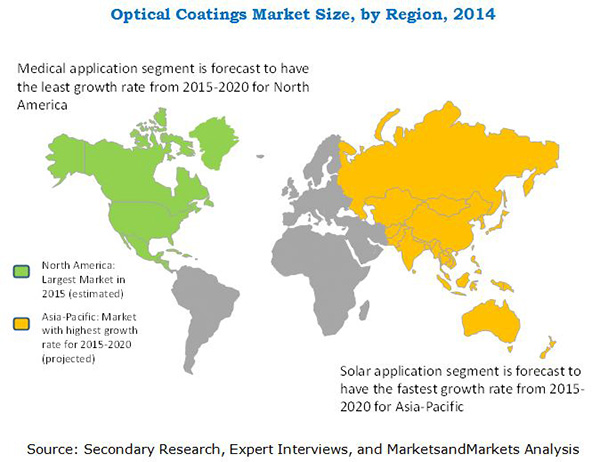 Television is the largest application segment of the optical film market, in terms of value and volume.

The major applications in the optical film market include television, smartphones & tablets, desktop monitors & laptops, signage/large format display, and automotive display. The television application segment accounted for a major share of the market, in terms of value and volume, in 2018. High acceptance of optical film in the LED and LCD is the key reason for the high consumption of optical film in the television application. This growth is driven by the increase in the screen size of LCD and OLED displays of televisions. A number of consumer electronics industry leaders produce LCD television in varying sizes and configurations due to the increase in demand for larger television units among end users, which, in turn, support the growth of the optical film market.

The polarizing film segment holds a major share, in terms of value, in the optical film market.

The polarizing film segment dominates the overall optical film market, in terms of value, as it is widely applicable in both LCD and OLED displays for various applications. Polarizing film converts non-polarized light into linearly polarized light by transmitting only the incident beam that propagates in one direction and absorbing all other beams. Recognizing letters and graphics without the polarizers would be impossible. A polarizing film is one of the core elements of the LCD and OLED technologies that enables display of images on LCD and OLED screen.

APAC accounts for a major share of the optical film market.

APAC accounts for the largest market share of optical film, globally. The large market share of the region can be attributed to the rapid growth of end-use industries, such as consumer electronics, automotive, industrial, optical equipment, and lighting, resulting in the constant demand for optical film in various applications. Countries in APAC such as South Korea, China, and Japan have the largest optical film manufacturers, globally, such as LG Chem, Ltd. (South Korea), Hyosung Chemical (South Korea), Toray Industries Inc. (Japan), Sumitomo Chemical Co., Ltd. (Japan), Zeon Corporation (Japan), and Kolon Industries Inc. (South Korea). All these factors are driving the demand for optical film in the televisions and smartphones application in this region.

Our 850 fulltime analyst and SMEs at MarketsandMarkets™ are tracking global high growth markets following the “Growth Engagement Model – GEM”. The GEM aims at proactive collaboration with the clients to identify new opportunities, identify most important customers, write “Attack, avoid and defend” strategies, identify sources of incremental revenues for both the company and its competitors. MarketsandMarkets™ now coming up with 1,500 MicroQuadrants (Positioning top players across leaders, emerging companies, innovators, strategic players) annually in high growth emerging segments. MarketsandMarkets™ is determined to benefit more than 10,000 companies this year for their revenue planning and help them take their innovations/disruptions early to the market by providing them research ahead of the curve.

MarketsandMarkets’s flagship competitive intelligence and market research platform, “Knowledgestore” connects over 200,000 markets and entire value chains for deeper understanding of the unmet insights along with market sizing and forecasts of niche markets.