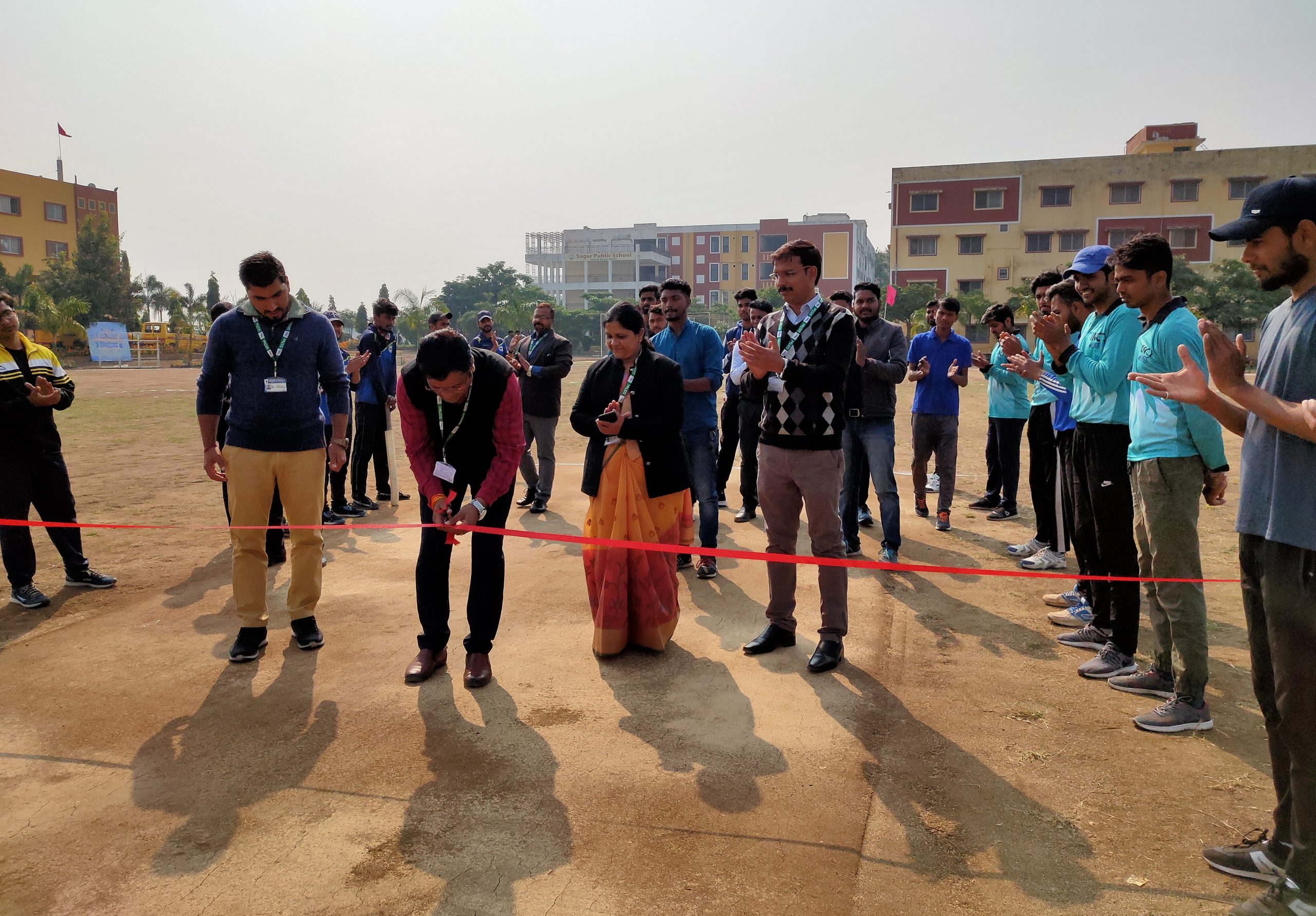 SISTec Ratibad campus organised an Inter-college Cricket Tournament — SISTec Premier League (SPL) 2020 from 4th February, 2020 to 11th February, 2020. This was the first time that the institute was organising an event of this calibre. A total of 32 teams participated in this event.
The opening ceremony of the event was done with a ribbon cutting to mark its commencement which was graciously attended by Dr. Jyoti Deshmukh (Principal, SISTec-R), Mr. Rahul Mishra (General Manager Administration, SISTec-R) and Mr. Akshat Shukla (Manager Admissions, SISTec-R).
During this week long event the matches were played on knockout basis. It was inspiring to witness the adrenaline rush, the pumped up energy and vigorous display of sportsmanship among the participants.
In the aftermath of all these matches the 1st semi-final was played between Sagar Institute of Science, Technology & Research (SISTec-R) and Mandhyanchal Professional University of which SISTec-R won by 54 runs. The 2nd semi-final was played between Radharaman Institute of Technology & Science and Bansal Institute of Science and Technology of which Radharaman won by 8 runs.
The finale played on 11th Feb, was between Sagar Institute of Science, Technology & Research (SISTec-R) and Radharaman Institute of Technology & Science, in which SISTec-R beat Radharaman by 1 wicket in an exhilarating turn of events with Raman Baghel and Geetesh Kudepa playing an extraordinary inning of 20 runs in 5 balls and 32 runs in 16 balls respectively. SISTec-R secured the trophy with a great home ground advantage.