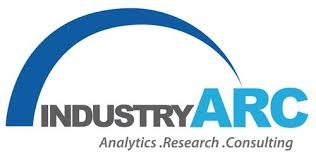 The rise in demand for power is increasing the mandate for power management and it is reflecting in the increment in the demand for inductors including air core inductor, iron core inductor, and ferrite core inductor that induce electromotive force when current flows through them. Designs of new power strategies, to increase the productivity of power generation can be a resolution to the power management. In addition to this, companies’ exploration of intelligent devices and innovative solutions are helpful in improving power management and efficiency to the next level. The inductor is popularly known passive electronic component because it acts as an essentially passive device in the electrical circuits. Usually, they are used in combination with capacitors as energy storing elements in the resonator circuits. Multilayer inductors are highly adapted to both filtering and miniaturized power conversion applications. Thick film inductors are high precision inductors compared to multilayer inductors and lesser precision than thin film inductors. These inductors are extensively used in combination with resistors and capacitors to form filters for signal processing and analog circuits in most electronic devices. Inductors are also extensively used to sense the magnetic field from a distance. Thus, inductive sensors are broadly used almost at every node with a traffic light, which is helpful in detecting the amount of traffic and also to adjust the signal accordingly. The transformer is formed by joining inductors, it consist of a shared magnetic path. This transformer acts as a central component of national electronic grids along with its presence in many power supplies to alter the voltage levels. These sensors work extremely well for cars and trucks. Inductors are majorly used to block AC while allowing DC to pass, they are well-known as chokes. These inductors are also used in combination with capacitors to create tuned circuits, which is useful to tune radio and TV receivers. Moreover, the inductors market valued at $3.5 billion in 2018 and is projected to grow at a CAGR of 6.2% over the forecast period 2019-2025.

At present, LED is playing a crucial role in today’s automotive designs. Increasing adoption of LEDs is reflecting everywhere. Starting from lighting in cars and trucks to every light source in the vehicles even in headlights. LED driver circuit comprises of a dc-dc converter that acts as an energy storing element and has become a vital component in automotive designs. Therefore, inductors are identified as the fastest growing elements in the automotive end-use industry with a CAGR of 5.3% throughout the above-mentioned forecast period. Widespread of LEDs in automotive vehicles is due to its high efficiency, small size and weight and also higher brightness levels. Additionally, LEDs support reduced power consumption from the battery in both electric and hybrid vehicles. Switch mode converters are mostly preferred to use for LED, especially in the automotive applications. These converters demand inductor as an energy storage element. Eaton’s DRAQ inductor product line gaining traction of automotive electronics engineers. Owing to its design flexibility for DC/DC converters, SEPIC, buck and boost converters. Furthermore, this DRAQ inductor has become the best choice for a diverse range of automotive applications everywhere in the vehicle, which include the engine compartment, interior lighting and LED lights. These inductors are mainly used in desktop and servers, DVD and media players, portable and handheld devices, LCD panels and also as a transformer in SEPIC, flyback.

APAC region held a domineering share of 33.4% in the global inductors market among other regions, as of 2018. It is due to the 5% rise in the annual growth of inductors (excluding inductors for discharge lamps) import value from 2017-2018. In 2018, China has been recognized as the largest importer of inductors worldwide, it has occupied a share of 21.5% in worldwide imports. India has experienced a progressive annual growth of 54% in inductors import value all over the world, over a span of a year that is from 2017 to 2018. Energy consumption in India is estimated to grow at 4.2 percent yearly for the next two decades and also aimed to overtake China – the world’s largest energy growth market by 2030. To meet the rising demand, the Government of India announced a number of energy initiatives which are intended at developing power generation capacity. Presently, India has installed a power generation capacity of 344 gigawatts (GW), it is making it the fifth largest producer in the world. Hence, these factors are indirectly impacting the growth of inductors market in the APAC region.

· Power Distribution: The transmission and distribution (T&D) of power is controlled by the government particularly in India. Currently, the Indian power sector is facing one of the largest challenge namely transmission and distribution losses. Which are specifically 26.35% at the distribution level and 8% at the transmission level of this nation. The Power Grid Corporation of India, it is a developer, operator, and owner of the national interstate power-grid. It represented that approximately $18 billion is going to be spent on the up gradation and extension of the Indian power grid to integrate it with smart technology in the next five years. India is stepping towards modernizing the grid system to bring stability and reliability of electrical power, and the demand is steady for both traditional T&D equipment, as well as “smart grid” innovations.

· Automotive Electronics: Car grade inductors are extensively used in the vehicles, as they are prominent in supplying noteworthy AC and DC resistance and also in improving the specific working with the accessories. Automotive level inductors are generally used as current inducing devices. These inductors offer filtered current for the vehicle’s components, such as information gadgets, entertainment gadgets, and directed lights. Increase in use of components in vehicles to enhance the efficiency with the operations is projected to drive the growth of the automotive level inductor. Likewise, governmental regulations allied to automotive electronic digital parts, for example, AEC-Q200 are frequently estimated to create a significant number of opportunities for automakers.

The Major Players in this Market Include:

TDK Corporation, Murata Manufacturing Co., Ltd., Vishay Electronics, Taiyo Yuden Co., Ltd., and Chilisin Electronics Corporation are the most prominent players operating in the global inductors market. These companies have been constantly focused on product launches, and acquisitions strategies to strengthen their product portfolio and their stable existence in respective geographies.