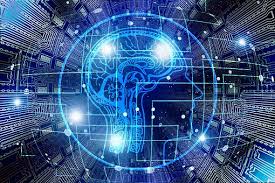 VALLEY COTTAGE, N.Y. (GLOBE NEWSWIRE) — The number of ePassports closed in on approximately 263,966 thousand units in 2018, and will record 19% Y-o-Y growth in 2019, according to a new study of Future Market Insights (FMI). Prospects of the ePassport market are influenced by a plethora of factors, ranging from protocols implemented by regulatory bodies such as ICAO, ACI, and IATA to improve border security, to smart airport initiatives such as biometrics.

The local data structure (LDS) format, traditionally employed in ePassports, have been witnessing changes recently. With the International Civil Aviation Organization (ICAO) working on new version of LDS, called LDS2, which will retain the backward compatibility while incorporating read-write function. This will further extend the functionality of ePassport with applications that enable storage of travel data, including travel stamps and Visas, coupled with other information that include special programs or advanced biometrics for special passengers.

The roadmap for LDS2 has birthed new concepts apropos of use and collection of passenger information, which in turn is expected to have far-reaching implications for the airports. With refugee crisis and rise in international terrorism, demand for counterfeit and stolen passports has been on the rise, which has led governments and airlines to better their security systems. Advent of ePassport alludes a future with more data transmission capability to a tamper-resistant and secure integrated circuit (IC), thereby revolutionizing airport security and reducing waiting times in long queues.

According to the study, RFID technology has witnessed widespread adoption in ePassport generation, with global sales estimated at over 207,396 thousand units in 2018. New applications of RFID for ePassport have been introduced, however considerable privacy and security risks have been identified recently. This has led to the incorporation of multistage authentication for verification of ePassports, resulting in the adoption of biometrics in combination with RFID to reduce identity theft and fraud, while aiding governments in furthering their border security.

Omnipresence of biometric technology continues to enable thorough, yet time-effective screenings with the aid of chip readers, which is particularly pervasive in commercialized settings such as the hospitality industry. As biometric technology becomes vital for national security, converging digital and physical identities via ePassports is viewed as commendable solution for improved efficacy and accuracy of border security. The study estimates the number of ePassports integrated with the biometric technology to register Y-o-Y growth at more than 18% in 2019 over 2018.

According to the study, companies operating in the ePassports market have been taking efforts to submit tenders and acquire supply contracts for ePassport developments and deployments. The multi-year service contract of Gemalto N.V. for British passports is a prime example of such instances. Key players in the ePassport market have been concentrating on the development & deployment of highly-encrypted ePassports, as new-generation passports witnessed increased incorporation by using PACE and SAC.

Lack of infrastructure developments and relatively expensive nature of ePassports remain key growth impediments for their market growth. ePassport penetration is currently limited to developed markets, and several developing economies are yet to introduce the biometric and electronic variants, particularly held back by lack of capital and technological know-how.

The study estimates Europe to lead the ePassport market in 2019, with East Asia following the suit. The market in East Asia is further projected by the study to outgrow all the other regional markets in the near future, with efforts of countries to improve their border security by introducing technologically advanced features in their passports.