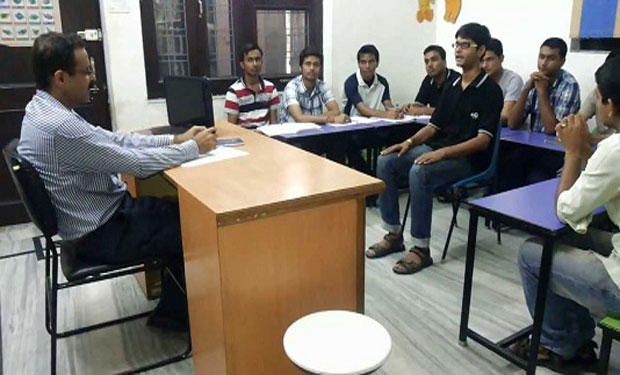 “Cadets Academy” is one of the Best SSB coaching center in Mukhrjee Nagar, Delhi. We provide guidance for the SSB interview and psychological tests as to join the Indian Army, Indian Navy, Indian Airforce. SSB that is Service Selection Board is the organization which is set up by the ministry of defense, India. They organize and conduct SSB interview of the candidates applying for Indian Army. SSB interview takes for 5 days long. There are two stages for the selection stage 1 & stage 2. SSB tests include Screening Tests, Psychology Tests, Group Tests, and Interviews. As the candidate who cleared the SSB tests are trained to get commissioned as an “Officer.
Five Days SSB procedure
Day 1:- The candidates have to give their screening test which includes Intelligence Test, Picture Perception, and Discussion Test.
Day 2:- The candidate has to give Psychology Test it is a written test as it includes TAT, WAT, SRT, SD.
Day 3 & day 4:- The candidates have to do a group test officer task which includes GD, Group Planning Exercise, PGT, Half Group Tasks, and many other tests.
Day 5:- Candidate and the SSB board member sit together for the conference.
Within an hour the SSB results are out and the selected candidate has to clear their medical test and after that, the final list is announced.
Tips for SSB preparation
1. Be confident
2. Stay fit
3. Self-awareness
4. Practice writing and analyzing
The “Cadets academy” prepares aspirants to get selected in an interview by providing guidance and practicing Mock interviews.

About the coaching center:-“Cadets Academy” is the well known SSB coaching in Delhi. As they provide the coaching and guidance as to clear the SSB interview as they make the candidate familiar with process and rules of complete SSB Interviews/Tests. They provide detailed coaching for Psychology test and give tips on how to attempt Interviews.