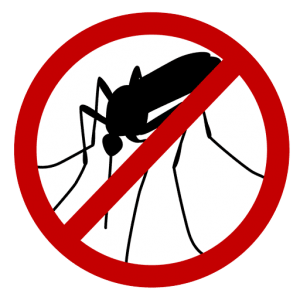 Adroit Market Research launched a study titled, “Global Mosquito Repellent Market Size 2017 by Type (Coils, Vaporizer, Mats, Aerosols, Cream, Others), by Application (Special Population, General Population), by Region and Forecast 2018 to 2025”. The global mosquito repellent market analysis consists of value for a period ranging between 2015 to 2025, where 2015 to 2017 imply the actual annual revenue with forecast between 2018 and 2025.

The global mosquito repellent market report also includes qualitative insights of the market such as drivers, restrains, value chain, regulatory framework and trade statistics. The value chain has been analyzed in detail covering key stages. Additionally, we have provided a comparison between the conventional types of mosquito repellents and the emerging new repellent types such as wristband repellents.

Request for sample copy of the report at: https://www.adroitmarketresearch.com/contacts/request-sample/461

By 2025, the global mosquito repellent market revenue is estimated to reach up to USD 15 billion driven by the increasing demand for the product as an effective tool to combat the various deadly diseases transmitted through mosquitoes. Governments as well as the global and regional health organizations have stepped up their investments on the eradication of the menace of mosquitoes, thereby positively affecting the mosquito control market size.

Tropical tourism is on a rise and the travelers are advised to carry a mosquito repellent with them on all times to prevent vector borne diseases. The number of diseases that can be caused by mosquito bites include deadly diseases such as Zika, chikungunya, malaria, and dengue among others. Travelling to a mosquito infected tropical destination requires repellents which contain 20-50% DEET content to be applied to the skin for effective protection against vector borne diseases. This has been instrumental in the rapid growth in the demand for the different types of mosquito repellents.

The investments for eradication of mosquitoes from heavily infested regions such as Africa, Southeast Asia, and the Latin American countries have witnessed a substantial increase. Five countries accounted for nearly 50% of all malaria cases around the world which included Nigeria, Democratic Republic of the Congo, Mozambique, India and Uganda. The investments in malaria control was USD 3.1 billion in 2017 whereas in 2016, the investment was USD 2.7 billion. The increasing level of investments is also propelling the global mosquito repellent market size.

Read more details of the report at: https://www.adroitmarketresearch.com/industry-reports/mosquito-repellent-market

The global mosquito repellent market analysis is segmented on the basis of the different types of mosquito repellents available in the market. Aerosol based mosquito repellents generated the largest revenue in the global mosquito control market size in 2017. The dominance of this segment is due to the higher preference of the consumer for aerosol based repellents as an effective way to get rid of the menace caused by mosquitoes. The aerosol repellents containing DEET or eucalyptus oil is widely preferred for repelling mosquitoes in crowded public areas. However, rapid evolution in the R&D activities have led to the introduction of innovative personal repellent products such as clip on, patches, and wristbands among others. The trend of application of personal repellents is gaining traction and is anticipated to witness the fastest growth during the forecast period.

Enquire more details of the report at: https://www.adroitmarketresearch.com/researchreport/purchase/461