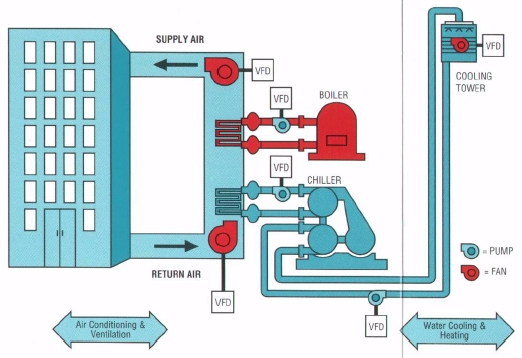 According to the new market research report “HVAC Controls Market by System (Temperature, Ventilation, Humidity, Integrated Controls), Component (Sensors, and Controllers & Controlled Devices), Implementation Type (New Construction, Retrofit), Application, and Geography – Global Forecast to 2023”, the HVAC controls market was valued at USD 13.63 Billion in 2018 and is expected to reach USD 27.04 Billion by 2023, at a CAGR of 12.1% between 2018 and 2023. Factors that support the growth of the market are the need for efficient use of energy in buildings, growing construction market, increasing adoption of IoT in the HVAC industry, and rising demand for building automation systems (BASs).

Growing urbanization, economic growth, and rising disposable income in Asia, the Middle East, and Africa are fueling the growth of the HVAC controls market for new construction. Governments of various countries are investing in the infrastructure development, which complies with environmental standards. Along with the need for infrastructural development, governments have also realized the need to curb the adverse effects of construction activities on the environment.

China, Japan, and India are the major consumers of HVAC controls. Governments of these countries have taken active measures for increasing the adoption of HVAC controls. For example, the Ministry of Housing and Urban Affairs, Government of India, has adopted a smart city mission, which focuses on developing the cities to make them energy-efficient and sustainable along with improving the quality of living in these cities. Owing to the increasing population and depleting resources, the development of smart cities plays a major role for future sustainability in terms of energy. Furthermore, Japan is following strict regulation in terms of improving energy conservation. From 2012, it has launched some policies related to buildings that comprise the promotion of the use of higher efficiency products in construction of houses and buildings. It also follows energy efficiency standards for all type of buildings, including new and retrofits.