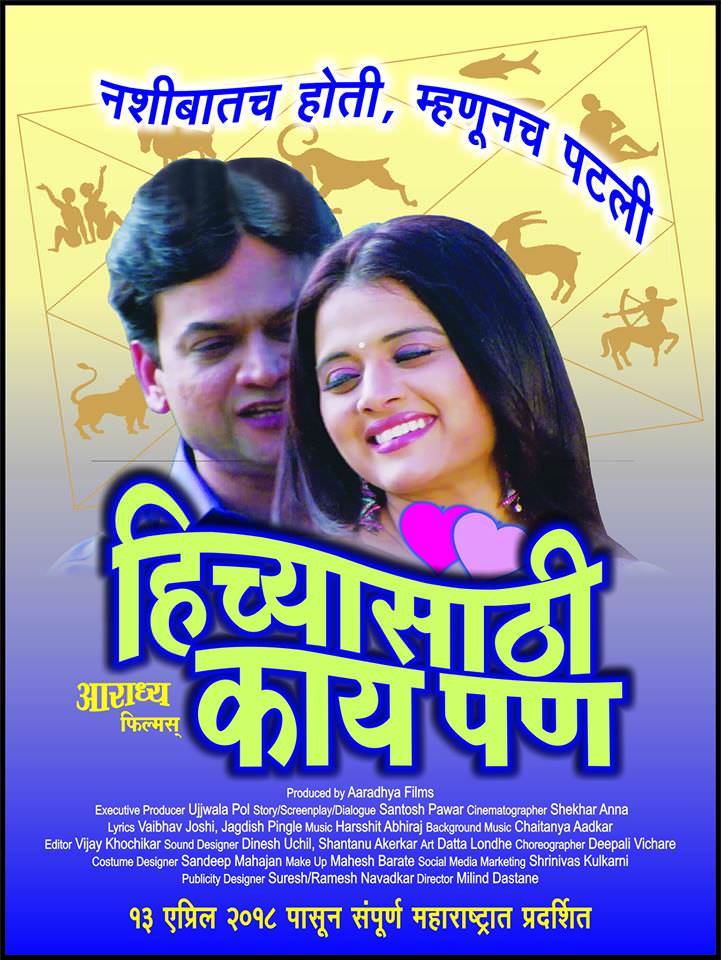 Hichyasathi Kay Pan is a Marathi movie released on 13 Apr, 2018. The movie is directed by Milind Dastane and featured Mangesh Desai, Nirmiti Sawant, Bhargavi Chirmule and Kushal Badrike as lead characters. Other popular actors who were roped in for Hichyasathi Kay Pan are Bharat Ganeshpure, Vijay Chavan, Nagesh Bhosle and Shrinivas G. Kulkarni.

Though it was released in a few theaters in Mumbai and around the area, it still appeared at more than 200 theaters in Pune and rest of Maharashtra. In the first three days, the box office has collected Rs 2 crore 75 lakhs. Inspired by the people, this week Hichyasathi Kay Pan show has been increased from 300 to 400. The ‘Hichyasathi Kay Pan’ movie in the outside of the cinema hall of Mumbai seems to be showing signs of a house full on the window. Actoress Shrinivas G. Kulkarni’s performance is liked by Audience.