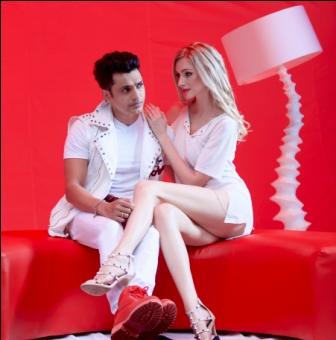 Singer and dancer Amit Jadhav says he would love to sing for Amir Khan and Shah Rukh Khan if given the chance.

Jadhav interacted with media on Monday talking about the success of his first single, ‘Haye Ve Soni’ with T series.

With his first step into the music industry when asked if he would like to sing for any specific actors in the film industry Amith said, “There are many actors I would love to sing for but if I have to name a few I will say definitely, Aamir Khan and Shah Rukh Khan.”

Amit who is known for his unique performances released a music video for his first single ‘Haye Ve Soni’ on T series channel in late October and has since received around 2 million views.

When asked about his association with T-series he said, “Had a lot of fun working with T series, it is a great platform. We have got really good comments from their subscribers on YouTube and the feedback has been really good for the music video as well as the song. It’s been only a month but I had a really good experience working with them.”

Reminiscing his days with X-Factor and his first shot to fame, Amit said, “When I participated in X-Factor I could do people that I could dance and sing at the same time it is not very common in India earlier people who would only visit my shows would know. In the show X-Factor, I was able to show it to the world. I got a standing ovation at my audition and my videos got viral since then it has helped me a lot to find my calling.”

Amit’s ‘Haye Ve Soni’ has received a lot of love and support online and is available on Youtube. The video is released by T-Series and directed by Prashant Singh.