Keeping up with its glorious 10th anniversary celebrations, GQ India unveils The 50 Most Influential Young Indians of 2018 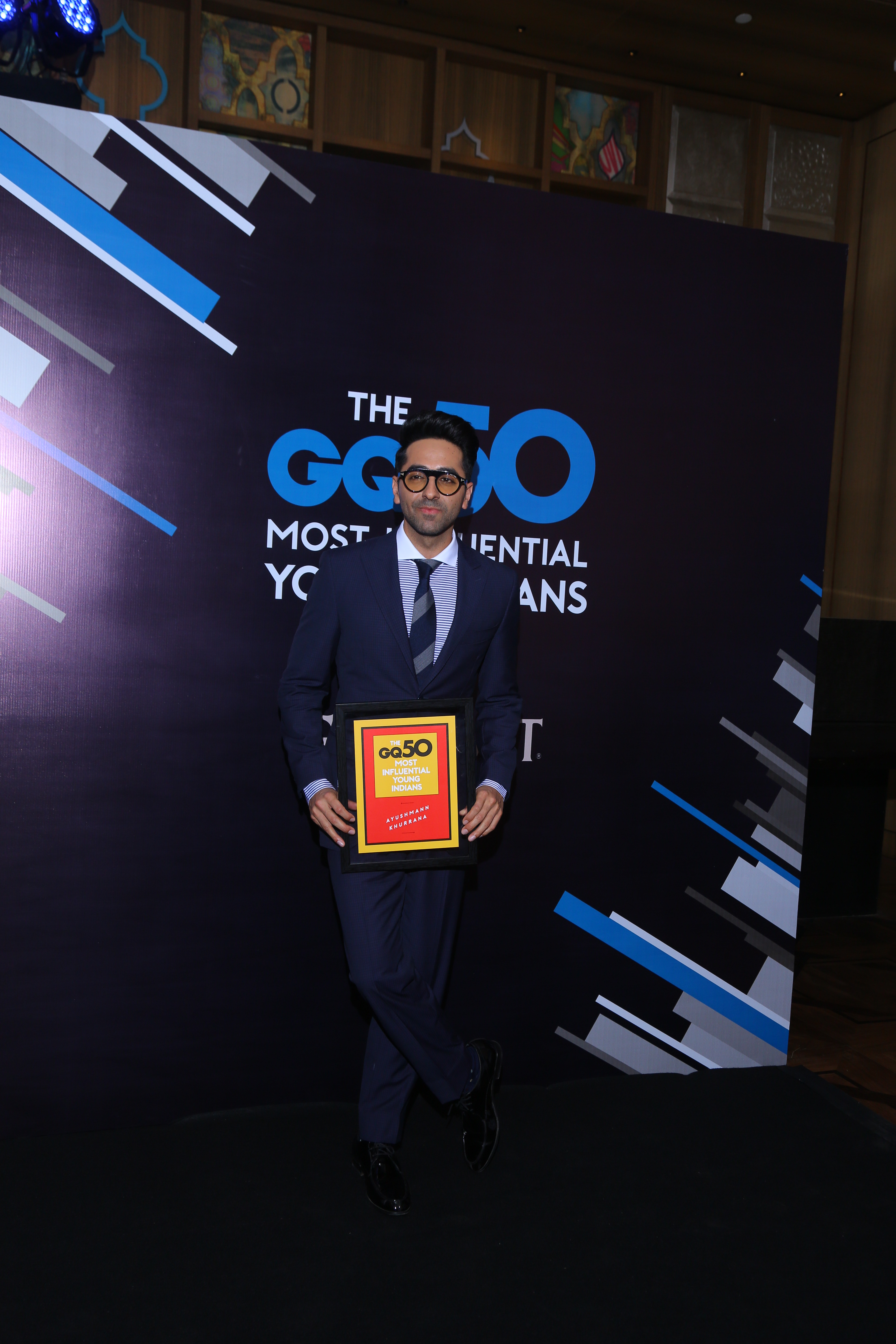 Ayushmann Khurrana was the Chief Guest for the occasion and engaged in a tête-à-tête with GQ India’s Editor-in-Chief, Che Kurrien

New Delhi, 24th November 2018: GQ India, the country’s ultimate authority in men’s fashion and lifestyle, presented its list of The 50 Most Influential Young Indians of 2018 on 23rd November 2018 at Hyatt Regency New Delhi. Held in association with The Glenlivet Books and supported by Royal Enfield, Lamborghini and Business Television India (BTVI), the evening saw the recognition of 50 most influential Indians under the age of 40 from a diverse range of backgrounds and professions – Business and Entrepreneurship, Fashion, Design, Media, Food & Drink, Entertainment, Sports, and Real Estate to name a few.

Hosted by Indian-American comedian Rajiv Satyal, the evening began with an engaging conversation between GQ India’s Editor-in-Chief, Che Kurrien, and Chief Guest as well as one among GQ’s 50 Most Influential Young Indians of 2018, Ayushmann Khurrana.

GQ’s Most Influential Young Indians is an editorial property launched in 2015 and is an authoritative list of young Indian influencers. As the front runners for tomorrow, the individuals featured on GQ’s Young Influential Indians list reflect not just the optimistic, youthful population of India but also its dynamic economy. Power-packed with some of the finest trailblazers of the Indian economy across industries, the night raised a toast to the young visionaries of this country.

Commenting on the occasion, Che Kurrien, Editor-in-Chief, GQ India, said, “Of all the lists we put out at GQ, this one is my favourite. The 50 young winners and their awe-inspiring stories fill me with hope about the future of India.”

The distinguished leagues of individuals, in no particular order of ranking, on GQ’s list of The 50 Most Influential Young Indians of 2018 are:

About GQ India:
Launched in 2008, GQ India, a market leader in men’s luxury lifestyle, is the affluent Indian man’s guide to the good life, offering international and fresh perspectives on fashion, luxury, fitness, travel, cars, watches and much more. GQ India also hosts some of the most flamboyant, classy and spoken-about events throughout the year like GQ Men Of The Year, Van Heusen + GQ Fashion Nights, GQ Best Dressed, GQ 50 Most Influential Young Indians, GQ Gentlemen’s Club, GQ Bar Nights, amongst others.
GQ India is a 100 per cent owned subsidiary of Condé Nast International. For over 100 years, Condé Nast has produced some of the finest, most successful and iconic media brands worldwide.

About Condé Nast India:
Condé Nast is a global media company producing the highest quality magazines, websites and digital content. Reaching more than 263 million consumers in 30 markets, the company’s portfolio includes many of the world’s most respected and influential media properties including Vogue, Vanity Fair, Glamour, Brides, Self, GQ, Condé Nast Traveller/Traveler, Allure, Architectural Digest, Wired, W and Style among others. In addition to publishing 143 magazines and over 130 websites, the company operates a restaurant division and several ventures in education. Condé Nast Entertainment develops film, television and premium video programming.
Condé Nast India launched with Vogue in 2007 followed by GQ in 2008, Condé Nast Traveller in 2010 and Architectural Digest in 2012.